It’s a universal truth that periods are not fun. They’re a necessary part of the circle of life, but hardly what I—or any woman—look forward to each month. This is probably due to the fact that despite dabbling with birth control and natural remedies, my period remains somewhat erratic and spontaneous, not unlike my own life.

My solution since high school had been to keep a steady supply of tampons on me, since those were pretty much foolproof and as discreet as any “feminine hygiene” product was going to be. But after learning of recent horror stories of toxic shock syndrome, a few articles about the dangers of inserting bleached and chemical-laden cotton into your vagina, and one very sobering tale of a model who lost her leg to TSS, I found myself reaching for pads.

Sure, they were bulky and uncomfortable, but I wasn’t going to lose a leg over a pad. Some of my friends sang the praises of menstrual cups, but a quick Internet search (I’m addicted to Web MD—no judgment) informed me that those guys could also make you susceptible to TSS, and in some cases, they might even get suctioned to your cervix. Rare, but it still low-key terrified me.

Which is how I discovered the world of period underwear. I first started paying attention to these when advertisements for a label called Thinx started popping up on New York subways (and, as expected, invited lots of controversy, as most things pertaining to women’s bodies in a patriarchal society are bound to do). But I didn’t take it seriously until a good friend of mine raved about the underwear she’d just purchased—not only were they effective, but they looked and felt just like regular undies.

And, like regular underwear, they’re reusable, which makes them more sustainable than disposable tampons and pads; basically, sheets of moisture-absorbing fabric (Thinx has four layers of fabric—moisture-wicking, antimicrobial, absorbent, and leak-resistant) are layered into the underwear, so you can either “free-flow” or wear them with a little extra protection, without fear of leaking or spotting on your clothes. These miraculous layers also keep you dry and odor-free. After hearing this, I was more than game to give ’em a go. 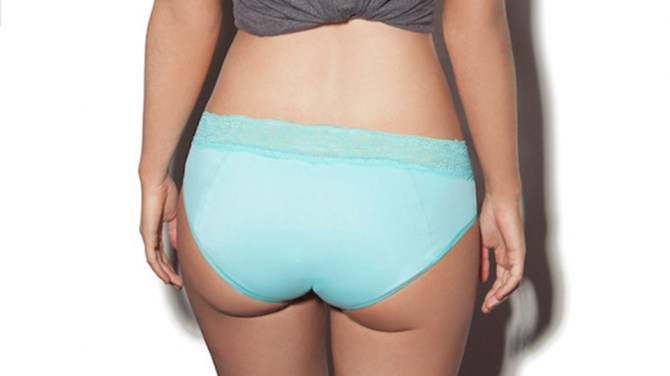 The first pair I tried was the Ada hipster from Dear Kate ($38); it was fully lined and fit true to size, although it felt a bit like a pair of swimsuit bottoms in terms of material and heft—not uncomfortable, but it took some getting used to. I wore it at the beginning of my period, when my flow tends to be a little heavier, and it did a solid job. No leaks, no odor, nothing. Dear Kate says that you can wear the underwear with tampons/pads if you feel like it, but I found that their coverage was enough. Another boon? Machine washable! 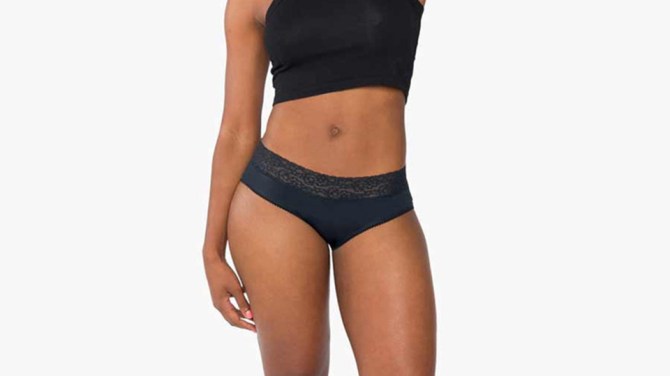 When it comes to period underwear, Thinx is the real MVP. I tried the hip-hugger style ($34), which is fully lined and can hold up to two tampons’ worth, on the heaviest day of my cycle. Amazingly enough, I didn’t leak, still felt pretty comfortable, and there was no odor. What was also great about the Thinx pair is that they were relatively thin compared with other brands’ styles, so it still felt like I was wearing a regular pair of underwear, even though I was “free-flowing,” so to speak. Like Dear Kate, Thinx can be worn with other “protection,” but I honestly felt like I didn’t need it. Later in my cycle, I tried the sport style ($32), which is for “medium” days and can hold 1.5 tampons’ worth, which was perfect for a lighter day. 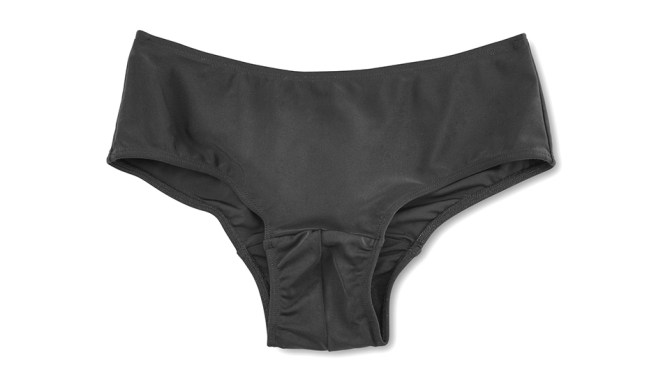 Panty Prop ($19.99) looks like a pair of Spanx and unfortunately feels like a pair of Spanx, too. It’s basically a heavy-duty pair of elasticized granny panties, with a sort of built-in pocket for a pad, so that your pad won’t slip off or fall out (not sure if this has ever really happened to anyone in the recent history of pads, but that was the rationale behind this, so…). Anyways, it did the trick—no leaks, but I did still have to wear a pad (no free-flowing here!) and felt like I was a middle-aged woman at an awards show, strapped into her Spanx. 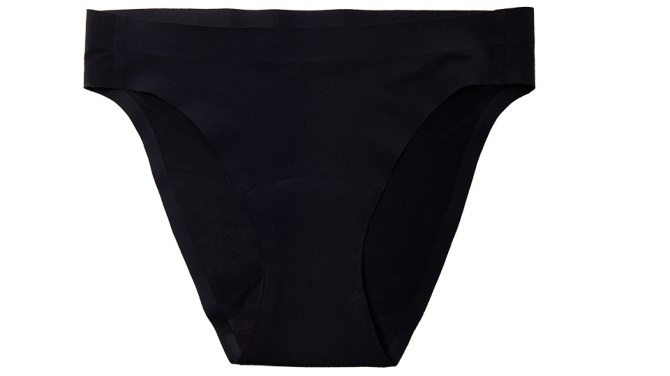 Knix provided the perfect alternative for those pesky final days of spotting, when my period’s not quite over. Its athletic bikini ($22) was thin, lightweight, and absorbed all moisture, so I was super comfortable. I loved that these were seamless, so there were no panty lines, and also that they were so breathable. I could definitely see myself using this for days when I’m headed to Bikram, instead of just when I’m on my period.

Consensus? I’m definitely sticking to Thinx the next time it’s that time of the month. These underwear were comfortable, reliable, and had a variety of styles to match not only my flow, but also style needs.