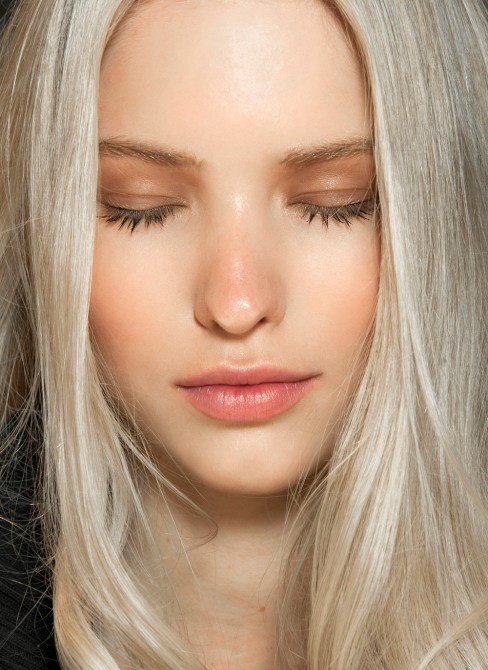 I’ve never been obsessively nit-picky about my appearance. I like to experiment with beauty trends whenever one strikes my fancy, but considering the “no makeup makeup” look has been in for a minute now, one does tend to reflect on her appearance in a renewed light. If anything, this minimalist makeup movement has pointed out that having good skin and hair is all fine and dandy when you’ve got a dozen Instagram filters to blur and refine, instead of being your makeup for you, but what about my bare, short lashes that stick straight out?

The road to long lashes is… not short, to say the least. Long natural-looking lashes can be tricky to achieve in a way that doesn’t cost half my paycheck, so it’s been a lot of trial and error to get there.

MORE: How To Grow Your Most Beautiful Lashes

Curling your lashes is one of those simple “hacks” to make your lashes automatically look longer, when in reality the illusion is that bending their angle mostly serves to make my short lashes look just a little fancier. I even bought the top shelf of eyelash curlers—Shu Uemura‘s— which promises optimal curl with minimal pinch. It lived up to those promises but my lashes didn’t live up to my (admittedly higher) expectations.

But it’s 2015—why not just use a lash-growth serum or get lash extensions? Easier said than done, that’s why. Honestly, I can’t with lash extensions. You get them put on, you can’t wash your face properly lest you get them wet (yeah—you can’t get them wet), they’re really expensive and last for less than a month. Seems like a pretty poor deal to me.

Lash serums on the other hand often come with consequences. The ones I’ve tried (and there have been a LOT) either haven’t worked at all or have worked but have also given me red itchy eyes. I actually remember a time I tried a lash growth serum for the first time that came highly recommended from a friend—I applied it at night before bed as instructed, and woke up the next day with super bloodshot eyes that would not quit no matter how much Visine I dropped in them. I also happened to have a date that evening and didn’t cancel, thinking “surely this redness will subside by nightfall!” Wrong. So I had a lovely dinner with a handsome man who I’m pretty sure thought I was super stoned the whole time. We did not have a second date—the guy and the lash serum.

While I thought I could get around it with lash-growing potions, I found myself just wanting an easy option for long lashes that wouldn’t potentially blind me in the future. My hunt for “The One” mascara began, the method of which consisted mostly of word-of-mouth recommendations and feverish trials at a Sephora. I was told fiber mascaras were the best new option on the market, especially ones from Asia. My cousin gifted me this adorable Japanese mascara that did wonders for length (not so much volume) but took several attempts to remove, leaving me with red and irritated skin around my eyes from overzealous scrubbing. DJV Fiberwig is pretty great, doesn’t smudge and removes easily with just warm water. They claim to use a “tubing” technology where the formula forms a tube  around your lashes but doesn’t adhere to them as tightly as regular mascara… the fibers can sometimes flake off underneath your eye, but then again, so do most mascaras.

A few non-fiber mascaras that really impress me are Dior’s Blackout, Lancôme’s Grandiôse and TooFaced Better Than Sex. L’Oreal’s Butterfly Mascara is also my top drugstore pick for lengthening your itty-bitty lashes—it has a futuristic alien-looking brush that really sculpts every lash. Once I’ve properly “styled” my lashes with either of these mascaras, my lashes are like headlights. I could almost hear a *ping!* when batting my lashes, they were that doll-like.

I’m glad I tried a few different lash-growing methods before opting for the “Cinderella method,” AKA long lashes that you can remove at night. I keep an arsenal of the aforementioned mascaras in my collection at all times, mostly because I wouldn’t be caught dead without my now signature long lashes—even on the way to buy mascara.

MORE: The Mascaras To Give You Super Long Lashes