Over the past decade, at-home teeth whitening has come a long, long way. While going into the dentist (ugh, the worst) is clearly the most effective course of action, there are some pretty advanced ways to combat yellowing teeth without having to shell out the major bills at the dentist. Back in the day, whitening toothpaste, strips, and even gargling peroxide — if you want to be super old school — were some of the only out-of-office options. Just like LED light treatments used on the skin for anti-aging and acne benefits, at-home LED devices are now being used to brighten up your pearly whites. And, while were initially rather costly, finding the best LED teeth whiteners when you’re on a budget is surprisingly pretty easy.

As an avid and long-term drinker of coffee, I can safely say that my teeth have most certainly paid the price. And while I’m definitely insecure about my stained teeth, I am certainly not willing to give up my morning (and afternoon, let’s be honest) cup of joe for a blinding smile. With that being said, despite my aversion for quitting such common teeth-staining culprits, I’m also a big advocate for finding ways to combat years of my habit, without relying on costly in-office treatments to get the job done. Frankly — and apologies if this is slightly gross — if I’m going to go to a dentist’s office, it’s going to be for a cavity, root canal, or something relatively serious. Because no one in their right minds wants to be in a dental office if it isn’t absolutely necessary.

LED whitening kits work blast away discoloration by using a topical whitening solution alongside a mouth-sized LED light. LED technology has been found to amplify the effects of whitening solutions, which are generally peroxide-based. I thought the idea was a gimmick, to be sure. But after experimenting with a few on the market, I’ve found they actually do work, and some of the kits don’t cost more than my once go-to whitening strips.

STYLECASTER’s mantra is ‘Style To The People’— and our mission is to be an accessible, inclusive, ahead-of-the-trend destination for millennial and Gen Z women who want to live with style and substance. Our fashion, beauty and lifestyle coverage is equal parts informative and inspiring, and at once aspirational yet attainable. If you purchase an independently reviewed product or service through a link on our website, we may receive an affiliate commission. 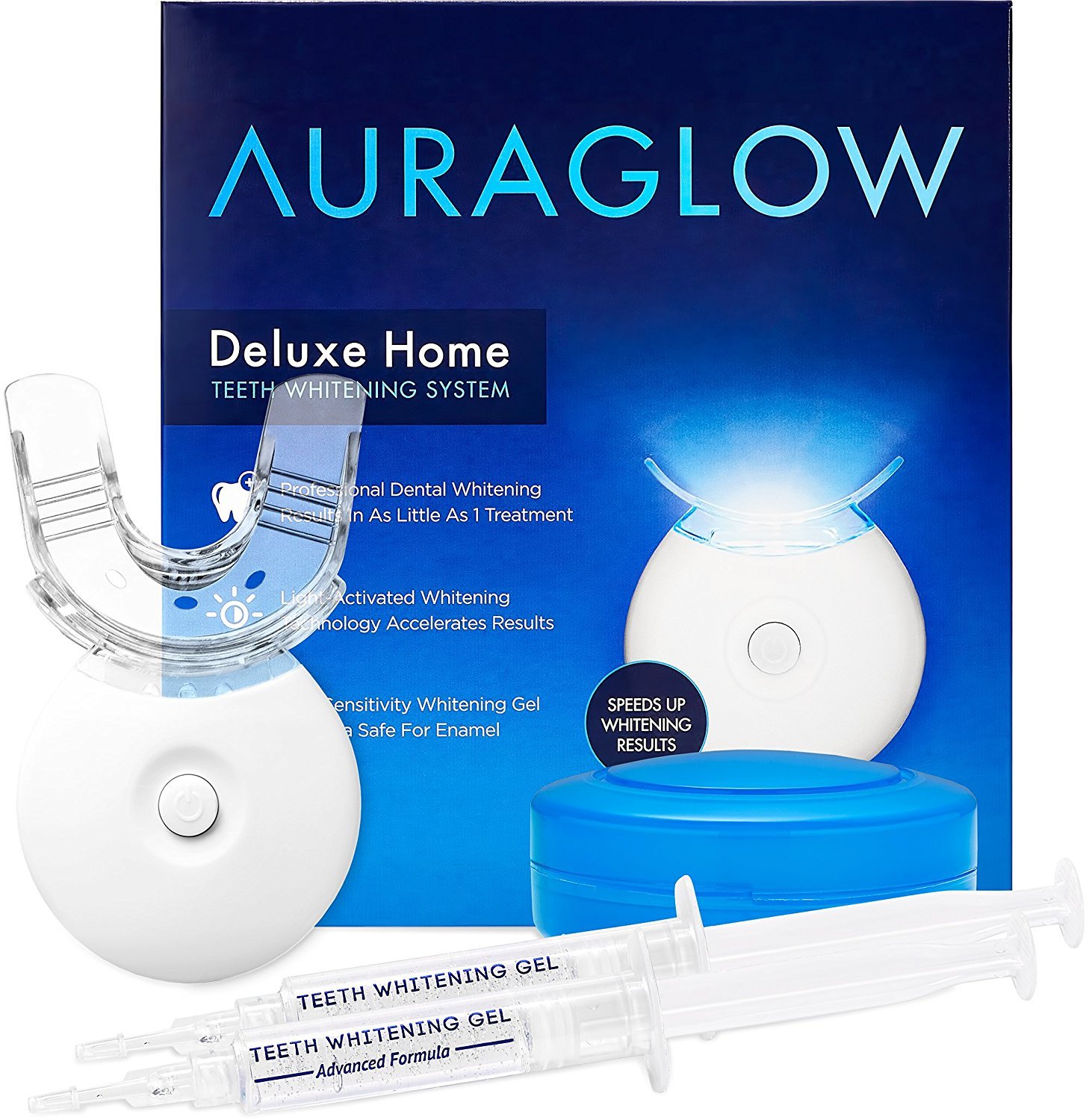 This comprehensive whitening kit comes with an LED light, 35% carbamide peroxide brightening gel solution, 2 gel syringes for easy application, a tray, and a case. The universal mouth tray also doesn’t force you to boil or mold to get the right fit to your mouth either, which really gives this option extra points for being so hassle-free. 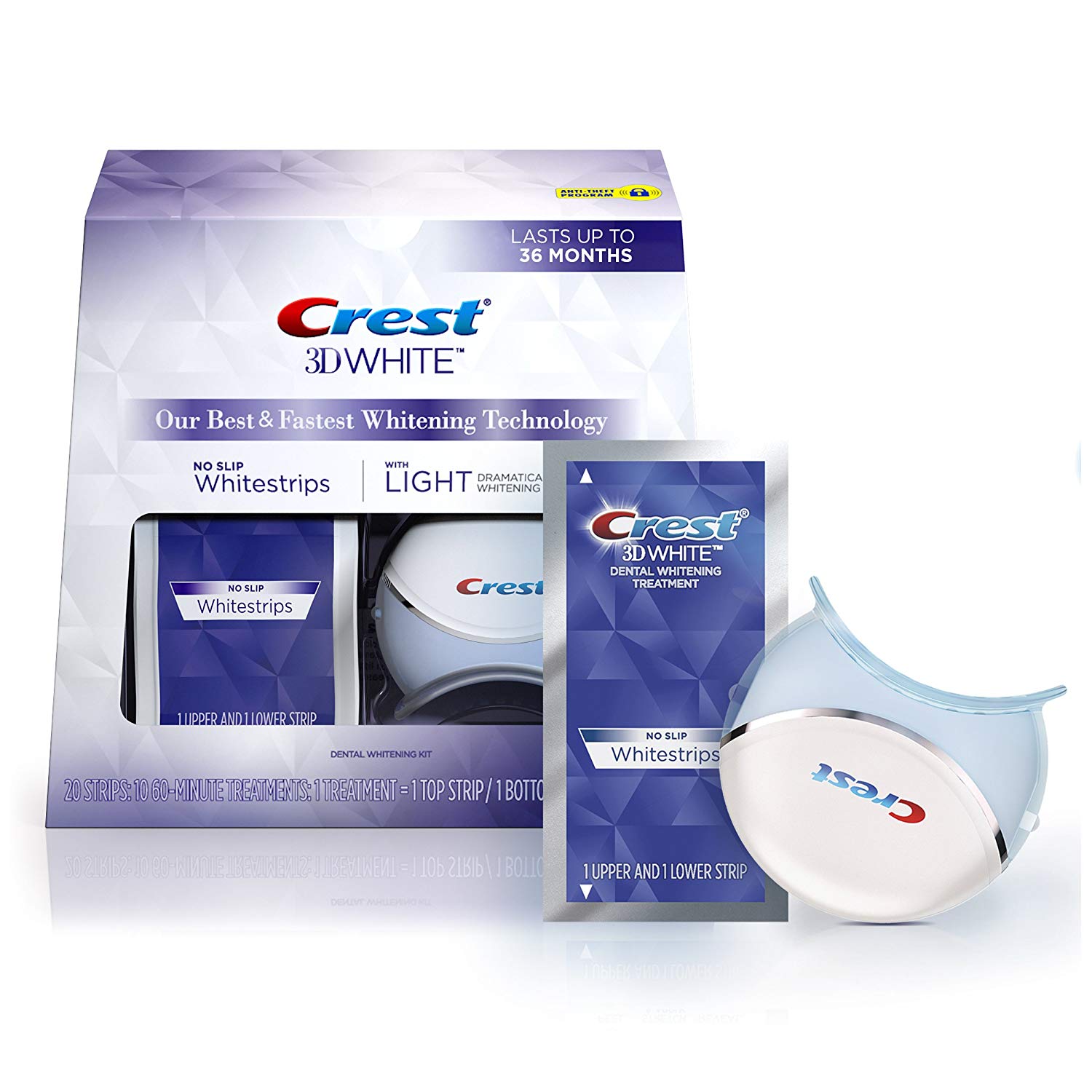 I’ve used Crest’s White Strips on and off for years because I honestly believe they work and give you visible results after just a couple uses. Now, you can get even better and faster results with their latest whitening strip kit complete with an LED device. And, the results actually last up to 36 months, which is clearly impressive. I’m totally hooked. 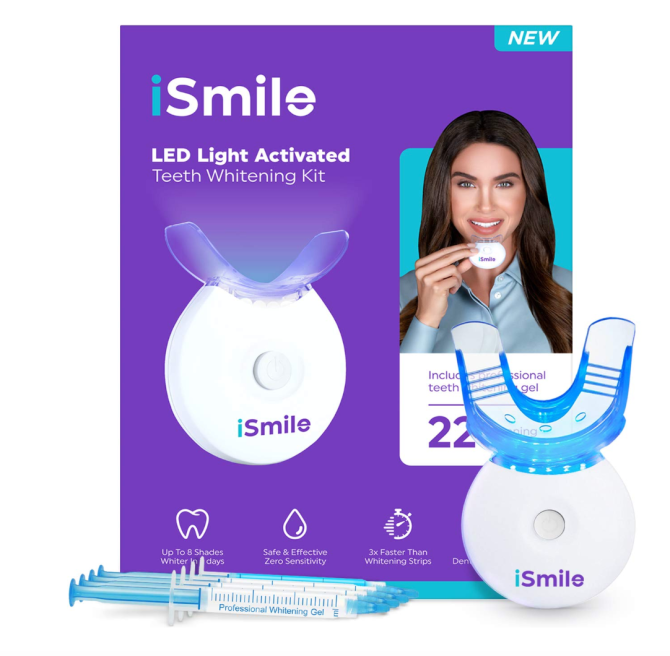 If you’ve got coffee or wine stains on your teeth, you’ll enjoy watching them fade away with this whitening kit. The kit states that your smile can be up to eight times brighter after only seven days of use. It comes with an activation light, whitening gel syringes, mouth tray and a clear set of instructions. 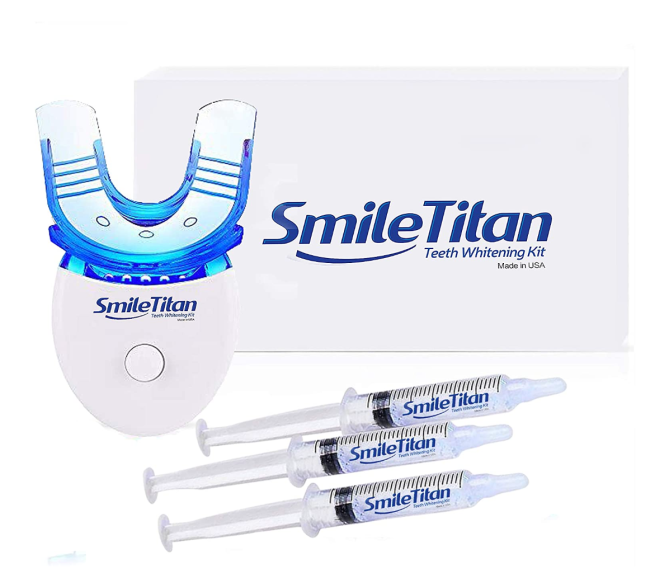 This teeth whitening kit boasts that it’ll make your teeth up to eight shades brighter in just one week. With the LED accelerator light and three pre-filled whitening gel syringes, this kit makes it as easy as possible to get a whiter smile. Plus, the timer has beeps to help you know when you’re done. 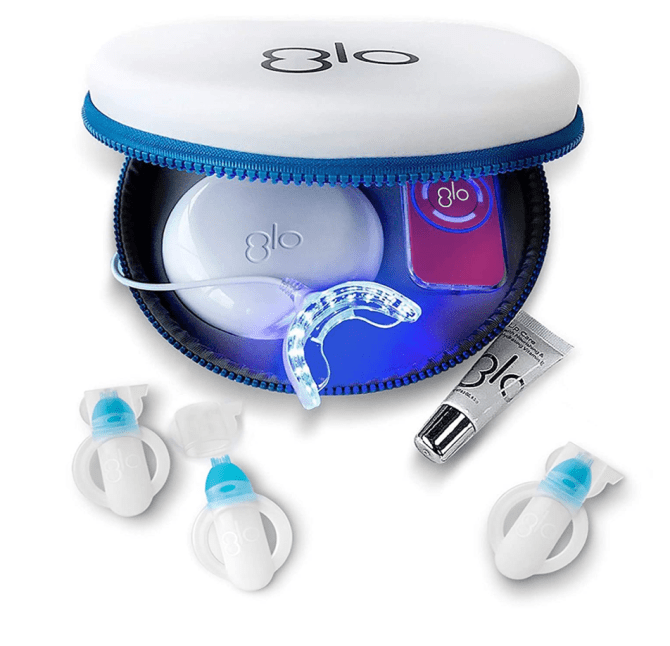 The GLO kit comes with an LED mouthpiece, a lanyard, USB adapter and charger and 10 whitening gel vials, which is enough for 40 uses. This kit is easy to use and won’t make your teeth more sensitive, unlike other teeth whitening kits. It even comes with GLO lip balm to use on your dry lips after whitening.