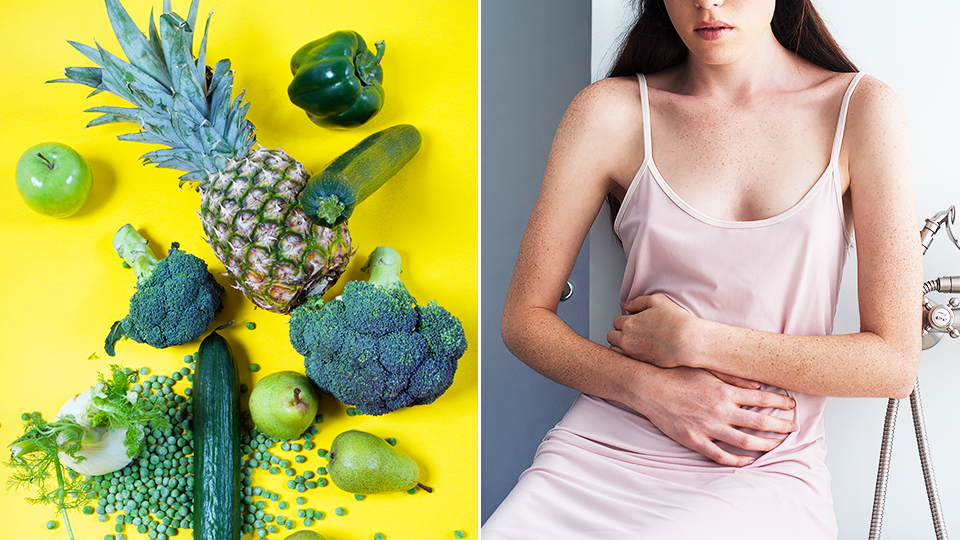 Recently, in my travels across the Internet, I discovered Alisa Vitti’s website, Flo Living, and was instantly fascinated by her story. This woman suffered from polycystic ovarian syndrome—I was once hospitalized for a ruptured ovarian cyst, and it isn’t fun—and says she cured all of her symptoms simply by changing the way she eats. She published a book about it called WomanCode, which has been in the top 50 best-selling women’s health books of all time since it was published (NBD!); has a Web series about her work on Lifetime; and has been featured in everything from “The Dr. Oz Show” and shows on CBS and Fox to Shape and Women’s Health.

Vitti’s known for teaching women to “cycle sync,” (her trademarked term) which basically is when you eat foods at certain times of the month to avoid symptoms such as bloating, acne, mood swings, fatigue, and insomnia. “The concept involves specifically eating foods that balance the estrogen fluctuation each week of your cycle, because some weeks you have higher concentration of estrogen than others, and you want to eat to help offset that.”

Within four days of following her program, women can lose anywhere from four to 10 pounds, and while weight loss isn’t the goal here, that’s a pretty convincing sign that her system’s working. When it comes to your period, you can see results in the first cycle simply by adjusting what you eat: “People feel results in the first couple of weeks and certainly the first month; they feel more energized, their mood is better, within that first cycle they’ll notice PMS symptoms are fewer. Women who come to us with PCOS, heavy periods, or missed periods will start to see that within two to three cycles the quality of those things aren’t an issue.”

Vitti told me that just about everything in our bodies is governed by hormonal function, but most women don’t have a lifestyle that supports that. “We don’t take hormones into consideration when we’re planning our diet or exercise, which means we can accidentally be eating and exercising and making choices that work against our natural flow of what our body is trying to do hormonally.” And while there’s a ton of information on her website (including this free four-day hormone detox), and her intensive three-month programs are available starting at $297, I asked Vitti to share some of her best (free) tips right here. Here’s what you need to know.

Even mild PMS could be a sign something’s wrong with your hormones.

The signs that something could be messed up with your endocrine system could be so subtle, you hardly even think it’s abnormal, however even these symptoms could be fixable—and if let untreated have the potential to manifest into more serious illnesses. “Right at the beginning, it might just look like mild PMS, where you have a headache or break out a little before your period, or feel like your jeans don’t fit ahead of your cycle, make no mistake that these symptoms are already an indicator of estrogen and progesterone imbalance.”

Research shows untreated mild forms of PMS predisposing women after menopause to the diseases of inflammation; diabetes, heart disease, cancer, and dementia. “It can then snowball quite quickly, and you can quickly find yourself at a gynecologist’s office being diagnosed with a condition like polycystic ovarian syndrome (PCOS), the one that I had, or fibroids, or endometriosis.”

Yes, you should be eating organic food.

Forget every other eye-rolling reason you’ve heard for eating organic food, because the way pesticides impact your endocrine symptoms should be reason enough to ditch them. “Pesticides in your food disrupt the bacterial balance of your micro-biome,” Vitti explained. “It’s the synthetic estrogen component of the pesticides, but also how pesticides destroy our innate ability to break down estrogen that leaves us vulnerable to hormonal damage.” Essentially, when you eat nonorganic food, it impairs the body’s ability to break down estrogen—and high estrogen levels are often responsible for all of those symptoms we spoke about earlier. Coupled with that is the fact that pesticides themselves are xenoestrogenic, which means you’re basically eating a type of xenohormone that imitates estrogen, and you have a combination that can wreak havoc on your endocrine system.

Quit the juice detoxes and dieting.

When Vitti works with a woman wanting to get pregnant, she usually focus on a diet that balances her hormones, while reducing inflammation and stress, and also addressing any deficiencies she might have caused by overdieting. “We need to boost micronutrient levels that have often been depleted from years of dieting or overexercising, or too much detoxing or juice cleanses,” she explained, adding: “All of these things we do trying to stay healthy can undermine our endocrine function, our hormonal balance and fertility.” 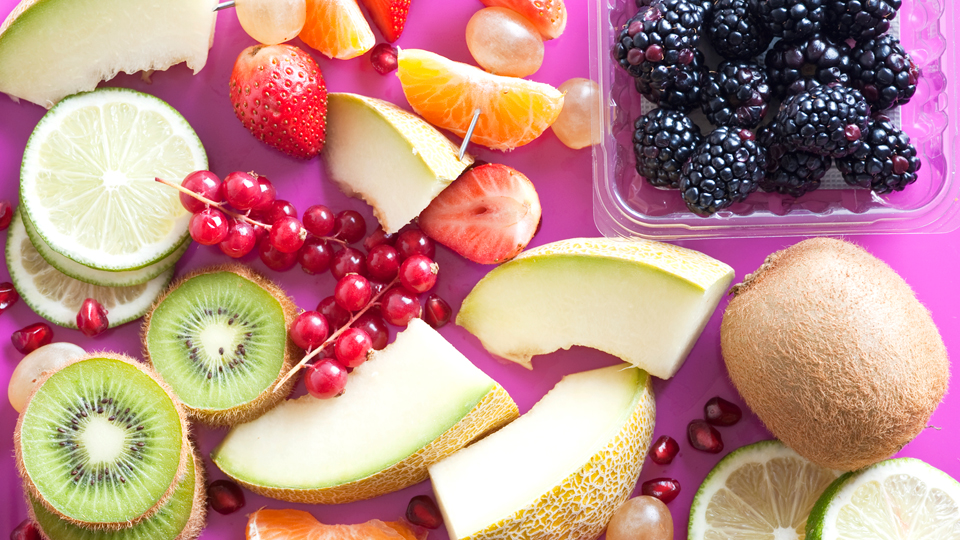 Your estrogen levels are highest when you ovulate, which is usually a one- or two-day event, 14 days before your period, or in the middle of a 28-day cycle. Because of this, Vitti recommends eating raw foods and herbs such as cilantro that will help your body to process and eliminate the estrogen and prevent mood swings, bloating, acne, fatigue, and insomnia.

“In the ovulatory phase, I recommend that women really focus on eating as many raw fruits and vegs as they feel comfortable, Vitti told us. The raw foods provide the liver with all of the needed micronutrients to clear estrogen out of the body quickly, while the roughage and fiber from these raw fruits and vegetables help your body with the second part: eliminating it through the bowel. “Your ovulatory week is a time to have your raw smoothies and nice salads that really help offset the estrogen,” she suggested. Your estrogen levels actually stay elevated for a 10-to-12-day period after ovulation, so it’s a good idea to also keep up the raw fruits and vegetables during these days.

Eat quinoa and sweet potato before your period.

The luteal phase is what happens after you ovulate—unless you become pregnant—and lasts about 14 days, ending just before you get your period. During this time, it’s all about eating B vitamins that help your body to make progesterone, a hormone that helps offset estrogen and stave off PMS.

Vitti explained that if you find that you’re craving carbohydrates during this time, it’s usually because your body needs more of these B vitamins. By failing to address the deficiency before a craving sets in, you’ll fall into the common habit of bingeing on fries or a burger (sound familiar?). “Cravings are your body calling out for specific micronutrients. If you’re craving chocolate, chances are good you’re a little deficient in magnesium; if you’re craving carbs, chances are good you’re missing some B vitamins; and cravings for cheesy, fried stuff, suggest you’re deficient in some essential fatty acid.” Vitti said.

To get ahead of the cravings and avoid PMS symptoms, she recommends eating healthy amounts of cooked quinoa or sweet potato every day during this phase. “Get these things in in a good quantity so you have no cravings, your energy is good, and you can have a symptom-free PMS week.”

Low estrogen is more common in women over 35, and could cause low libido, hot flashes, or vaginal dryness. Vitti suggested in cases when you have documented low estrogen—like, from actual lab work at the doctor’s office—this is the one instance it’s alright to use soy products. “They have to be GMO free, organic, and ideally, they’re going to be things more on the fermented side,” Vitti told us, suggesting, “Tempe is a great source of fermented soy, and wet miso paste or soy sauce. A little bit goes a long way, and it’s very high estrogenic. You don’t need to eat a lot.”