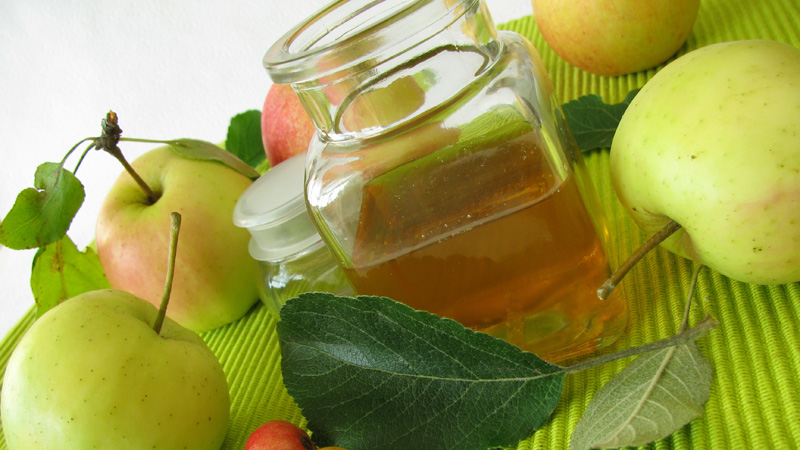 Are the benefits of ACV really that great? We break it down. (Getty)

Megan Fox swears by it during cleanses, Miranda Kerr drizzles it on her salads, while Madonna and Gwyneth Paltrow drink it solo for its supposed health benefits. We’re not talking about some newfangled miracle concoction, but rather good old apple cider vinegar, which some swear is the key to a healthy, thin body.

MORE: Oil Pulling: Everything You Need to Know About the ‘Miracle’ Habit

If you’re rolling your eyes at this supposed Hollywood health secret, don’t. A-listers may now suddenly be catching on to apple cider vinegar, but it’s by no means a new phenomenon, and people have been taking advantage of it for centuries, a practice that reportedly dates back to ancient Chinese medicine.

MORE: 27 Diet Secrets From The World’s Most Beautiful Women

So, do the benefits of apple cider vinegar really hold true? Are there side effects? How does it taste? Here, we break down all of the common questions surrounding ACV, plus how to add it into your diet, what it actually does, and the no-no’s of consuming it.

What exactly is apple cider vinegar
How apple cider vinegar is made is actually quite similar to how alcohol is made. First, crushed apples are exposed to yeast, which turns the sugar from the apples into alcohol. Then bacteria is added, which further ferments the alcohol and turns it into acetic acid. While there no vitamins or minerals in it, it does contain potassium, and some amino acids and antioxidants. It’s also very low in calories—only around about three calories per tablespoon.

How do I consume it?
The best way to add apple cider vinegar into your diet is to include it in recipes with foods you’re already eating, like salad dressing, marinades, and mayonnaise. However, most die-hard fans also like to dilute a tablespoon in water, and drink it as a beverage. Chugging it on its own isn’t advised: It’s extremely acidic and hard to swallow.

How much should I ingest?
Experts recommend a dosage ranging from 1 to 2 teaspoons to 1 to 2 tablespoons per day. In other words, don’t go overboard and start swigging apple cider vinegar whenever you’re thirsty.

Others report that vinegar has a lot of benefits for diabetics, and those looking to control their sugar levels. Studies have shown that those with diabetes who regularly ingest vinegar have improved insulin sensitivity, and that it lowers blood glucose and insulin responses.

Are there any side effects?
Very few side effects seem to exist, which means giving it a try to see if you experience benefits isn’t a bad idea. Experts do warn against ingesting more than the recommended daily dose, and some warn that the apple cider vinegar tablets are less effective. But for the most part, apple cider vinegar appears to be very safe.