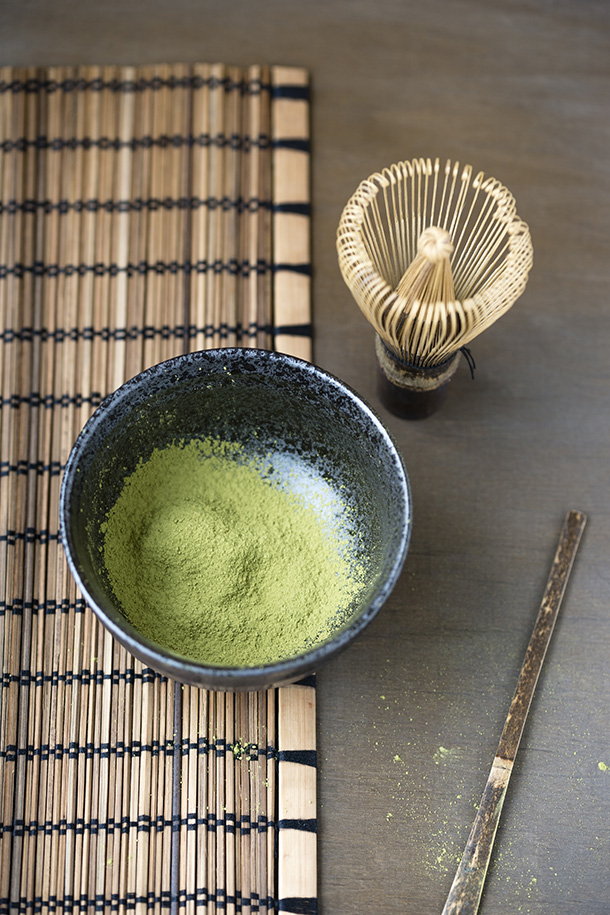 We’ve been drinking green tea since long before it was pitched to us as a metabolism booster, a mood enhancer, and a major source of antioxidants—the fact that one of our favorite hot beverages is also a healthy choice is just the icing on the cake. But while green tea is beloved for its antioxidant benefits, like the potent cancer-fighting catechin EGCg, drinking regularly brewed tea can only do so much as far as extracting all of the nutrients of the tea leaf. When you discard the leaves left behind, you’re tossing out the countless valuable antioxidants, vitamins, and minerals still inside of them.

The only way to really reap the benefits of green tea is by consuming the entire tea leaf, but that doesn’t mean you should go about chewing it up. You may already have heard of matcha, as it’s become a popular buzzword for health junkies, but there’s much more to it than you may know. Because you’re ingesting the entire leaf and 100-percent of its nutrients, just one single serving of matcha contains roughly the same vitamin, mineral, antioxidant, and amino acid content of 10 cups of green tea. It sounds like green tea on steroids, but it’s actually the way the green tea leaf is meant to be consumed.

Matcha is made with specially grown and processed green tea, which is then stoneground into a finely milled powder and stored away from light and oxygen in order to preserve its emerald green color and antioxidant-rich properties. Though it’s gained traction in the past few years as a popular choice for tea lovers, matcha has been known as a “miracle elixir” in the East for thousands of years. Consider all of the benefits of green tea, and super charge them—and you’ve got matcha.

Matcha has very few calories and contains a significant amount of fiber, as well as the same powerful antioxidants you’ll find in green tea, which help build the body’s defense against cancer and cardiovascular disease while also helping to slow the aging process. There’s also the method of preparation, and the taste: Matcha powder is whisked with hot water or milk in a bowl for a rich, frothy texture with a consistency somewhere in between tea and milkshake. It’s not sweet, but it has an earthy, easy-to-drink flavor that most green tea drinkers will find familiar, and it can be sweetened with coconut sugar or agave for a milder flavor that’s still nutritious.

It’s rare, if not impossible, to find a truly healthy, nutrient-loaded beverage that tastes like an indulgent treat, but matcha has both of those things covered. For our parts, we’ve traded out our usual necessary evils, like coffee and caffeinated sodas, in favor of this unique-tasting, powerfully-acting drink. We can’t recommend it highly enough—and beyond that, it’s got science to back it up.

Read more from Daily Makeover: The Best Healthy Foods to Eat This Summer