The list of celebrity beauty lines has gotten pretty long over the years. With recent new comers like Rihanna, Kylie Jenner, and Kim Kardashian, the industry is bubbling over with name-branded products.

Is that stopping Freeform’s “Famous in Love” star Bella Thorne from entering the game? Doesn’t seem like it. In an Instagram post earlier this week, the actress announced she has an “upcoming makeup line” in the works. But the admission didn’t happen in the caption or photo of the Instagram itself. Rather it came from a comment in response to someone asking “What lipstick color are you wearing? It looks gorgeous on you!!!”.The Instagram featured a close-up of Thorne flaunting a to-die-for pink lipstick, so understandably, we’re dying to know what lippie she’s wearing too.

Thorne simply commented back “my upcoming makeup line!” and left it at that. Her lack of information leaves a lot of questions, like when it’s coming, what it entails, if it’s with another brand, if it’s all-natural—the list goes on. 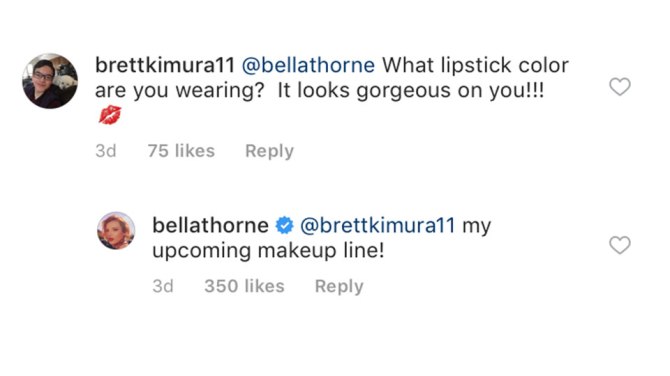 One thing on everyone’s mind, though, is where did this come from? Thorne has never been directly involved in the makeup industry, aside from working with Neutrogena on their “Let’s Solve it” initiative, but even then, it didn’t deal with cosmetics.

And although Thorne frequently does her own makeup due to a bad case of dermatitis on set one time, people have not let her lack of expertise slide. Commenters on the post even belittled her makeup application and compared the lipstick to “watery paint that kindergartners use.” Ouch. 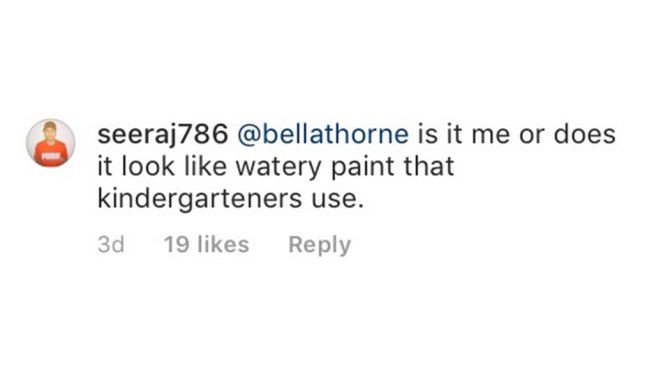 However, with every hater, there are five people who are cheering her on. Plus, when you think about about it, Rihanna didn’t have any deep connections in cosmetics either before Fenty Beauty. Now look at it. It’s become one of TIME’s Top Inventions of 2017. At the very least, Thorne has done pretty rad makeup before.

At this point, though, we’ll just have to wait and see what’s to come. It could be a pleasant surprise.