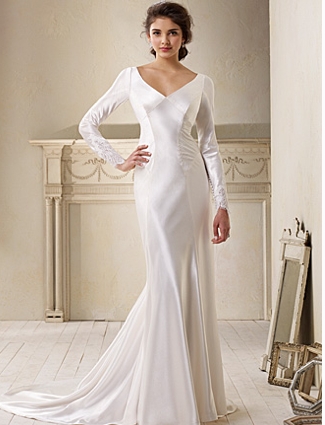 Replica dresses from Kim Kardashian’s infamous wedding will still go on sale as planned at David’s Bridal next February, but we have a feeing a new wedding dress imitation will beat it. Replicas of Bella Swan’s Twilight Saga: Breaking Dawn Part 1 wedding dress are for sale, as of today.

The Carolina Herrera designed gown–worn by actress Kristen Stewart in the movie–provided the inspiration for the $799 dress adapted by designer Michael Shettel for the collaboration between Summit Entertainment and bridal retailer Alfred Angelo. Considering not everyone can afford the high-end designs of Carolina Herrera, an affordable price point was key in making the dress accessible. 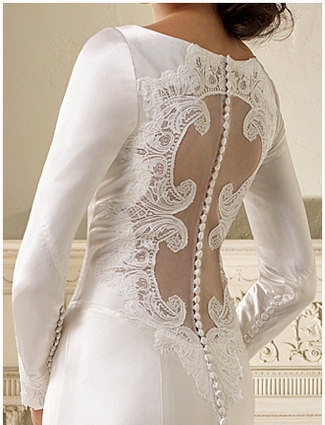 Shettel said, “There were pricing issues to try to get it down to $799. That was the biggest issue more than design issues.”

The dress features liquid satin instead of the silk used on the gown worn by Bella when she married her vampire love Edward Cullen in the film.

Herrera is also set to sell gowns which follow the same design as Bella’s dress at her CHNY boutique. The designer recently revealed that when Stewart tried on the dress for the first time, it was an emotional experience.

Herrera told Vogue.co.uk, “In the initial fitting when Kristen put the dress on and looked in the mirror, she was very moved. In that moment she was not an actress or a character in a film, she was a bride, and a happy one at that. It is always very important to make the bride happy, of course, and in this case I was delighted to do so. It was a very special moment for both Kristen and the character of Bella to share.”

Hm, we wonder if the experience was emotional for personal reasons as well…perhaps there’s real wedding bells in the future for K-Stew and on-screen and real-life beau, Robert Pattinson.

Wonder what Kristen Stewart and Robert Pattinson’s baby would look like? 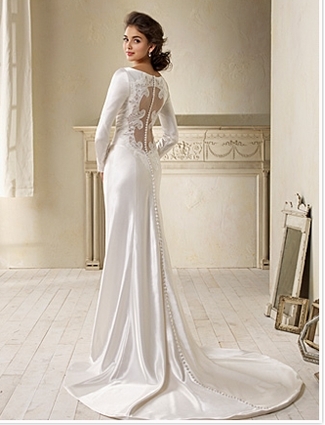 Regardless, the blushing bride-to-be, had a gorgeous face to match her gorgeous gown, thanks to makeup artist Stacey Panepinto. Her go-to for the wedding-perfect look?

“When Stewart’s makeup needed a pick-me-up I dabbed Dr. Hauschka Moisturizing Day Cream on her forehead, cheek bones and cheeks to refresh the makeup and keep her skin glowing,” Panepinto said.