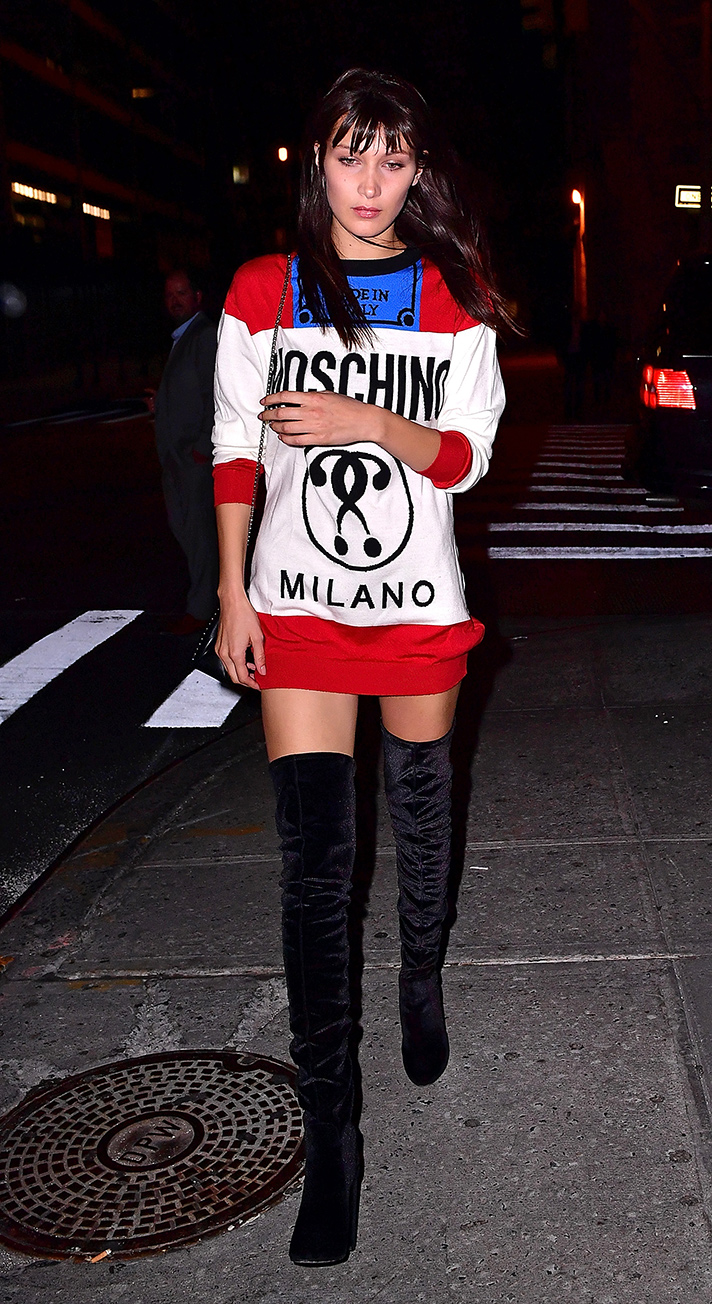 Gigi and Bella Hadid may be super close as sisters, but when it comes to looks, they have pretty different vibes: Gigi is blonde, blue-eyed, and perfectly all-American, while her younger sib’s dark hair and insane cheekbones give her a kind of striking edginess. Now, Bella just secured her role as the less-angelic-looking Hadid by scoring herself a set of bangs that are more Brigitte Bardot than babydoll—and they look great.

Not everyone can make a short, eyebrow-grazing fringe happen, but Bella has the right idea. TBH, I’ll be a little disappointed if this is a clip-in trick instead of the real deal, because I am into it.