Pregnancy is a magical, beautiful, wonderful…incredibly scary and anxiety-producing thing. It seems like every mom-to-be article on the internet is filled with info on what you’re doing wrong, or what terrors await you if you eat a pear on the 3rd Tuesday of the month during a full moon, or something equally insane. Basically, there’s a bunch of misinformation floating around the interwebs, and it’s especially prevalent when it comes to skin-care ingredients.

So rather than let you swear off all of your favorite products for nine months for no reason—or, worse, use a product you definitely shouldn’t be using during pregnancy—we talked with the experts to set the record straight on the three skin-care ingredients that are most often vilified on the internet: retinoids, salicylic acid, and AHAs/BHAs (so basically, everything in your anti-aging or anti-acne products). Keep reading to find out how to keep you, and your baby, safe. 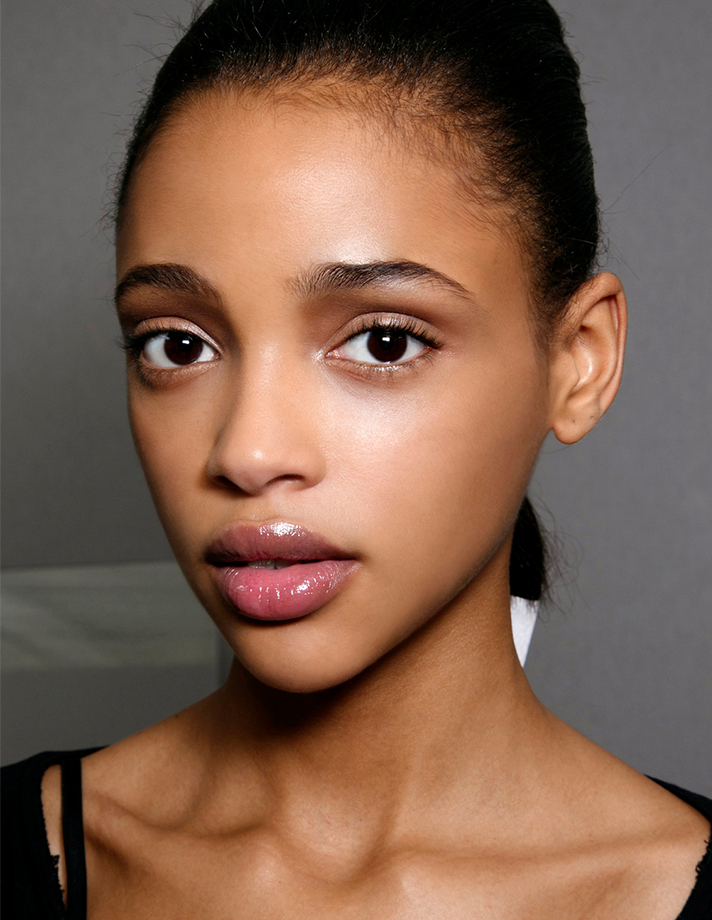 Retinoids is the umbrella name for all vitamin-A derivitves, which include topical retinols, like those found in your anti-aging serums and creams, and oral retinols, like isotretinoin (commonly known as Accutane), which are used for treating acne. Regardless of how you use retinoids, though, their purpose is the same: to speed up your cell turnover to give you newer, fresher, healthier skin. This is awesome news for any skin that’s less than stellar, but totally unsafe if you’re pregnant or trying to conceive.

“Vitamin-A derivatives in high doses, like Accutane, speed up your cell division to resurface your skin faster, which can treat severe cystic acne and skin conditions,” says Jamie Knopman, MD, a reproductive endocrinologist at the Colorado Center for Reproductive Medicine New York. “But if you take them when you’re pregnant, they can interfere with your fetus’s cell development and cause massive birth defects.” Yeah, it’s pretty scary, and also why Accutane users are required to be on two forms of birth control and have monthly blood tests while taking the medication.

But what about your favorite night cream infused with wrinkle-fighting retinols? “The data with topical retinoids is less clear, but because there’s a chance that they can still be absorbed into your bloodstream and make their way through the placenta, we very strongly advise that women abstain from using topical retinoids of any kind during their first two trimesters—or during all three, just to be safe,” says Knopman. If you’re at all in doubt if your skin-care products are safe, bring them into your next OBGYN or dermatologist appointment so your doctor can read through the ingredients.

If you’ve ever had acne in your life—or ever had a headache—chances are that you’ve used salicylic acid before, seeing as it’s a main ingredient in both aspirin and over-the-counter acne treatments. And though it’s totally effective for easing fevers and opening clogged pores, it’s not the best skin-care choice if you’re pregnant. “Salicylic acid is one of the many murky ingredients that hasn’t exactly been proven harmful to fetuses, but because it has the possibility of being dangerous, the medical community tends to recommend total abstinence from it,” says Knopman.

“We know that high doses of salicylic acid can cause birth defects, but we don’t the dosage level that’s considered safe,” she says. “Because of that, we tend to recommend that women refrain from using all salicylic acids, including those applied topically, for at least their first trimester, when the most damage can be done to the fetus.”

Knopman does note that “the birth defects from salicylic acids are few and far between,” and that a topical skin-care product with a low percentage of salicylic acid—say, a face wash with 2-percent salicylic acid—is “likely OK,” but if maybes and probablys don’t exactly set your mind at ease, then it’s best to be overly cautious and stick with skin-care products with glycolic acid or lactic acid, which are two totally safe acne-fighting ingredients.

OK, so we’re aware that any product with a threat level above a zero is probably too high for most moms-to-be, but we’re just reporting the facts, here. And annoyingly, BHAs (beta hydroxy acids) and AHAs (alpha hydroxy acids), two excellent ingredents for smoothing problematic skin, have very few facts to back up their threat levels. In fact, the main reason they’ve been deemed off-limits is because they’re a form of salicylic acid, says Knopman. Which means we’re back to murky territory.

“People will anecdotally tell you not to use BHAs and AHAs when you’re pregnant, but we don’t have any real science to back it up,” says Knopman. “They’re not in the same danger category as retinoids, and they’re not quite as harmful as oral salicylic acids, but we don’t know whether or not they’ll still do some damage being applied topically,” she says. “And that’s the real problem with a bunch of these skin-care ingredients: We simply don’t know.”

Though Knopman says she unknowingly used topical salicylic acids during her own pregnancy with absolutely zero negative side effects, she still sides with the voices of caution and recommends that women refrain from using BHAs, AHAs, salicylic acids, and, of course, all retinols during pregnancy, just in case. And, hey, maybe that nine-month pregnancy glow will be enough to offset the products you normally use to get perfect skin, anyway. At least, we can dream.