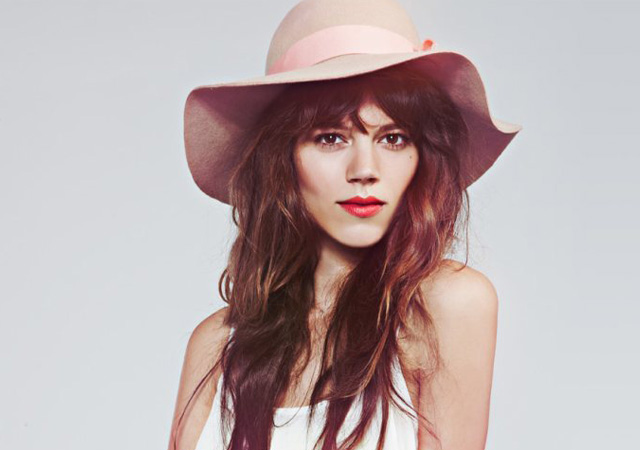 What better way to close out the day than with the 10 must-click talking points from around the web, curated by us. Have a story you’d like to nominate? We’ll be posting our top 10 each evening, so tweet us at @BeautyHigh #BH10

1. Freja Beha is rumored to be picking up a lot of the gigs that were once earmarked for Erin Wasson at Maybelline. With Wasson’s contract up soon, sources are saying she may not be renewed as a face. And the rumors begin … [NY Post]

2. The Stella McCartney girls once again had colorful eyes, with makeup artist Pat McGrath giving them a dash of green liner on their lower lash line. [Style.com]

3. Jennifer Connelly grooms her own brows, and doesn’t like to let anyone else near them, understandably so.  [Allure]

4. Jessica Alba basically had a mullet-style ponytail – sleek in the front, full-on party in the back with an awesome French braid down the side. [Glamour]

5. Get all of the details on the incredible Swarovski crystal eyes from the Dior Spring 2013 show. [Fashionista]

6. Lara Stone admits to coloring in her face during middle school (so that she looked almost orange) much to her mother’s displeasure. [Telegraph]

7. Jessica Chastain rebelled on the cover of Crash, with thick black liner and a red lip. [Fashion Etc.]

8. The secret behind Karlie Kloss’ glossy mane and fabulous nail beds? We look, okay? Viviscal – she swears by it. [Elle UK]

9. Alexander Skarsgard revealed his favorite smells (take notes ladies) which basically all come from his home country of Sweden. [The Cut]

10. Christina Aguilera had a total of seven different hairstyles for her latest video, “Your Body.” [People StyleWatch]