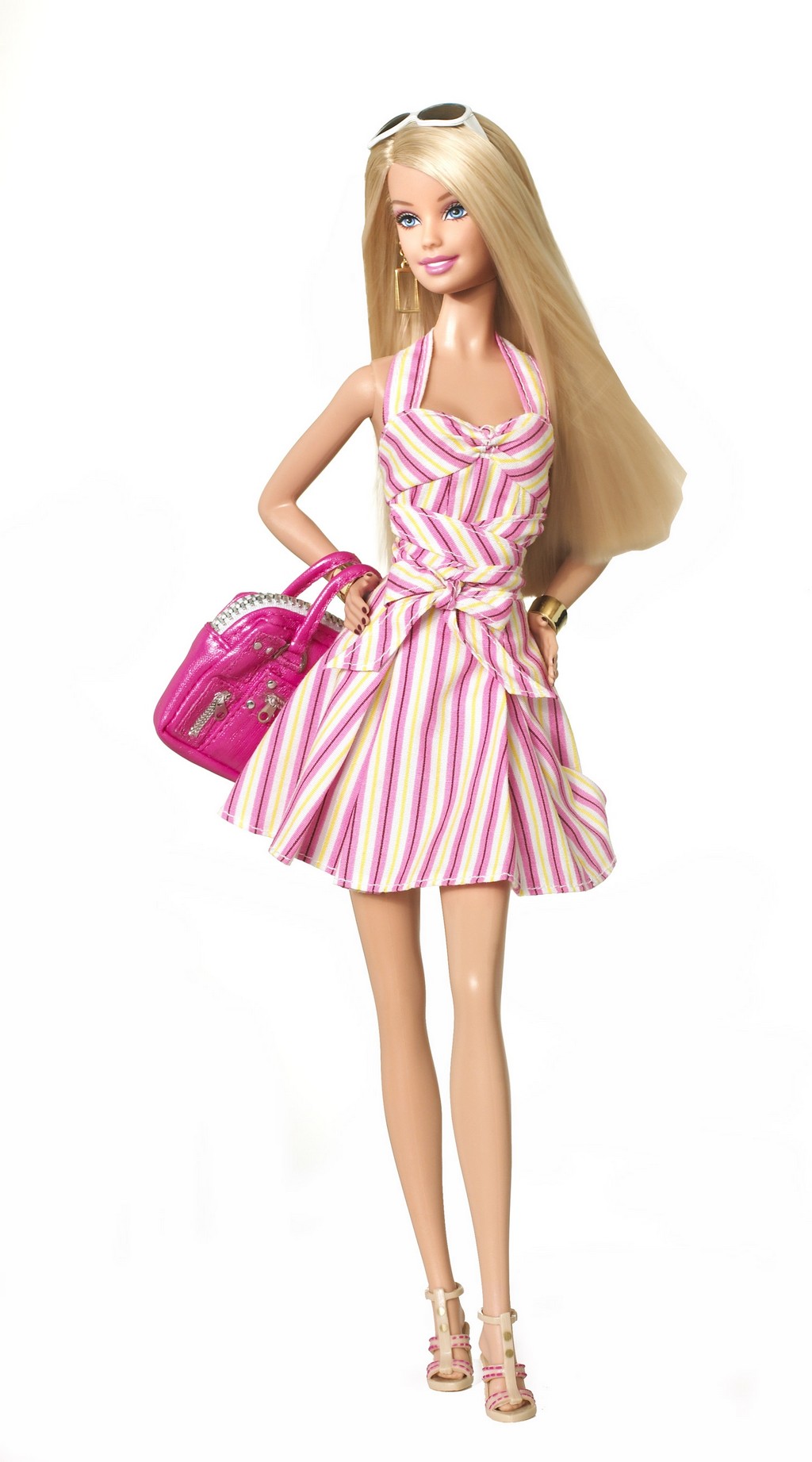 Despite being 55 years old, Barbie has a long-standing reputation for setting unrealistic beauty standards. Her long legs, organ-crushing waist, and perpetually tiptoed feet have been criticized time and again for contributing to unhealthy body image in the young girls who play with the Mattel-produced doll.

MORE: The 15 Weirdest Barbie Dolls Of All Time

The California-based company has generally kept mum on the topic of the less-than-diverse body type of their signature doll, but VP of Design Kim Culmone recently gave an interview to Fast Company defending Barbie’s excessively slender figure. She makes the argument that Barbie’s figure is primarily a functional decision, saying:

“Barbie’s body was never designed to be realistic. She was designed for girls to easily dress and undress. And she’s had many bodies over the years, ones that are poseable, ones that are cut for princess cuts, ones that are more realistic … Primarily it’s for function for the little girl, for real life fabrics to be able to be turned and sewn, and have the outfit still fall properly on her body.”

Culmone also made the point that Barbie is just a convenient jumping-off point for the imaginary games of her target audience, rather than the heavily-weighted cultural object that she is to grown-ups.

“[Girls] don’t come at it with the same angles and baggage and all that stuff that we do …When they’re playing, they’re playing. It’s a princess-fairy-fashionista-doctor-astronaut, and that’s all one girl. She’s taking her Corvette to the moon, and her spaceship to the grocery store. That is literally how girls play.”

While it’s certainly true that kids have an endless capacity for turning almost anything into an awesome game of make-believe—including Barbie—the argument that Barbie has to be tiny for the clothes to look right strikes us as a little suspect. It’s the same argument designers use for picking ultra-skinny runway models, but maybe children’s toys shouldn’t be feeding the system.

MORE: Herve Leger and Barbie Team Up On A Bandage Dress-Wearing Doll

Do you think Barbie’s proportions are important? Weigh in in the comments below!