Oh come on, people. Fresh off the insane trend that was feather eyebrows (in which brows were parted like a quill and then glued down) comes barbed wire eyebrows—a trend that was born and will also hopefully die on Instagram. In short, it looks ridiculous. In not-so-short, makeup artist Athena Paginton posted a ‘gram of a model with brows parted into zig-zags and matted down—and the result looks vaguely like a barbed wire fence, hence her caption. See the photo here:

Another makeup artist followed suit yesterday, and the eagle eyes at Allure caught the picture: 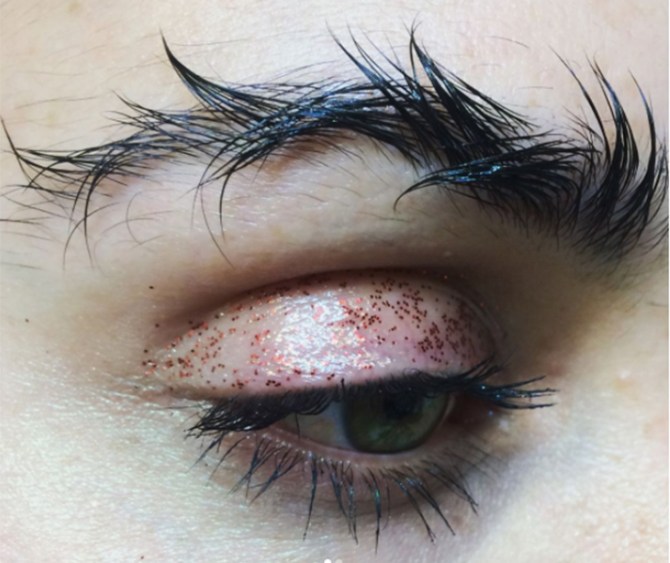 “This photo is simply for brow appreciation, I used red glitter and clear gloss on the lid,” makeup artist Sara Jean captioned the photo. And while the look isn’t exactly the most wearable, we wouldn’t be surprised if a Hadid or Kardashian sports the look on the Met Gala red carpet next month. And here’s a fun game: What’s the next ridiculous brow trend to emerge?

MORE: A Definitive Guide to the Best Eyebrows on Instagram