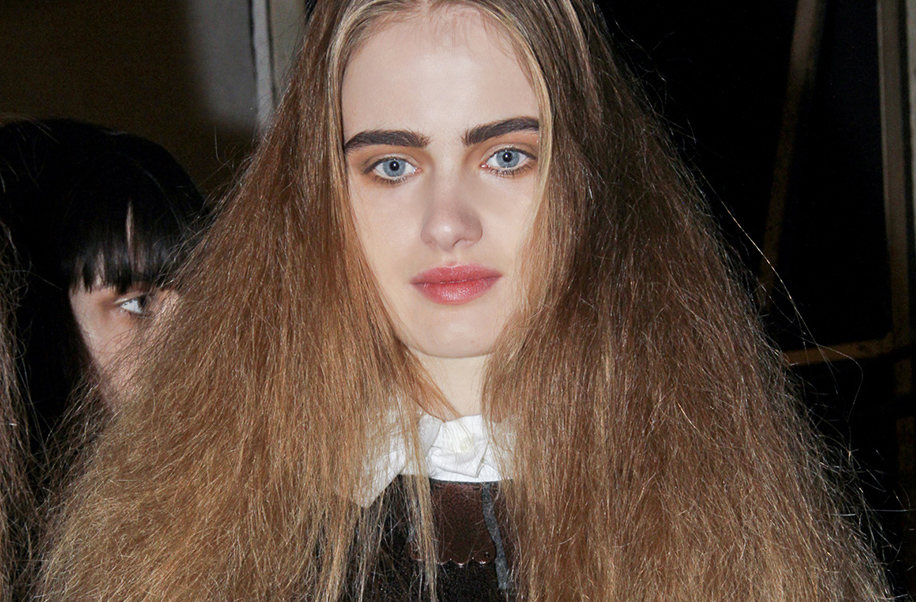 As far as we’re concerned, you haven’t experienced real shame or loss of dignity until you’ve made a major horrifying beauty mistake that you can’t hide. We’re talking real catastrophes, not your average “oh, I used to crimp my hair in the early ’00s.” (Yeah, we all did.) Burnt hair, botched DIY bikini waxes, and bad, bad haircuts—our editors share their most traumatizing beauty mistakes and experiences of all time.

“I really wanted fake eyelashes for a wedding I was going to when I was (much) younger, but didn’t realize I could go to a legit place and have them done. Instead, I googled ‘cheap eyelash extensions’ and took a train from Manhattan to a shady salon right outside the city in New Jersey. They took me in a back room, and 30 minutes later I emerged with giant HARD PLASTIC lashes. Plastic. I kept them on for a few days—I had no choice—and they got tangled and gross. I promptly Googled ‘expensive eyelash extensions’ and hightailed it to Wink, where the staff gathered around me, gawking. ‘Never do this again,’ they said. Noted.” -Perrie Samotin, site director

“I used to have these annoying, fuzzy baby hairs around my hairline when I was in high school and a stylist thought it would be a good idea to shave them at the root with a men’s clipper to make them disappear—except they didn’t. For the next year or so, I had this hedge of short spiky wisps at the top of my forehead until I wised up and decided to deal with the awkward grow-out phase until the situation normalized. That, and to never, ever return to that hair salon again.” -Cristina Velocci, managing editor 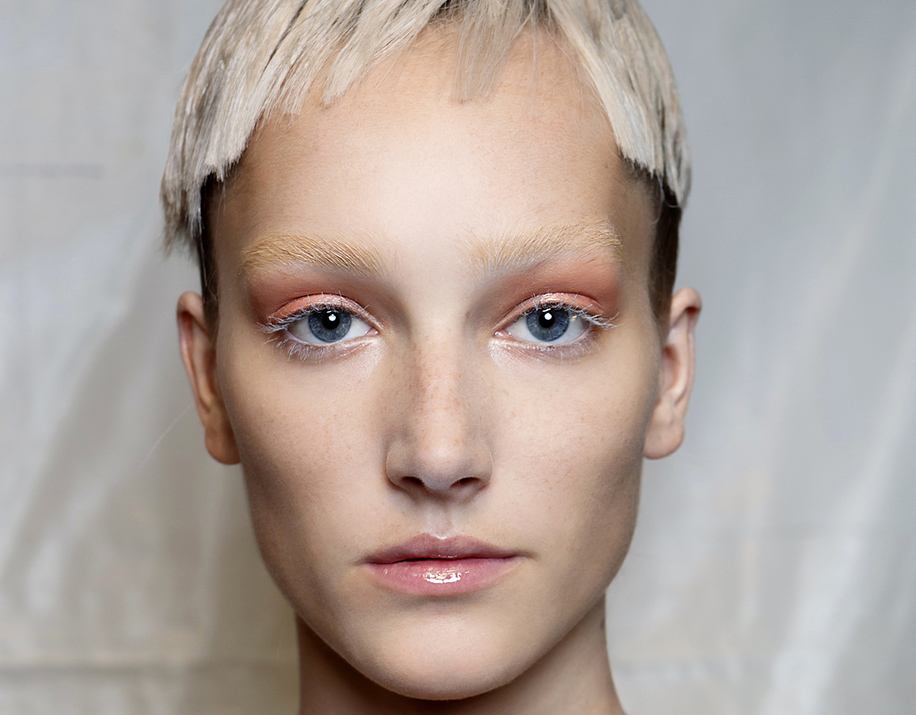 “Everyone has a hair story, but I would happily go head-to-head with anyone over mine. Back when I was a pre-teen learning how to style my hair (FYI, I’m still learning, but now I have a GHD), I discovered my mom’s electric curlers from about 10 billion years ago. Each roll sat in a box that heated it to some ridiculous temperature. After leaving them for 20 minutes to get warm, I gingerly pulled out the first, then the second, then the third, and slowly filled my entire head with the heavy, metal curling rolls, and secured each with the accompanying metal pins.

Panic struck two hours later when I tried to release the rollers and suddenly realized they were stuck, and that I had no business trying to curl my hair in the first place. Frenzied, I proceeded to rip each roller out, taking great big chunks of hair with them. Terrified that my mom would find me before I finished, I literally cut my losses and took scissors to some of the more twisted pieces of hair. Disastrous.” -Jasmine Garnsworthy, editor

“No less than 48 hours after I moved to New York, I thought I’d change up my kind of basic look by getting my princess-length hair cut into an edgy bob with bangs. My theory was, the more expensive the salon, the better the cut, so I found the most expensive place I could(n’t) afford to begin the metamorphosis. The stylist was agog that I wanted to straighten my curly hair every day, and, citing the holy stylist tradition of “artistic freedom,” cut my hair, not to an angled bob, but “based on the curl” of my hair.

Being young and naïve, I just thought a New York City stylist knew more about what he was talking about than I did, and I left much the poorer, but feeling decidedly Carrie Bradshaw in her Vogue-y bob days. The real problem came when I tried to straighten my hair—for a job interview, I might add. The front hit my chin in a jagged line while the back came down to my shoulders like a truly horrific bob-mullet. Needless to say, I did NOT get that job.” -Beth Stebner, lifestyle editor 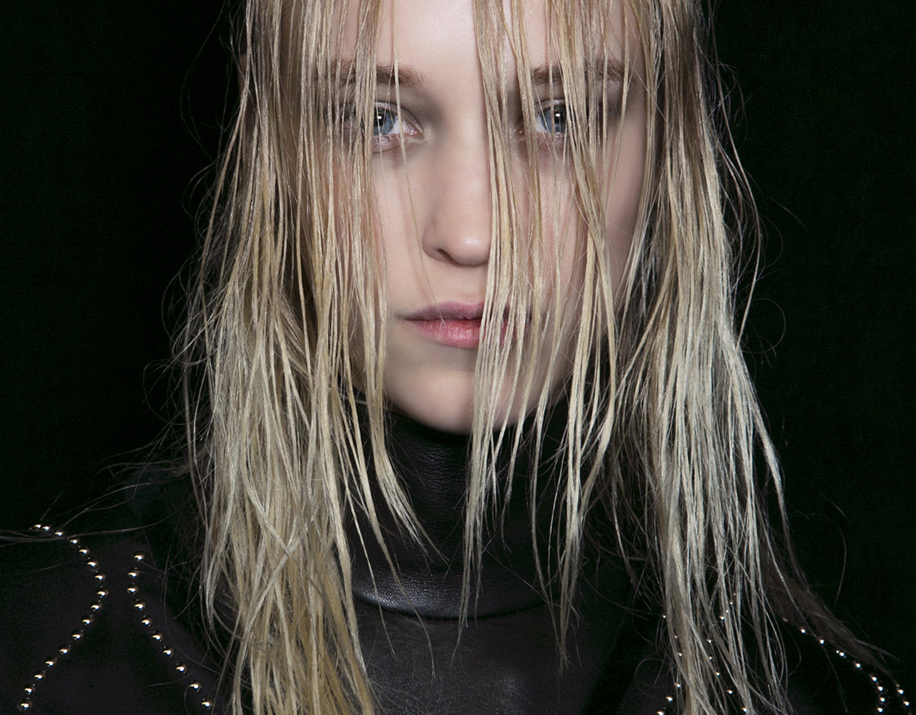 “When I dyed my hair gray for the first time, the bleach was having a really hard time lifting the color from my super-dark hair, so they left the bleach on longer. Suddenly, I saw smoke coming from the back of my head and felt heat coming from my saran-wrapped strands. I still have a little patch of hair in the back that’s slightly more processed than the rest of my head, thanks to this escapade.” -Cady Lang, social media editor

“I know plenty of people who are more than happy to color their hair at home—it’s faster, dramatically less expensive than a salon, and virtually foolproof if you stick to a one-step—but I am not one of them. It’s not because I’m a snob: It’s because I screwed my hair up so badly in my formative years, I’ll never touch a box of dye again. I lived through several hair catastrophes of my own doing, but the worst by far was when I tried to bleach my hair in my parents’ bathroom at 15. I have extremely dark hair that doesn’t lighten easily, which I quickly realized and attempted to work around by applying heat with a blowdryer. It helped to speed up the process a bit, but like Icarus flying too close to the sun, I got way too cocky and ended up pressing the nozzle against my hair while the bleach was still on it. Almost immediately, a cloud of smoke rose up around my head and I shouted for my dad, who ran in from the next room and hosed me down with the handheld showerhead while calling me a fucking idiot.” -Rachel Krause, associate beauty editor

“This definitely isn’t in the name of beauty as much as it was in the name of competitive swimming, but there were months at a time during high school where I was highly encouraged not to shave my legs during the season and save the shave for huge meets to reduce any sort of drag or resistance. Not the greatest situation—for a 17-year-old especially—when you had to wear shorts during gym class, had months to go until big championships, and wearing anything but ankle socks was discouraged. I had super hairy legs that everyone could see for a really, really long time … when I forgot the knee socks I got special permission to wear, of course. But honestly, not being ‘allowed’ to shave was kind of nice and saved me a lot of time getting ready in the morning.” -Victoria Moorhouse, associate beauty editor

“Back in college, I decided to try DIY Brazilian waxing. This was a disaster for a few reasons: One, I had never been waxed anywhere before. Two, I had no idea what I was doing. Three, I’m stubborn as hell. So I set out to wax my crotch completely bare. What could possibly go wrong. The answer is: everything. I made the wax too hot and burned my skin. I then left it on for too long, so it hardened and ripped a layer of skin off with the hair. There was bleeding. There was crying. And yet I kept going, because I WOULD NOT ALLOW MYSELF TO QUIT until all the hair was gone. The result was a red, raw, bleeding, scalded (but hair-free!) mons. I thought that nothing could be worse, but then it actually scabbed over as the skin healed. I have never been so horrified, nor so uncomfortable. I haven’t so much as considered waxing since.” –Alle Connell, beauty editor