Poor Beautyblenders—they’re the war-torn heroes of our daily makeup routines, and definitely don’t receive the love they should. At least, that’s the case if you’re our Beautyblender, who only occasionally gets washed with a weird mix of Dawn and baby shampoo. But despite our mistreatment of our beloved sponges, we’ve never seen a Beautyblender as seriously destroyed as the one Reddit user posted a picture of last night. It…is…crazy.

MORE: 31 So-Pretty Hairstyles To Copy This May

The post, which was titled “brand new vs. 7 month old Beauty Blender [sic]” shows a brand-spankin’-new Beautyblender next to, uh, what supposedly is a Beautyblender, but actually looks like a destroyed, ripped-apart monster thing. Basically, nothing we’ve seen in our own kits after seven months. “Omg how…” wrote one user, “I have mine for 1+ year [sic] and it looks brand new.” And the same sentiment was echoed by pretty much every other Reddit user: “I’ve had one of my beauty blenders for 5 years and it looks fine. How did this happen it looks like it was attacked by an animal,” wrote another user. 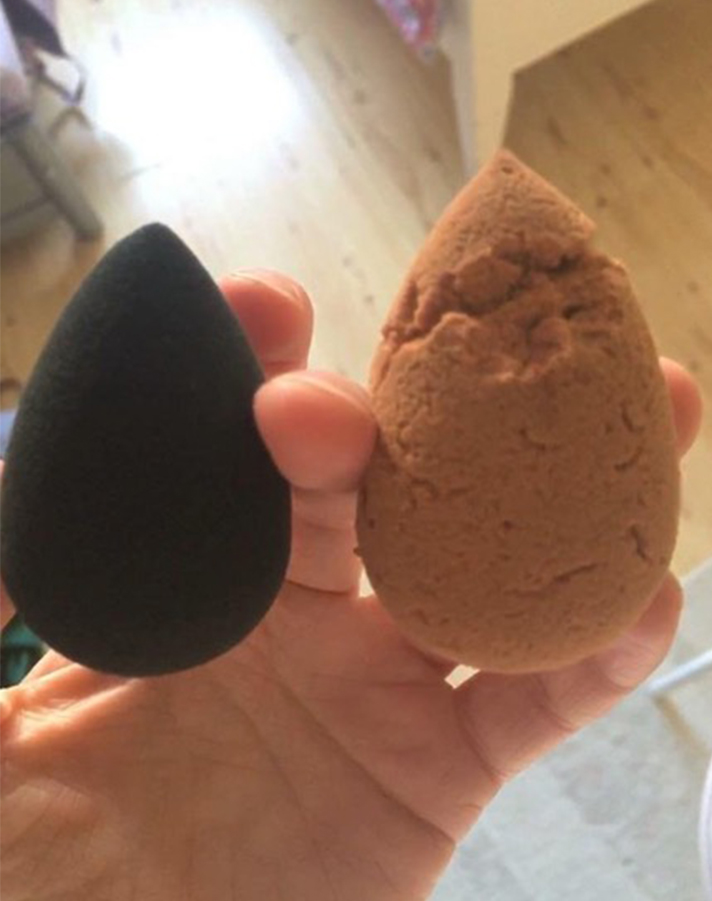 And we have to agree. Like, hey, you do you when it comes to your own tools, but trust us when we say your ‘blenders do not need to look like this after seven months. As some Reddit users pointed out, your sponge can get rips and tears if you hardcore wring them when washing them—especially if gripping the sponge with your nails—or if you let them roll around in your makeup bag, which the original posted said she does both on the regular. So if you’ve never actually bought a Beautyblender, don’t let this picture turn you off to them, because as long as you show your sponge some love, we’re positive it’ll stay intact. And for a refresher on how exactly you should be cleaning your sponges, check out our guide, below!