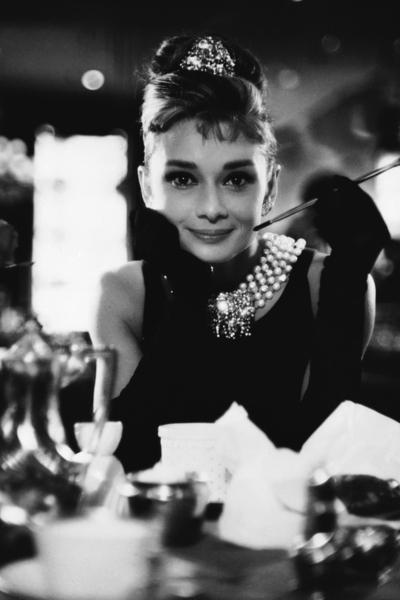 Audrey Hepburn’s Breakfast at Tiffany’s hairstyle has been named the most influential style ever.

The late actresses’ chic updo in the 1961 film–in which she played lead character Holly Golightly–has been given the honor after hairstylists voted it top of their list in a recent poll, revealing it is the most requested style in salons.

Other vintage cuts in the list included Marilyn Monroe‘s trademark platinum curls, which were second, and model Twiggy’s crop in third.

Jennifer Aniston made the top 10 for her Friends character Rachel Green’s hairstyle–aptly named “The Rachel”–while Victoria Beckham‘s “pob” was also among the frontrunners.

Audrey’s accolade comes after she was voted the most beautiful woman of all time in a poll held by QVC last year. Once again she saw off competition from Marilyn, who was third, and Jennifer, who came 10th in the survey.

Modern stars such as Angelina Jolie and Scarlett Johansson were also outdone by Hepburn.

Try on more iconic celebrity hairstyles in the Makeover Studio!