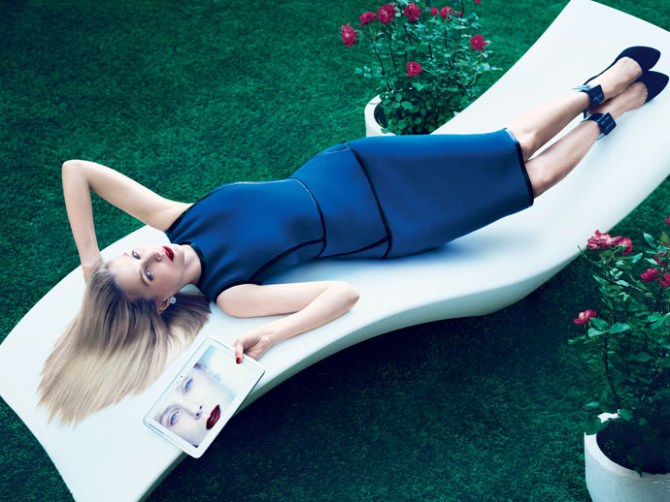 You might have had a sneaking suspicion this was true, but now there is proof: You’re much more likely to get a job interview as a beautiful woman.

Researchers at the University of Messina in Italy conducted a study on this very hypothesis sending out more than 10,000 resumes to test the theory. All of the resumes were the same, and only the names, addresses, and photos included were changed.

Now, you’re probably wondering how these researchers decided which headshots to include with the resumes. They selected photographs from the Internet and modified them in order to make them unrecognizable. They then asked 100 students at their university to choose which people in the photos they considered to be attractive and unattractive. Almost all of them (92 percent!) agreed on the classification. There goes the idea of subjective beauty.

MORE: Having A Low-Self Esteem Day? Here Are 10 Easy Ways To Get Over It

The kicker came at the study’s conclusion when the researchers wrote: “Searching for a job seems to be just like a beauty contest: it is better for unattractive women to invest in aesthetic surgery than in education.”

Alarming? Yes. Surprising? Not so much. Studies have long shown that attractive people are usually hired sooner, get promotions more quickly, and are paid more than their less-attractive co-workers. What makes the findings from this particular study news- worthy and all the more troubling is that this data speaks to the rapidly changing way we’re all applying for jobs.

Not that long ago, you’d never have included a headshot with your resume, and therefore what you looked like wouldn’t have impacted your interview callback rate. Now, it’s increasingly common to apply for jobs using online platforms like LinkedIn, where a profile photo is included. That means that this “attractive” advantage is coming into play earlier in the job application process than it ever has before.

Not to mention the fact that all potential emplyeers have to do in this day and age is log onto Facebook or Google, and it’s likely they’ll see what you look like before you walk through the door, even if you didn’t apply for a job using LinkedIn or attach a photo with your resume.

The other reason that these findings are significant is that they might begin to shatter some myths about why women seem to care so much about their appearance in the first place. Billions of dollars are spent on cosmetic surgery each year. There’s also the often-cited study that concludes that’s 54 percent of women would rather be hit by a truck than be fat. Maybe women aren’t really as vain as those stats would suggest—maybe it’s more about trying to land and thrive in a job.