Ariana Grande and sky-high ponytails go together better than peanut butter and jelly, or love and war, or you and your high-school boyfriend who were totally #made for each other (until you broke up after six weeks). And despite us believing that Grande will never change her now-iconic hairstyle, she proved us all wrong—sort of—by showing up to the American Music Awards last night with a cornrow-braided ponytail that was almost as long as she is tall.

MORE: 11 Bold Makeup Looks and the Drugstore Products to Get the Look

The singer, who wore a black bustier and white pants on the red carpet last night, rocked her signature ponytail (hey, she’s not breaking the mold that hardcore, yet, Ok?), but with a few new details, namely, three cornrows on the sides and top of her hair, a thick section of hair wrapped around the base of the ponytail, a la I Dream of Jeannie, and a foot of extra hair added onto the length of her ponytail, compliments of hairstylist Chris Appleton. 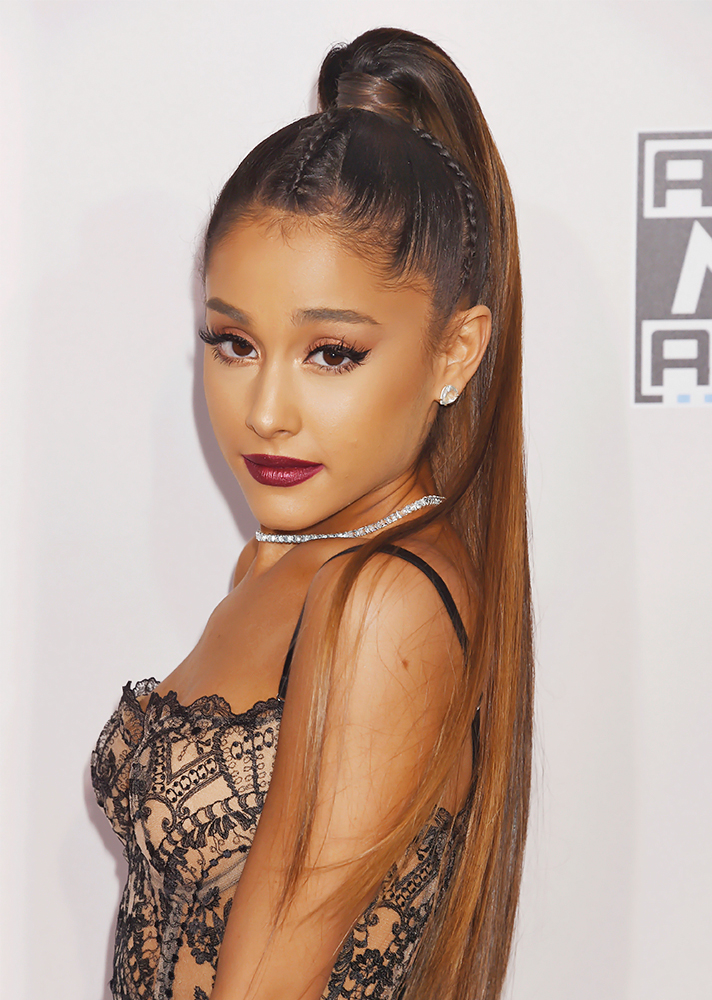 Appleton tested out the look a few weeks ago on his Instagram, showing Grande with the braided ponytail and the caption, “Werk that pony @arianagrande.” As much as we love the look, though, we can’t help but wonder how painful that hair must be by the end of the night. Tight braids, thick ponytail, and an extra foot of hair extensions? Ouch, ouch, ouch. We might just leave this killer look to you, Grande, but thanks for the hardcore inspiration.