While obsessing over the Golden Globes last night, we were so focused on the A-list actresses’ hair and makeup (and Jason Momoa’s arms, tbh) that we missed one of the coolest makeup looks of the night that came from a guy. Ansel Elgort’s Golden Globes 2020 glam included shimmery eyeshadow and bright white nails that were subtle enough to go almost unnoticed. The actor hit the award show with longtime girlfriend Violetta Komyshan and proved gender norms are a thing of the past.

Often when we talk about men in makeup, we’re thinking of James Charles or Patrick Starrr—drag-level glam. These are full face beats using a dozen or so products to highlight and sculpt the face. There’s a place for that, of course. It’s art. But there are guys who wear makeup in a more subtle, everyday way with a little foundation, concealer or eyebrow gel. For Elgort, this includes sparkly eyeshadow on the red carpet. 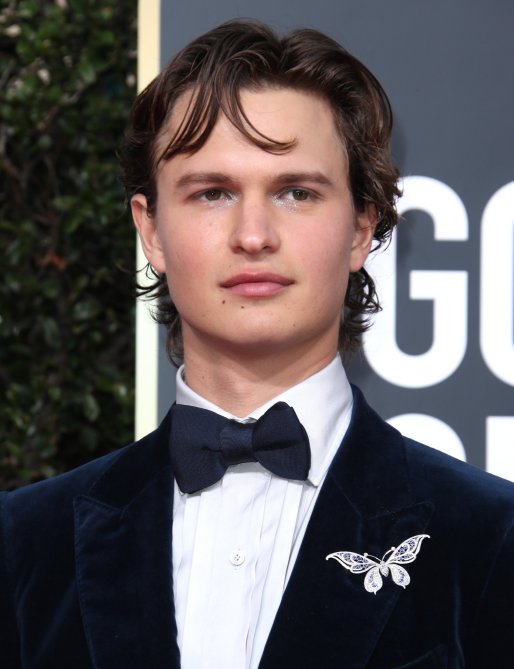 It’s refreshing to see men’s grooming include a little sparkle. Glitter is for everyone, after all. Straight, gay, bisexual, cis or gender-nonconforming (to name a few)—it doesn’t really make a difference. And fans of Elgort agree. They took to Twitter last night to give props to the actor and his makeup artist. (We’re not sure who that is yet.)

This isn’t the first time Elgort has played around with makeup. The 25-year old has tried liner on his waterline that was just as shimmery, but usually we only see these fun looks on his Insta Stories. There’s something seriously refreshing about a man knowing he can experiment and it doesn’t effect his masculinity.

Elgort is starring in the upcoming West Side Story movie so we have a feeling this isn’t the last we’ll see of his beauty looks on the red carpet.