A 63-year-old woman going gray shouldn’t be news. But unfortunately, it’s still rare to see a Hollywood actor embrace their natural hair color at any age. That’s why Andie MacDowell’s gray hair was the talk of the 74th Cannes Film Festival last week. MacDowell was at Cannes in partnership with L’Oréal Paris, walking in big two red carpet events.

The first night, the actor surprised the crowd in a silvery-blue Prada dress that gorgeously matched the silver in her hair. She wore her natural curls down and full so everyone could get a good look at the streaks of gray and brown. L’Oréal Paris hairstylist Stephane Lancien was responsible for the bouncy curls and makeup artist Val Garland did the glam.

Back in February, the actor said on “The Drew Barrymore Show” that her family helped her make the choice to go to the natural side during stay-at-home orders. “I wasn’t coloring my hair … and then you could see my roots, and my daughters kept telling me that I looked badass. And the idea that I could look badass really appealed to me,” she said. “So I went for it and I’m enjoying it.” She calls the color “sexy silver” instead of gray. 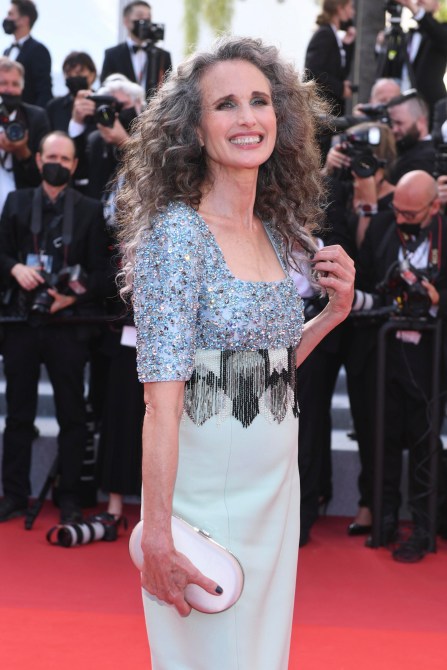 On the second night, MacDowell wore a white Versace gown and pulled back her curls. The red lip adds to the perfection. 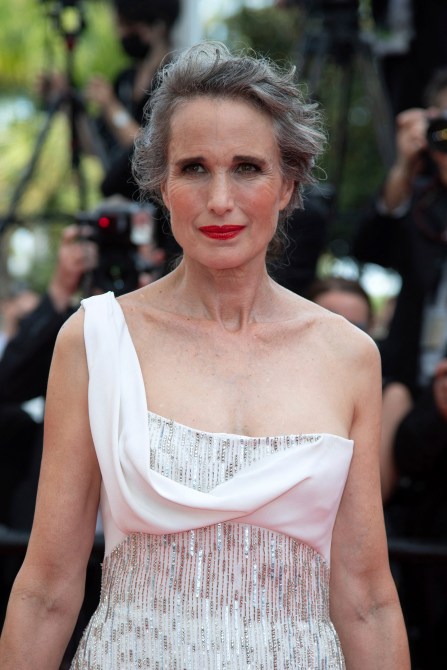 MacDowell wasn’t the only one who showed off their natural gray hair at Cannes. 58-year-old Jodie Foster walked the red carpet with her wife Alexandra Hedison. Foster had face-framing gray hair, while Hedison also sported some gray streaks. Foster was there to receive an honorary Palme d’Or award for lifetime achievement at Cannes. 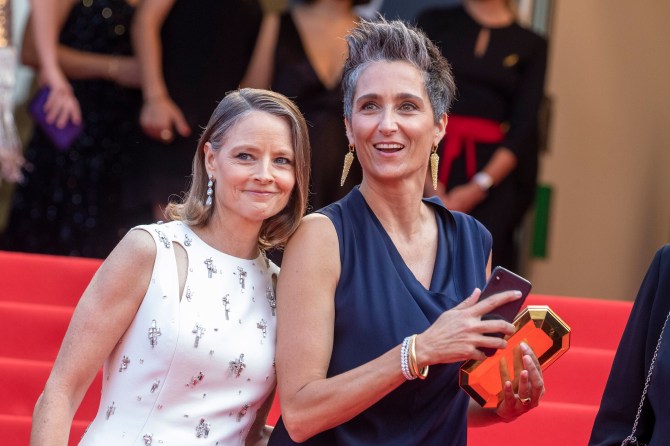 We love seeing celebrities prove not only can gray be badass, but it can be glamorous enough for the red carpet, too.