When a celebrity gets a major haircut, it usually signals a new role or a big personal change. When it comes to Ana de Armas’ bob haircut, we think it’s probably the latter. Though, it could be both! Reports of the actress’ breakup with Ben Affleck started this weekend, after almost a year of dating. The duo was basically the quarantine couple, seen out and about (sometimes with masks) in Los Angeles while everyone else was laying low.

“This is something that was mutual and something that is completely amicable,” a source told People. “They are in different points in their lives; there is deep love and respect there. Ben continues to want to work on himself. He has three jobs lined up and he’s a solid father at home. They are both happy with where they are in their lives.”

De Armas has numerous projects in the works as well and her new bob haircut is a fresh start to 2021. You can spot the chin-length bob with bangs in a YouTube video in which she praises her friend Claudia Muma. De Armas joins around the 1:24:22 mark. 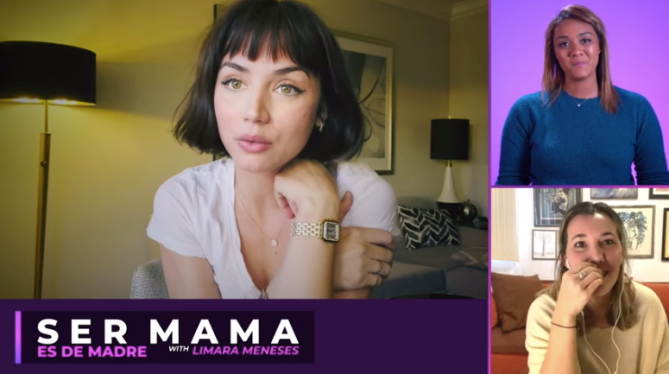 The Knives Out actress didn’t go the popular curtain bang route as so many other celebrities. In recent months, Ashley Benson, Ariana Grande and Bella Hadid have all jumped on the ’70s trend. De Armas instead went for a more “French girl” haircut with choppy shorter bangs complementing the blunt bob. To say we’re obsessed would be an understatement. We can’t wait to see how she pairs it with her fashion-forward looks on the next (safe) red carpet.