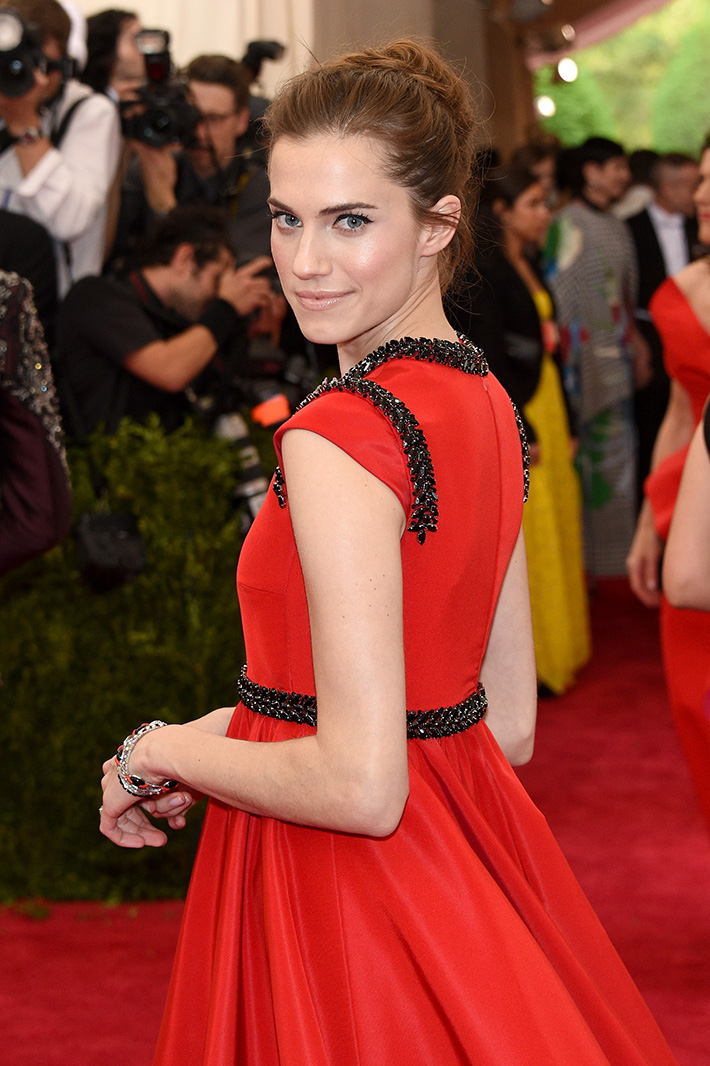 Shocker: The genetically superior, perfectly symmetrical Allison Williams looks fantastic with the kind of wispy, brow-grazing Birkin bangs we’ve all lusted after at one point or another. Celebrity hairstylist Chris McMillan, who is also responsible for the very expensive heads of stars such as Jennifer Aniston and Selena Gomez, gave Williams the fresh new ’do just last night—and it’s a good one.

Under any other circumstances, this type of cut would probably be something we’d write off as too minor to warrant flipping out about, but because it’s Williams we’re talking about here, it’s a little more noteworthy. After all, the “Girls” actress has remained pretty much committed to her go-to look of glamorous sideswept waves and princessy updos since she hit the scene—so any and all hair changes are news.

An additional Instagram earlier this afternoon enlightened us to the fact that Williams underwent the transformation for a character she’s about to play. Now that’s the Allison Williams we know and love: The girl just doesn’t really do beauty experimentation.