A growing trend in the modeling world has been to make a drastic hair change – and then suddenly become the model of the moment. Natalie Westling dyed her hair a vibrant red (for a Marc Jacobs ad job) and suddenly walked in countless shows; Marga Esquival went grey and stole the show at Gucci Resort; and of course, Isabella Emmack cut her hair into a pixie and was an exclusive at Alexander Wang for Fall 2015.

The key here is that these differences are being noticed – and many new girls are taking note. That’s why when Alex Wang and Redken’s Creative Director, Guido, decided to cut a few girls’ hair for the designer’s Spring 2016 show, they had more than a few volunteers.

Wang wanted to emphasize a “real, raw” feeling for the show, as if they were literally pulling these girls off of the street. In order to do that, he wanted everyone to have their own individual look and feel, but it had to embrace the designer’s signature downtown, cool-girl vibe. 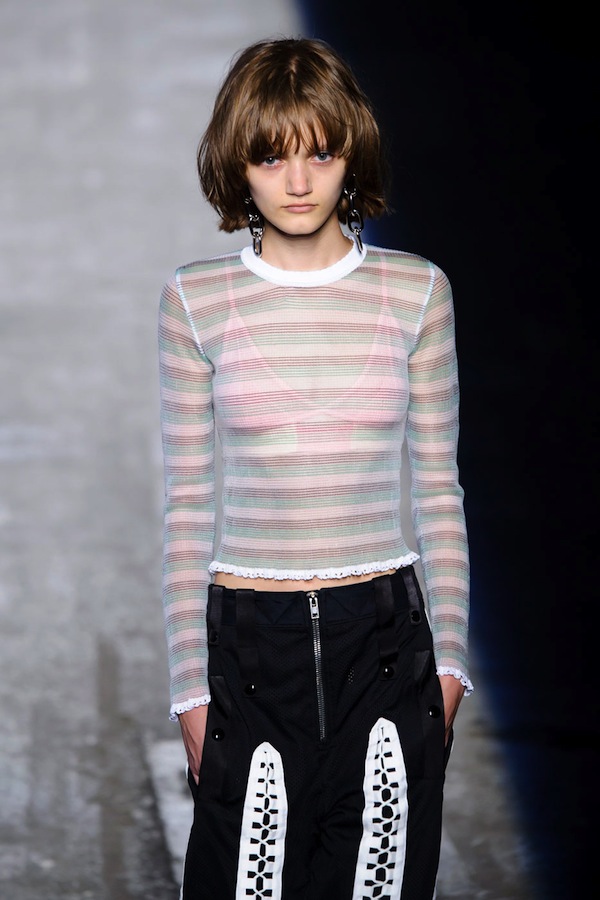 Peyton Knight’s previously long locks were cut into a bowl shape for the show, giving her an edgier look. (Photo: Imaxtree)

When speaking to Guido backstage, he said that they were surprised at how many girls were game for haircuts – a few were actually pretty major – but that most of them were indeed new faces so you may not recognize if they got a full chop.

One went as far as to get a buzz cut, while another had what could resemble a bowl (Peyton Knight, a relatively young model, pictured above). Most had simple layers added or fringe, or even just a bit of thinning out at the ends to get that added edge. 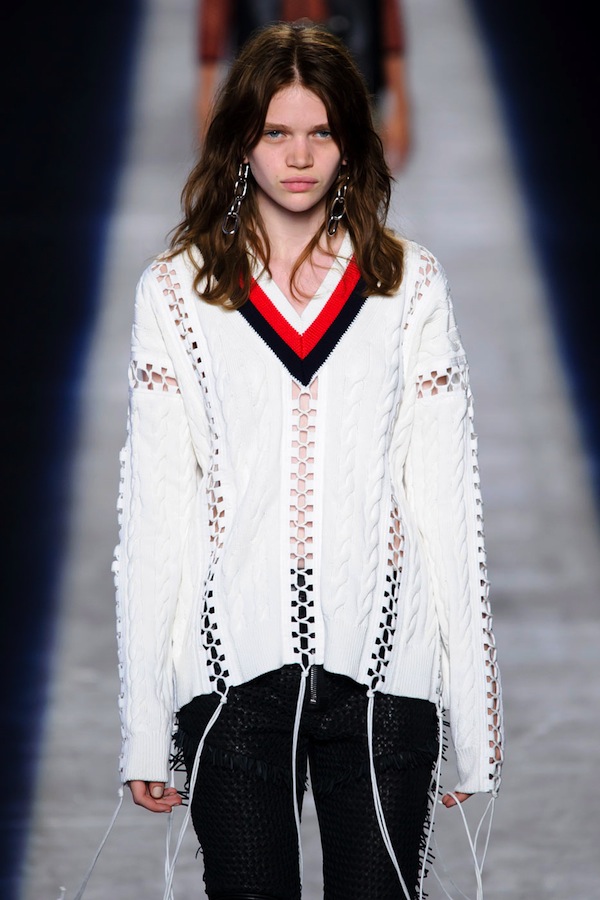 Model Stella Lucia even dyed her hair from platinum blonde to a soft brown. (Photo: Imaxtree)

As to why the girls were so eager to go for total hair transformations, at the hands of Guido? Well, duh—walking in Wang’s show is career-making move, and Guido’s a bonafide beauty legend. But since he’s a modest legend, he also told us, “I don’t think girls are scared anymore – you’ll see more and more different girls in the show. You don’t need one length of hair anymore. It just broadens the idea of beauty.”