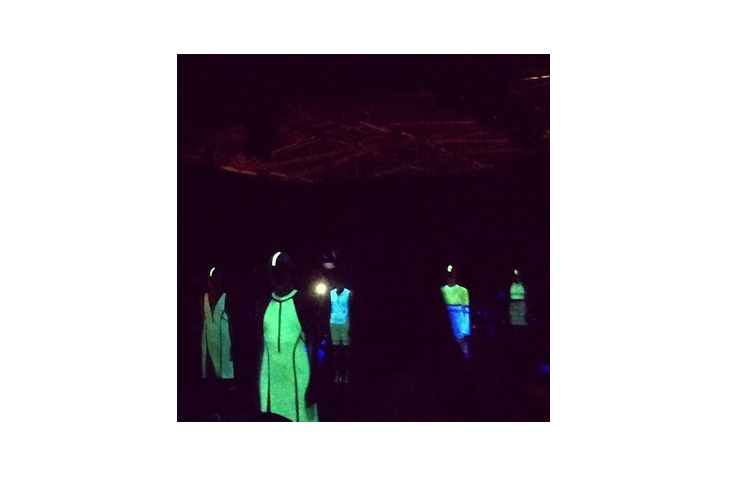 Alexander Wang is many things, but his forte is being one of the most innovative designers to show at New York Fashion Week. This season was no different, as the show attendees were in complete amazement as the lights went down and the designs began glowing in the dark. We went backstage to get the scoop on the looks from Diane Kendal, makeup artist for NARS, and Guido Palau, hairstylist for the show.

The inspiration behind the innovative beauty looks was minimalism and futurism, featuring low ponytails with duct tape parts and minimal makeup. The duct tape parts, which alternated black and white depending on the look, stole the show when the models clothing and duct tape began glowing in the dark. “Alexander Wang likes to push things as a designer, so this duct tape fashion gives it something extra,” says Guido Palau.

Diane Kendal used two different foundations, one light and one dark, for a contoured look, and blush on the apples of the cheek. The lips were taken away with foundation, keeping the focus on the hair. The focus on the face was the eyebrows, being filled in with a light shadow. Overall, the look was all things futuristic and minimalistic, keeping true to Wang’s focus on this collection.