We’ve all been there: We arrive at the office at 9 a.m., proceed to eat a nice healthy breakfast, bang out some stellar work, and are totally pleasant to our colleagues. Then, 3 p.m. hits, and we’re snappy, unfocused, and hitting the vending machine hard.

While this scenario might seem more like your daily dossier than anything particularly scientific, it actually is: New research has suggested mornings really are when we’re at our absolute best, and by the afternoon—worn out from our earlier attempts at being angelic—we’re more likely to lie, cheat, or indulge in lazy behavior, reported NBC News. 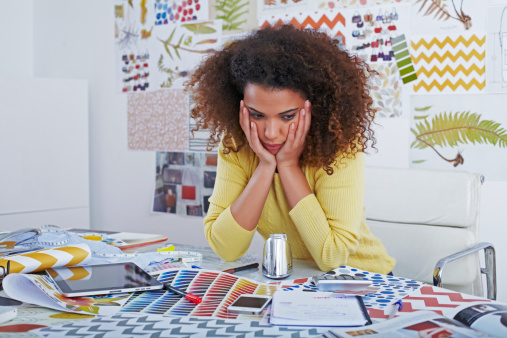 “From the moment people wake up in the morning, daily life requires the exertion of self-control,” write the study authors, Maryan Kouchaki and Isaac Smith of Harvard University’s Edmond J. Safra Center for Ethics. “In deciding what to eat for breakfast, where to go and why, or even what to say and to whom, people regulate and control their desires and impulses.

“Normal, unremarkable experiences associated with everyday living can deplete one’s capacity to resist moral temptations,” they write. “In other words, people are more likely to act ethically and to overcome temptation in the morning than later in the day.”

MORE: New study says this is the best hangover cure

The study, published this week in the journal Psychological Science, adds to past research that has suggested self-control isn’t an infinite resource, and by the afternoon, we’ve run out of it.

The authors tested this theory by setting up a pretty basic experiment where students were paid money to answer a question in a certain way—whether the answer was true or not, and they found that the participants in the afternoon sessions answered dishonestly.

In another experiment, people were given the choice to read some intelligent fare (The New York Review of Books), or some super-light stuff (People magazine). Nearly 60 percent of the volunteers in the afternoon sessions chose the People magazine, whereas only 40 percent choose the gossip in the morning.

So, what does this mean for you? Basically that it’s key to be aware of our afternoon shortcomings, try to organize our days accordingly. As NBC News points out, challenging or moral should be done in the morning, while work that requires less focus should be saved for the afternoon, when we;re more likely to slip into a serious slump.

Head over to NBC News now to read the entire study, and let us know: Do you hit a wall in the afternoons?