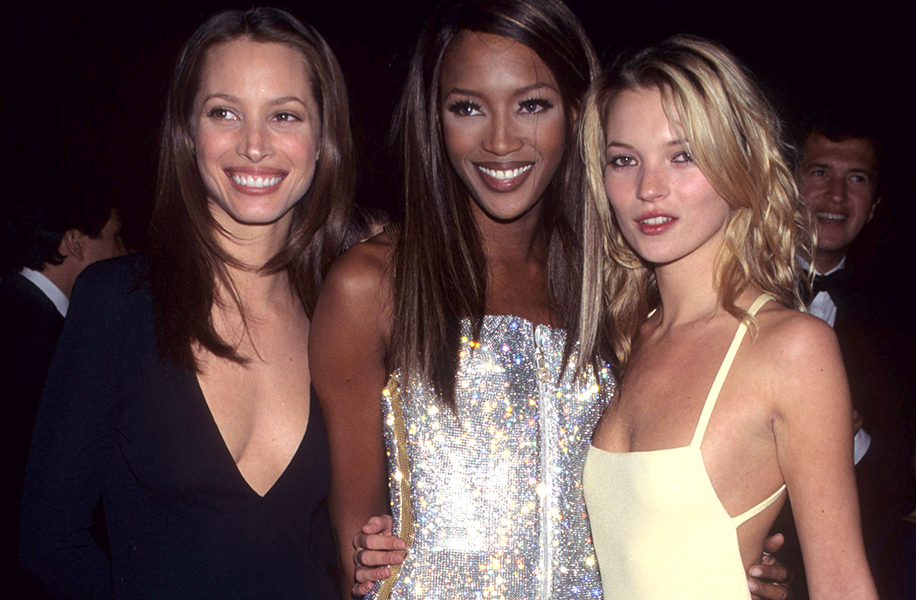 The beauty looks we’d written off since the ’90s are back, and we’d be remiss not to get in on them. Don’t freak: Crazy thin eyebrows have gone the way of the dinosaurs and stayed there, but some of the more palatable trends of the decade are making their way back into public favor.

This fall is all about hair and makeup that draws inspiration from the years of all things grungy, gothy, and apathetically cool—and we’re all about it. Taking those same trends and putting a modern twist on them is super easy, and while they’re so well-suited to the season, you may have trouble letting them go next time warm weather rolls around. 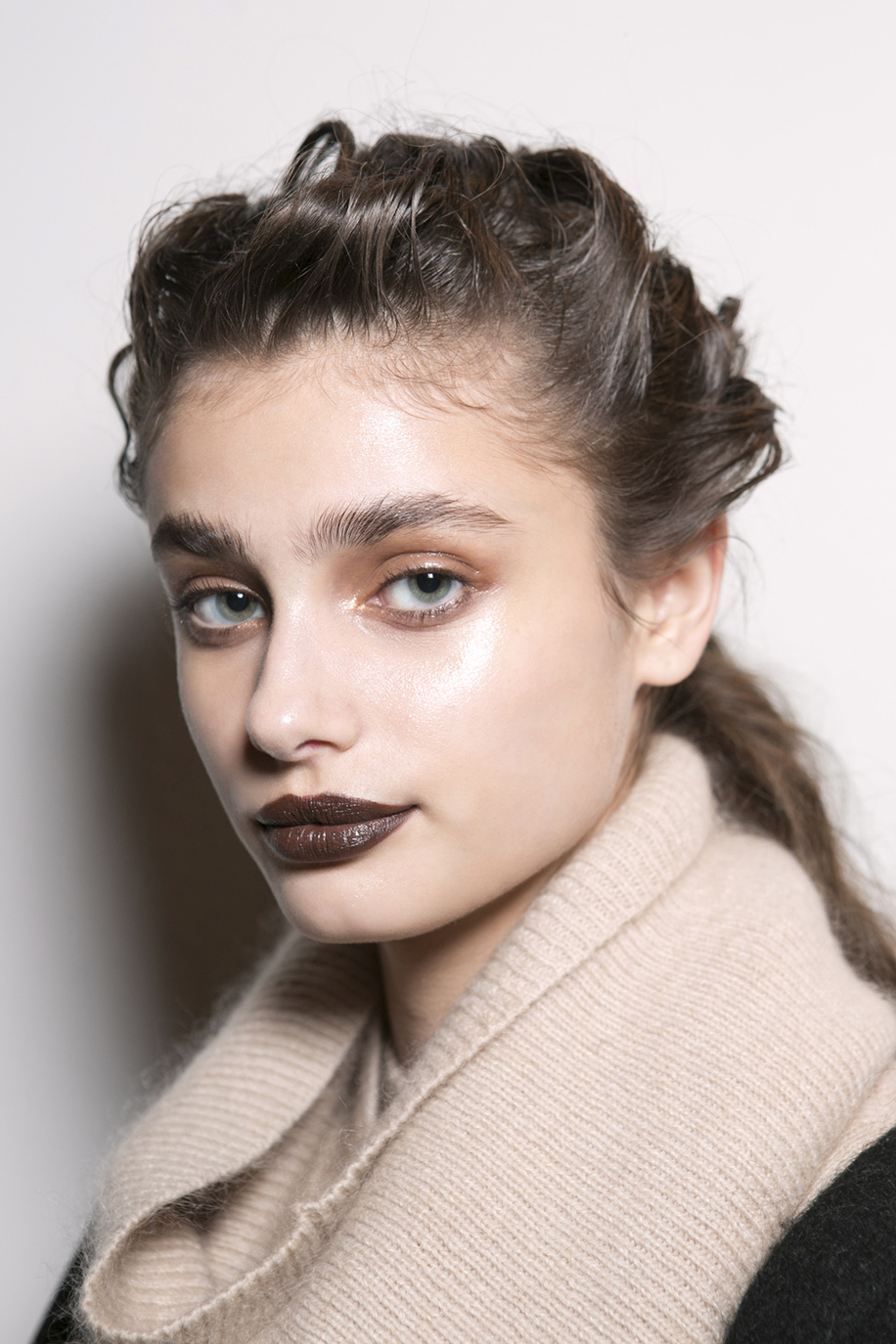 Brown lipstick
Perhaps the most solid evidence of the ’90s revival, brown lipstick—from neutral nudes to dark murky shades—is back in a big way. The key to making it work is in keeping the focus on the lip without distraction. That means minimal or totally bare eye makeup—if you want to dress it up, a simple black cat-eye will do—and very little blush or bronzer. Most importantly, don’t pair the look with matte skin. A dewy, fresh complexion keeps you from looking like a total throwback. As far as formula goes, it’s up to you whether you want a matte or glossy finish, but we’re loving the universally flattering Urban Decay Matte Revolution Lipstick in 1993 ($22). 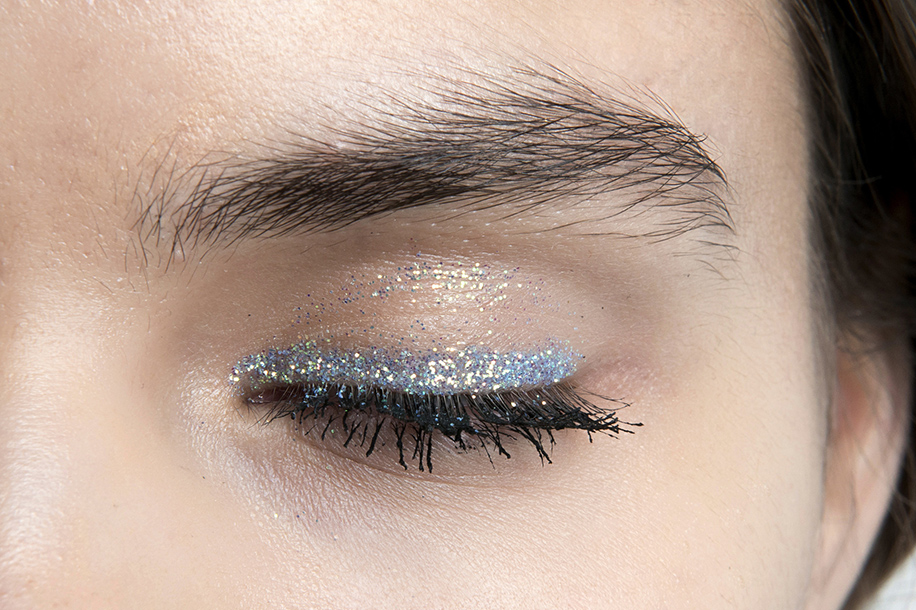 Glitter
Eyes, lips, cheeks, collarbones: Glitter was absolutely everywhere in the 1990s, but nowadays we think it’s best left to the eyes. A fine line of a glittery liner as close to the lash line as possible looks totally of the moment, whether you choose a neutral shade or a pop of color. MAKE UP FOR EVER Aqua Liner ($23) is a killer liquid formula that comes in several sparkling choices, including a vibrant turquoise blue, and the super-fine foam-tip applicator makes it a cinch to apply. Just skip the lipstick if you’re going for major color on the eyes. 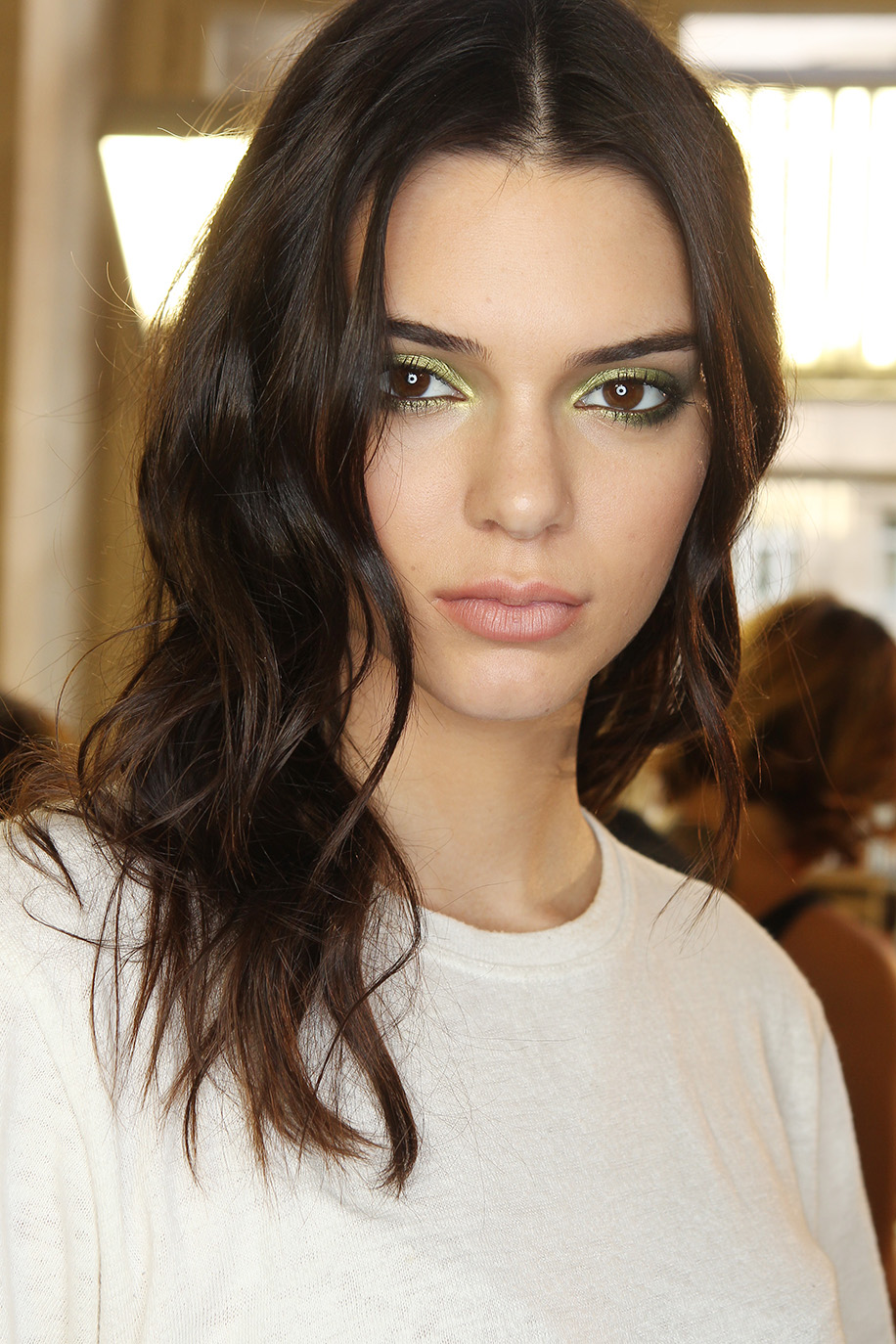 Frosted anything
We wouldn’t have touched a frosted lipstick with a 10-foot pole two years ago, but to our surprise, it’s actually seeing a resurgence—as in, celebrities are wearing frosted lip colors on days other than October 31st. Iridescent eyeshadows are also making a comeback, and shimmery highlighters are pretty much the norm. Stick to one feature and keep the rest of your look low-key, or swap out the frosted finish for the more wearable metallics that we’re also seeing all over. The pearly MAC Cosmetics Lipstick in High Strung ($17) is flattering on a wide variety of skin tones, or if you want to leave it to the eyes, try Stila Cosmetics Eye Shadow in Starlight ($18). 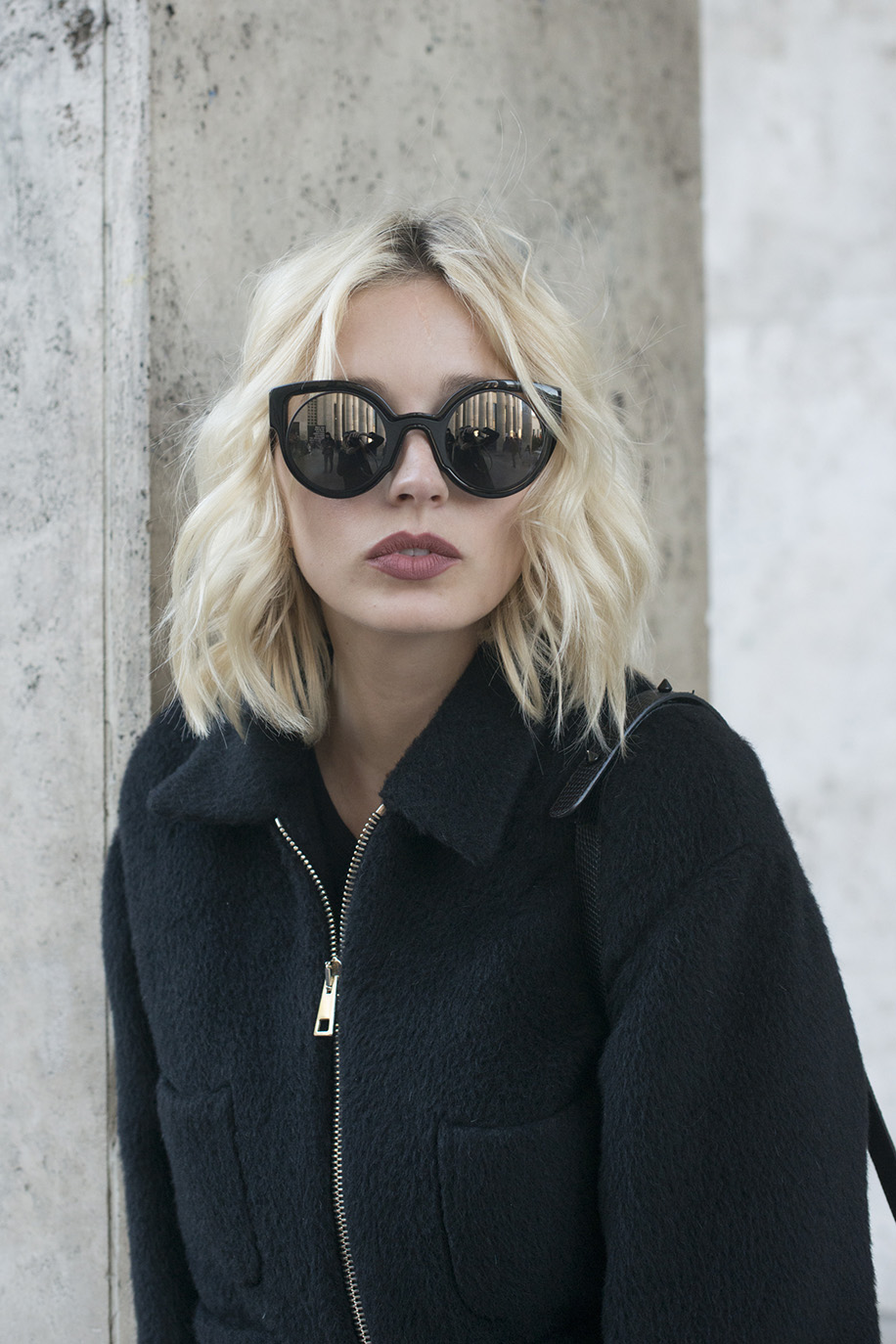 Berry lipstick
Dark, vampy berry lipstick was one of the defining features of ’90s beauty, and while it hasn’t ever quite disappeared from red carpets and runways, it’s joined brown lipstick in becoming more popular than ever. The good news is that you can wear berry lipstick almost any way you like—matte, glossy, with eyeliner or none—so long as you keep the rest of your face relatively clean. Avoid using too much color anywhere else: A bit of blush or bronzer is fine, but anything that competes with the dark lip will be a recipe for disaster. Give the rich, pigmented Buxom Big & Sexy Bold Gel Lipstick in Vampy Plum ($22) a try. 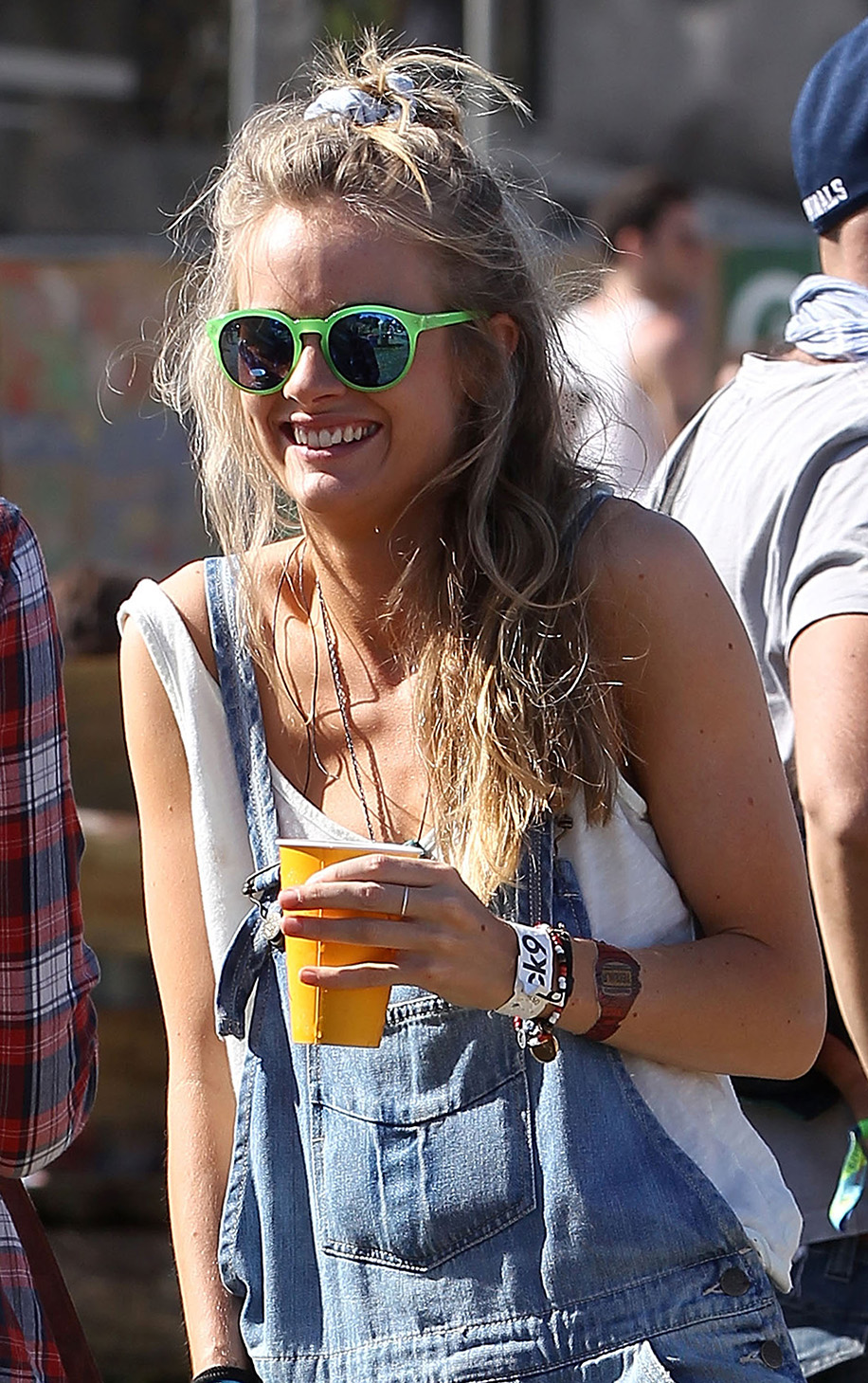 Scrunchies
Hillary Clinton’s aptitude for the decade’s hairbands of choice isn’t the only thing keeping the scrunchie business afloat. Cool girls everywhere are wearing them without irony, and we’re kind of into it. (Plus, they don’t leave creases in your hair like regular ponytail holders—excellent.) They don’t work with more polished looks, however, so leave ’em to the days when you’re going for a tousled, slightly offbeat vibe. Or you could always make like Hil and rock them with pantsuits—we won’t judge. Goody Ouchless Scrunchies are the best, obviously.

MORE: 10 Ways to Ride the Brown Lipstick Wave—Inspired by Our Favorite ’90s Movies