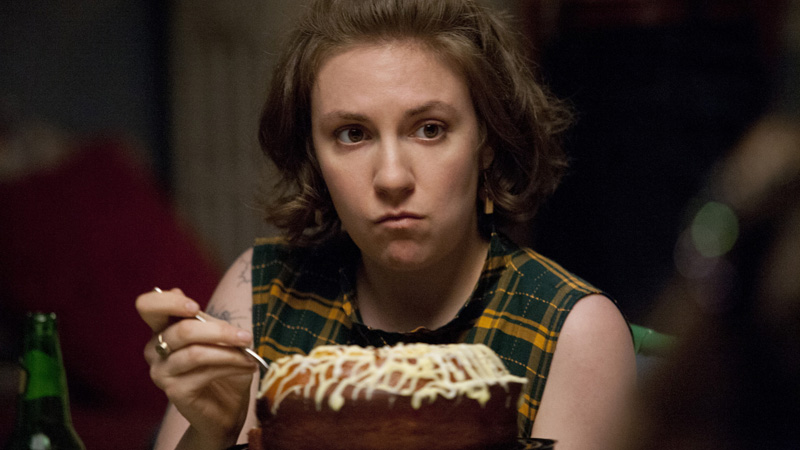 If you’re like a lot of women, your period likes to make an entrance. Even before that lovely time of the month swoops in, your body might throw a welcome parade in its honor—otherwise known as PMS. This typically includes the usual suspects like cramps, bloating, and headaches. Perfect. But what about those other weird symptoms you feel around this point in your cycle?

Most research suggests that the spike and drop in the hormones estrogen and progesterone during days 21 to 28 of your cycle (a.k.a. the week before your period), can cause the annoying physical symptoms we know and despise along with some other the random ones, says ob-gyn Alyssa Dweck, M.D., coauthor of V is for Vagina. Plus, some researchers hypothesize that the hormonal rollercoaster can even affect neurotransmitters in your brain—which could explain your spacey, emotional self at this time.

Full disclosure: Researchers have yet to discover the exact reasons why many of these symptoms occur, says Dweck. Still, it’s helpful to know that you might be able to blame PMS for these pains before stepping foot in your doctor’s office. We spoke with a few experts about the strange symptoms affiliated with that time of the month:

While the reason behind increased clumsiness around the time of your period is still a mystery, this is frequently reported to gynecologists, says Mary Jane Minkin, M.D., clinical professor of obstetrics and gynecology at Yale School of Medicine. The hypothesis is that high estrogen levels trigger your liver to make hormones that affect the kidneys and cause fluid retention in your body and possibly your brain, which could make it hard for you to keep your balance, she says.

2. Sleeping is Easier Said Than Done

When estrogen and progesterone levels plummet in the days before your period, you might experience hot and sleepless nights (not in a good way), says Minkin. This is because low estrogen levels can cause you to get really hot while you sleep. At the same time, a dip in progesterone, which has sedating qualities, can also make it tough to get some shuteye, she says. This is similar to what women going through menopause experience.

3. Getting a Bikini Wax May as Well Be Child Birth

If you’ve ever read anything about waxing, you probably know that the optimal time to schedule your appointment is anytime but the week before or during your period. Some research has shown that pain receptors are more active during this time in your cycle, says Minkin. Although scientists don’t know what causes receptors to be more active, it’s a good idea to avoid the salon during span of time anyways, she says.

4. Things Are a Bit Uncomfortable Below Deck

If you tend to feel itchiness, burning, and the other usual signs of a yeast infection in the time leading up to your period, your cycle may to blame, says Grace Lau, M.D., an assistant professor of obstetrics and gynecology at New York University’s Langone Medical Center. Although no studies have proven it, it’s possible that hormonal changes could make you more prone to yeast overgrowth, she says.

5. All of the Sudden, Everything Sucks

If you are not diagnosed with depression but feel really bummed before it’s time to break out the tampons, this could also be caused by the fluctuation in neurotransmitters like serotonin, says Minkin. Scientists are still searching for the reasons why some people feel depressed in the days leading up to their period, but they have found that women diagnosed with premenstrual dysphoric disorder, a severe form of PMS that interferes with daily life, have responded well to taking anti-depressants containing serotonin, says Minkin.

6. Chips and Ice Cream Seem Like a Well Balanced Meal

Ever wondered why you want to down a bag of chips, chase it with a pint of ice cream, and then look at the calendar and realize your period is right around the corner? You might be on to something. “Nobody knows exactly why, but a lot of patients talk about craving sugar and salt before their period,” says Minkin. But try to curb those cravings, since snacking on salt can make you retain even more water and eating sugary treats can lead to a sugar crash and sleepiness, she says.

7. Focusing on Your Work is a Job In Itself

You know those moments where it takes more effort to focus on what you’re doing than actually doing it? Yeah, been there. If this keeps happening to you at the same time every month, your cycle could be messing with your neurotransmitters, and in turn, your ability to focus on anything longer than the length of a gif, says Dweck.

If you think you’re experiencing a random PMS side effect, assess your body for this feeling or symptom daily for two to three months, says Minkin. If it keeps reappearing around the week before your period, you might want to speak with your doctor for her best recommendations to treat it, she says.