All the big fashion shows have at least one celebrity sitting in the front row — but at Miu Miu‘s spring 2013 Paris Fashion Week showing, there were five. And these weren’t just any five actresses, but a who’s who of stylish Young Hollywood: Amanda Seyfried, Emma Stone, Dianna Agron, Felicity Jones and Chloë Sevigny. We’re dying over this photo! 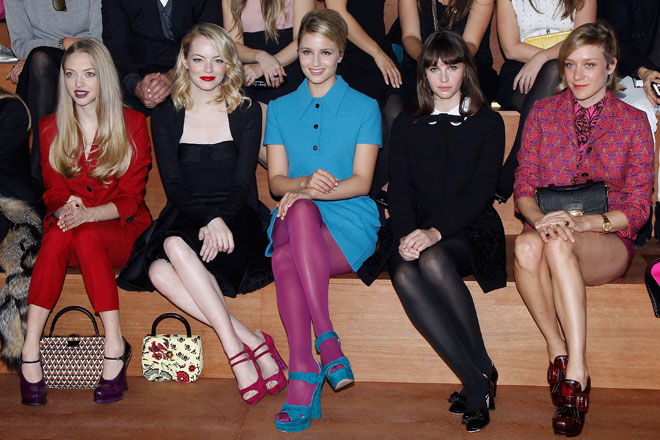 Now to the important issue here: whose look did you love most? We’re not sure we can pick a favorite, so let’s take a closer look at them all.

Related article: Who Had The Best Look At Paris Fashion Week?

The mulberry-colored lip is a major trend both on and off the runway this season, but Amanda Seyfried managed to make the look surprising by pairing it with a red suit and purplish heels that matched her lipstick. What do you think of this shade on her? And would you ever think to match your lip color to your shoes? 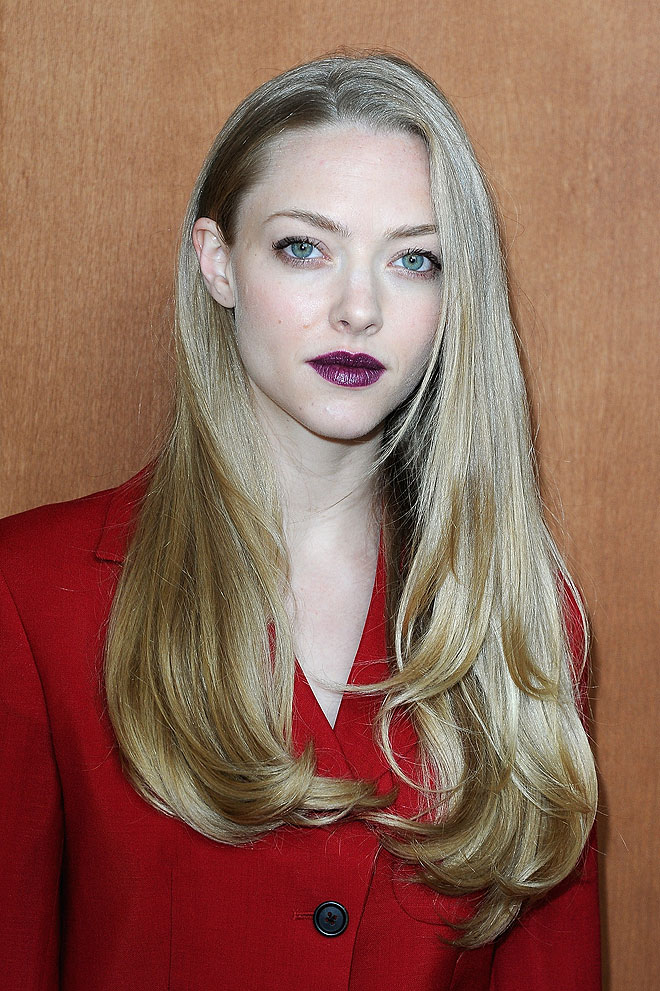 Meanwhile, Emma Stone kept her statement lip classic with a cherry red that played perfectly with her blonde locks and alabaster skin. Perfection, no? 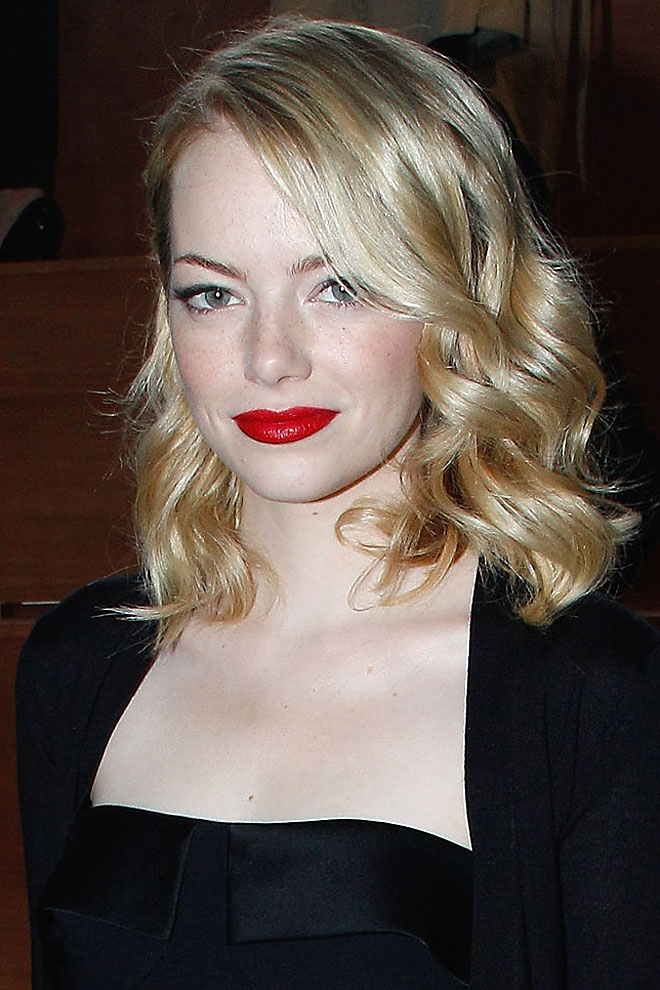 For Glee star Dianna Agron, it was all about the vintage-inspired bouffant hairstyle — and those luscious Twiggy lashes. Don’t you think her look goes perfectly with that retro butterfly collar? 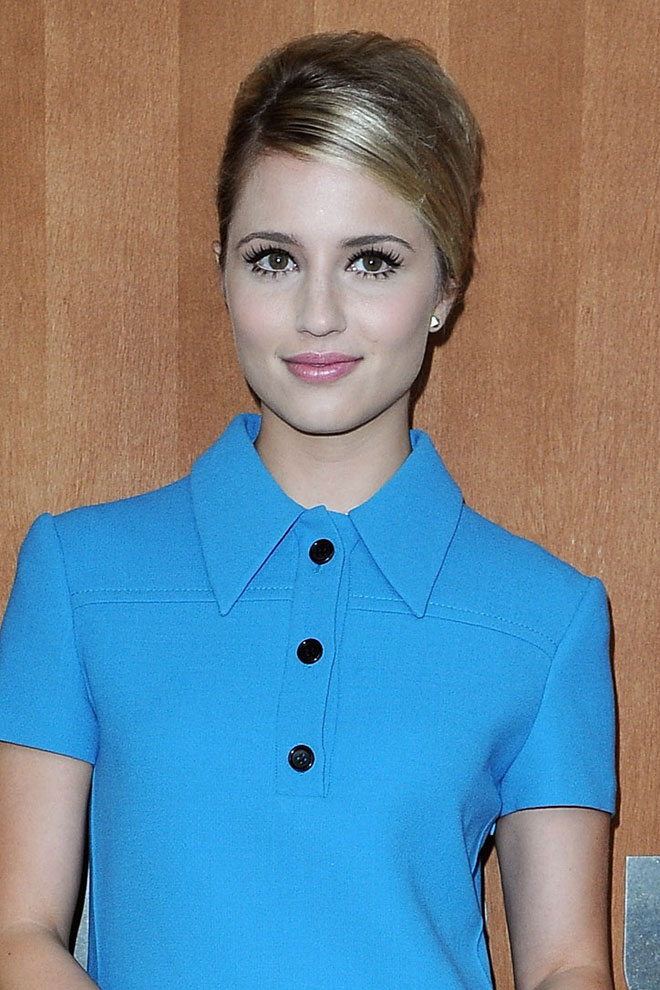 And finally, British actress Felicity Jones and Chloë Sevigny both stayed true to their signature looks: a pink English rose palette for Felicity, a coral lip for Chloë and fresh, dewy skin for both. 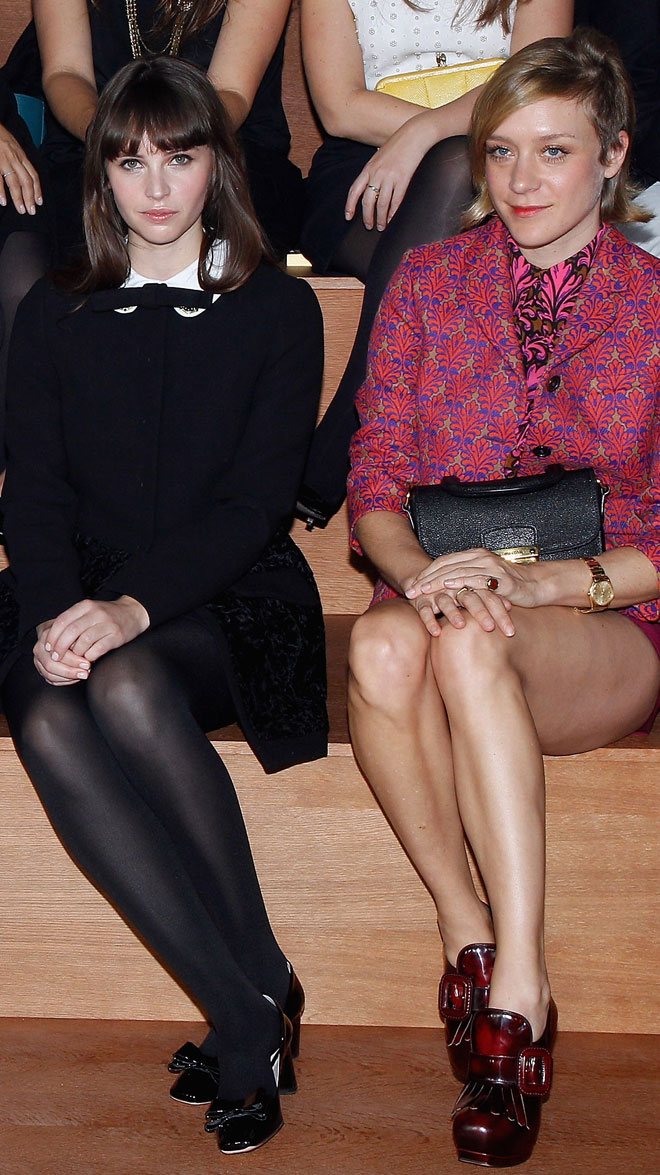 In your opinion, who had the most gorgeous look at Miu Miu? And is that front row shot the best Fashion Week picture ever, or what?