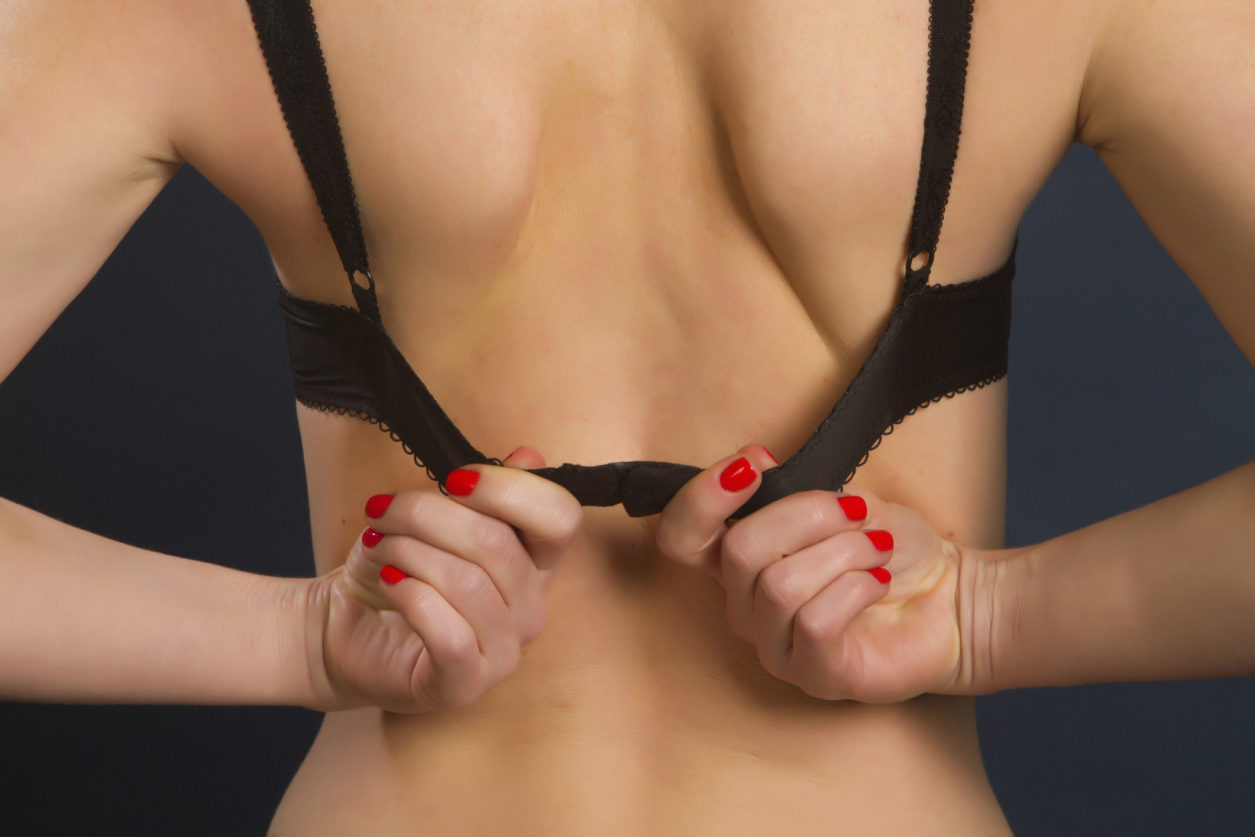 Putting on a bra is like brushing your teeth—the habit is so ingrained in your mind that you don’t even think about it. But according to a study from France’s University of Franche-Comté, it may actually be good for you to ditch your bra every once in a while.

The study followed 320 women over 15 years and found that those who went braless were more likely to have perkier breasts than those who regularly wore a bra. Researchers theorized that bras do the same work as breast ligaments, which can reduce their effectiveness. In other words, wearing a bra can make your boobs lazy, which then makes them more likely to sag.

That actually makes sense, says biomechanist Katy Bowman, author of Move Your DNA. “To maintain function, it’s necessary for the breast’s support structure to feel and respond to the actual weight of the breast,” she says.

Interested in increasing your braless time? Unless you’re an A-cup, Bowman suggests that you ease into it. First, go braless at night, if you don’t already. Then, swap your underwire for a soft bra with less support and start adding it to your regular bra rotation. Once you feel comfortable with that, and don’t feel sore with less support, it’s okay to go braless.

Of course, we’re not suggesting that you free-boob it 24/7. But if you want to see if it gives you perkier breasts or just want a reason to ditch your bra more often, here are a few easy (and subtle) times you can go braless.

1. Getting ready in the morning.

Do your hair, makeup, coffee, the works sans support—and only slip on your bra right before you head out your door.

The tight fit of the jacket gives you just enough support so you’re not all over the place, while denim’s semi-stiff fabric makes it pretty damn hard to see what’s going on underneath.

3. Getting more mileage out of your neoprene

Your neoprene top from the summer is great for layering over a long sleeve shirt—and concealing your bralessness. If you have bigger breasts, wear either a more form-fitting neoprene or a tube top underneath for a touch of support.

Slip a denim shirt under a cable-knit sweater on a cooler day. The tight knit of the sweater, combined with the chambray, will disguise the fact that there’s nothing underneath.

Just slip on a sweatshirt and go. If anything is that detectable (and it shouldn’t be), the neighbors can deal.

6. Wearing a moto jacket or vest

Just like a denim jacket, the leather’s stiffer fabric helps keep you in place while concealing obvious signs of bralessness. Zip it up for maximum support.

Next time you’re wearing something so form-fitting it requires a body shaper, opt for one that covers your boobs and doesn’t have underwire. The tight fabric will hold you in place while still giving your breasts more of a break than a bra would.

Tanks with a built-in shelf bra offer a little support and concealment, but it’s nowhere near what you’d get with a “real” bra. Layer one under pretty much anything.

9. Doing chores around your place

There’s zero reason why you need to wear a bra while you’re folding laundry, unloading the dishwasher, scrubbing the toilet, etc.

Bodysuits look great under slouchy jeans or layered under a summery dress for warmth. Throw an extra layer, like a button-up sweater or cute jacket, over top if you don’t feel 100 percent confident.

A belted trench won’t give anything away—especially if it’s double-breasted.

12. Wearing this kind of top

Some shirts, like the one Kim Kardashian recently wore in Paris, aren’t meant to be worn with a bra. Just go with it.