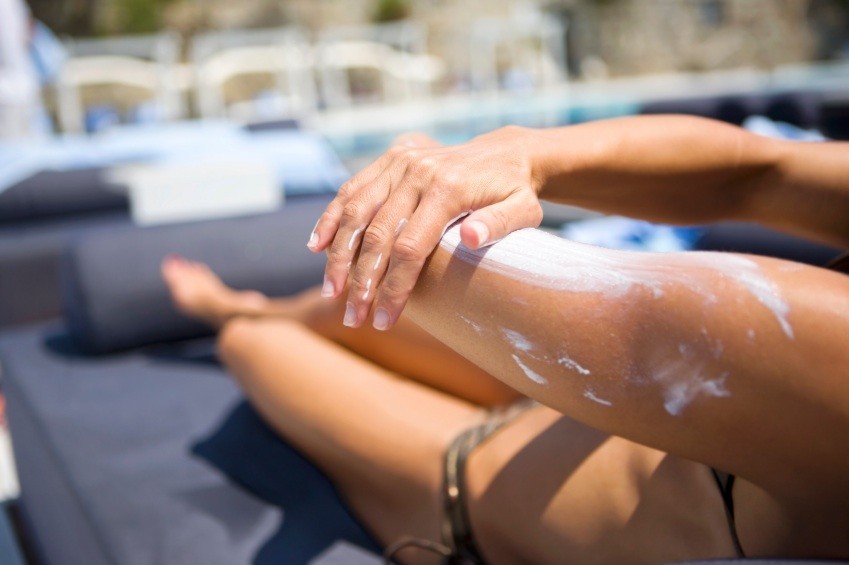 Unless you’ve been living under a rock (the 100 percent organic method of avoidance), you’ve heard about the various arguments regarding the utter destruction that parabens and silicones might be raging on our bodies, souls and minds. They’re the new gluten. So when we visited a panel given by Eucerin’s Skin First Council of dermatologists on the topic and the words “not all bad” were repeatedly emphasized, we were a bit taken aback. We’re not saying they’re great for you, of course – and we’ll fairly assume that they will be studied for years and years to come (and the facts could change down the line) — but they are probably not the source of all of our problems. Onto the next scapegoat! Skim milk, anyone? But first, the ten most interesting paraben and silicone-related facts that we came away with.

1. Synthetic molecules are sometimes better for you, because scientists can control exactly what goes into them.

“Synthetic molecules are not a bad thing,” said the Council. “It’s almost a better thing for skin, because you know exactly what you’re putting on it. With naturals, what people don’t realize is that there’s a lot of potential contact allergies as a product of that natural extract, or you don’t know what that natural portion is dissolved in, so it could be dissolved in a solvent that’s not really good for skin.”

2. Preservative-free products sound nice, but can pose an unlikely danger to cuts and scrapes.

“Everyone’s looking for preservative-free, however, there’s a reason why preservatives are in these products. It’s to prevent bacteria growth, especially in a lotion that you’re going to rub on your whole body,” said a Council dermatologist. “If you have a cut on your skin and there’s bacteria growing in that lotion, that bacteria can get under your skin and spread.”

3. Facing a choice between sun protection and parabens, some people are deciding to go without.

“In the search for products that don’t have parabens and are actually effective, we’re finding that a lot of people are not really getting as much out of sunscreens, the kind of benefit they’re looking for,” said the Council. “We’re seeing people who just choose not to use sunscreen at all, and they’re not having a bad reaction in terms of a rash, but they are putting themselves at long-term risk for all the things that come along with not wearing sun protection.”

4. Unless accompanied by a penetration enhancer, silicones stay on top of the skin—and that’s why they feel so great.

“Silicones by themselves just stay on the skin, and that’s why you feel that silky after-feel when you put something on that has silicone,” said a dermatologist. “There are certain things that are penetration enhancers, but I don’t know why you would use [them] unless you’re trying to really drive an active ingredient into the skin.”

5. Even so, most preservatives can’t stay in our system long enough to do damage.

“The majority of these preservatives like formaldehyde, for instance, are not fat soluble, which means they’re soluble in water and come out in your urine,” said the Counsel. “So the majority of these things are not even stored in our body, they’re excreted. In order to have a level that’s high enough to be basically an overload that will then be stored in your body, levels would have to be so, so huge. No one is getting those levels, even with all the different products that you put on everyday.”

6. So how much of something would it take to make our insides look like a silo for chemicals?

“It’d take thirty thousand vats a day, or something like that, to get to even a somewhat storable level of some of these preservatives in a wash,” said a Counsel dermatologist. “So the question is, is there even a problem with these ingredients, which we don’t have evidence that there really is. But even if there was, are we getting enough that it’s even stored in our bodies? And the answer is no.”

7. Even more than with foundation (gasp), application method makes a big difference:

“We’re mindful that you’re not supposed to inhale certain products, so that’s why, when you may read about certain things that are delivered by spray form, they may be perfectly safe on the skin but you’re not supposed to inhale them,” said a Counsel dermatologist. “So you have to really research when something might be ‘dangerous,’ what exactly is it, so that you don’t extrapolate that it’s dangerous to put on the skin, because it may not be at all.”

8. The preservatives replacing parabens and silicones may not be quite as infamous, but they could be just as bad.

“Parabens are not all bad, and the things that they are being replaced with now are probably not the ideal thing,” said the Counsel. “They’re probably not tested as well as this class of compounds are.”

9. A little bit of multiple preservatives in sunscreen protects better than just one does.

“People are trying to do a little bit of a bunch of preservatives, so you’re not just getting one preservative, you’re really getting about four or five. And when you get that mixture, you have a better broad-spectrum efficacy.”

10. Products with silicone feel better—and are more likely to be used.

“I think the silicone issue is a very valid point, because there are biodegradability issues with it, but there’s also one of these other things: people love to have products that feel good,” said a Counsel dermatologist. “Silicones are not all bad; they’re different types of chemical structures. But the silicone question is a big one because you can formulate wonderful products, but if they’re not aesthetically pleasing, your consumer base and your patients will not use them.”

To Learn More About Chemicals In Beauty Products:
Lawmakers Debate Making FDA Registration Mandatory For Cosmetic Companies
Turns Out Parabens May Be Safe After All
Can Your Beauty Products Harm You?