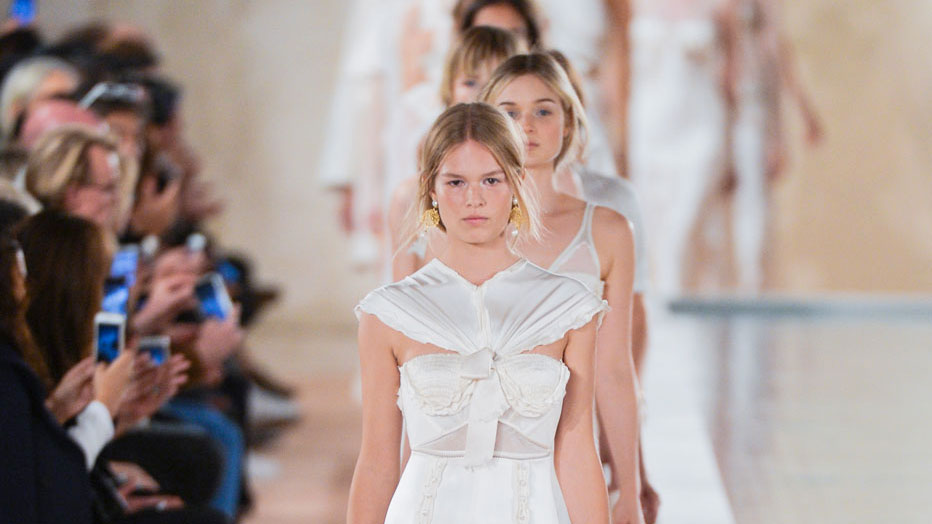 The fashion crowd’s been standing by for an announcement about who would succeed Alexander Wang as artistic director at Balenciaga, and now, the news is in: 34-year-old Georgian designer, Demna Gvasalia, is set to take the reigns.

Gvasalia is the founder of Vêtements, a breakout Parisian label that was a finalist in this year’s LVMH Prize. Now starting on its fifth collection, the buzzy brand’s oversized tailoring and reconstructed denim is earning a reputation as the hot-ticket items seasonally—both Kanye West and Rihanna have been spotted wearing Vêtements recently, a pretty good sign that the label’s onto something good.

Like notable designer Dries Van Noten, Gvasalia trained at the Royal Academy of Fine Arts Antwerp in Belgium, going on to head up design teams at both Maison Martin Margiela and Louis Vuitton.

“We really wanted somebody that has a vision, and someone capable of reshuffling the cards,” Balenciaga chief executive officer and president Isabelle Guichot, told WWD. “I was really amazed by his ability to develop an approach to the brand that was really new and that was really his own.”

WWD confirms that Gvasalia will debut his first collection at the women’s ready-to-wear shows in March, but, as Wang did with his self-titled label, the Georgian designer will continue working on his own label, Vêtements.

“I am extremely honored and excited to be given the opportunity to bring my creative vision to Balenciaga, a house with such an exceptional history of pushing the boundaries of modernity in fashion,” Gvasalia said.