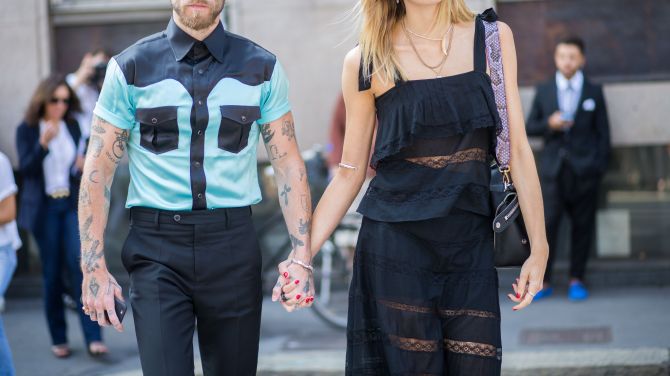 We all know how hard habits are to break—in fact, a study done by Washington University suggests that over time, our bad habits become automatic, learned behaviors. What you may not realize, however, is that they don’t just form in your daily life but in your relationships too. Like any habit, a bad relationship habit is one that continues to occur even though it causes you or your partner distress. It works against your relationship and can even destroy it.

“You know when your relationship is suffering from the effects of bad habits when you feel like something is off or missing in your life with your partner,” says University of Massachusetts psychology professor Susan Whitbourne. “But knowing each other’s bad habits is good in that it helps your intimacy grow rather than become stifled or tense.”

Here are five of the most common bad relationship habits and how to break them—before they break your relationship.

Waiting for your partner to initiate sex

Holding on to the idea that you need to be approached first by your partner for sex—or any other form of affection—will leave you waiting and unsatisfied. “Not only can this habit keep you from fulfilling your own needs, but it can send the wrong signal to your partner that you’re ‘just not that into’ him or her,” says Whitbourne.

How to break it: Learn to verbalize what you want, when you want it.
“Recall times in your life when you were in control of any situation and the outcome was positive,” suggests Whitbourne. “This can be enough to prompt you to feel that it’s OK to exercise control in your relationship as well.” So if you feel in the mood, make a move—it’s a two-way street.

Arguing about the same thing over and over

Chances are if you’re fighting about one thing all the time, you can likely predict how you’ll both feel after the argument. Whitbourne says couples who fight over the same thing repeatedly aren’t resolving the underlying issue. “Often an argument about ‘X’ is really about ‘Y,’ where ‘Y’ is something deeper-seated, such as a partner’s feelings of insecurity and need for constant reassurance,” she explains.

How to break it: Set specific times to communicate.
“Before you slide into the routine set of complaints, try to find time when you can both talk calmly about the recurring problem and come up with a plan to keep it from happening,” says Whitbourne.

Taking your significant other for granted

While this behavior could be construed as a good sign in the sense that you feel you can rely on one another, it’s still a bad and common habit couples fall into. One party may feel that they “expect” their partner to do, say, and accept certain things, says Whitbourne. “In turn, the partner may start to feel undervalued and taken advantage of,” she says.

How to break it: Say “thank you” often.
Taking the time to recognize how much your S.O. does for your life and the relationship will show them how appreciative you are.

Not sitting down to meals together

You may have heard the saying “couples who eat together, stay together,” and psychiatrist Mark Banschick, MD, says there’s some truth to that. He notes in a piece for Psychology Today that simply talking about sharing a meal and what to eat can create a stronger bond between people. However, with busy schedules, couples—especially those not living together—may just barely get to see each other every day, let alone break bread together.

How to break it: Even if you’re swamped, be sure to schedule at least one regular meal together with no distractions.
Eating together may remedy some of the other bad habits because you’re forced to sit and talk about things, notes Whitbourne. “You need to commit to at least one—distraction-free—shared meal per week or whatever regular basis you can arrange,” she says.

Being constantly plugged in

Using technology is a great way to stay connected when apart, but when you’re with your significant other, devices offer nothing but distraction. When we’re giving our phones more attention than our partners, it inhibits communication and can lead one partner to feel neglected or not taken seriously, says Whitbourne.

How to break it: Disconnect during certain times.
It’s important to focus on the present when you’re with your partner. Whitbourne suggests setting rules on when you can and can’t use your phones, like while on dates, after a certain hour, or while in the car.