Google “relationship advice” and you’ll find endless pages of tips, tricks and tactics—most of which a modern, intelligent woman has little to no use for. For instance, while great in theory, gems like “stop waiting and live your life” and “love yourself” might be true and valid in theory, they’re not especially helpful or actionable when you’re trying to figure out what to do about your love life IRL.

While, admittedly, there’s no one-size-fits-all answer or how-to for building a strong, happy relationship with a high chance of success, there’s some dating advice out there that might actually be preventing you from getting the love life you want. In the interest of dodging those landmines of bad tips, here are 15 absolutely counterproductive relationship tips to stop following ASAP.

MORE: Your 2016 Guide to Money Etiquette in Dating

No, actually, it’s not. If you’ve been dating someone for awhile and you’re happy enough, but still feel like something’s off, missing, or just generally unsure about the future, don’t force it. “There’s nothing wrong with holding out for the partner of your dreams. We’re living far too long in 2016 to settle for second or third rate mates,” says Hokemeyer. You’ll be glad when you finally find an incredible match that you didn’t permanently take yourself off the market for anything less. Need some help identifying the signs that it’s time to cut the cord on a “meh” relationship? Check out how these real women knew they had to move on.

“Make a Point by Giving the Silent Treatment.”

Whether it’s purposely waiting to text back or just not speaking to your partner when you’re upset about something, the silent treatment isn’t just bad advice, it’s also immature. “Communication is important to any relationship. Think about it: Prisons use solitary confinement as punishment,” says relationship expert, Michelle Crosby. Is that really how you want to treat anyone, let alone your S.O.? Wait until you’ve cooled off enough so that you feel ready to have a calm, respectful conversation, and approach your partner with the issue—showing him or her your vulnerable side, not just your pissed-off one.

Apparently, some people do this just to make their partner pay attention. STOP, please. “Sex is not and should not be used as leverage because intimacy should be natural and spontaneous to both of you,” says Badinter. Not only is it unhealthy to use sex as a weapon or power play, because you risk damaging the purity of lust and desire, but it’s a totally ineffective way to communicate and get what you want. Refer to the above tip for what to do instead. And remember, make love, not trade deals! 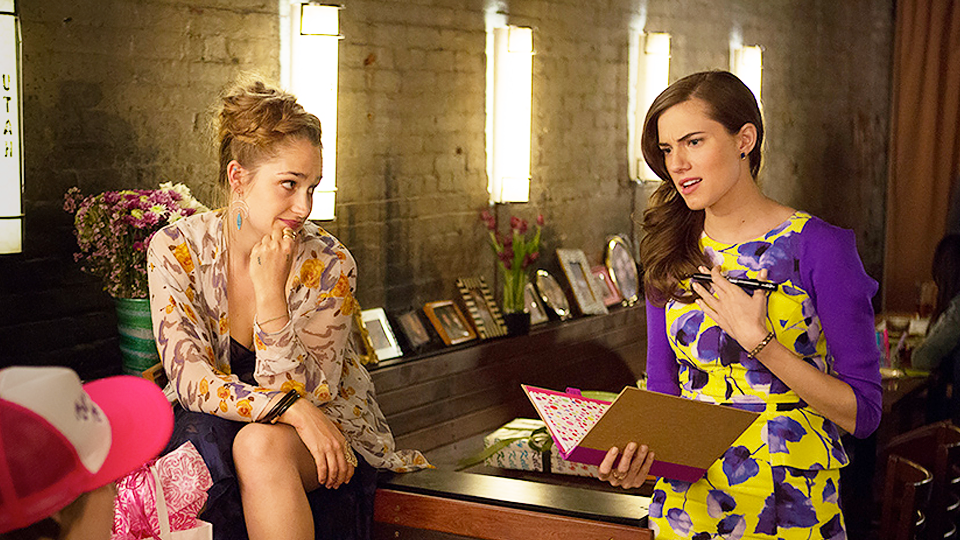 “Learn to be ‘Irresistible.'”

If you’re a woman of a certain—or pretty much any—age, you’ve no doubt read some chees-tastic advice in women’s magazines about how to become a sex magnet who has total power over your partner, whether it’s sexual or emotional. Turning up the heat in your relationship is one thing (that’s never a bad idea) but trying to become someone you’re not—for instance, someone who wears lacy lingerie rather than comfy sweats on a date night in, or someone who prefers nesting over working 60 hours a week to get ahead in your cutthroat career—is quite another. Here’s some better advice: Take all the tips that tell you how to become a sex kitten or love magnet and throw them from your window. “Irresistibility” is a terrible goal to strive for because it’s impossible to attain and you won’t have fun trying. “It will only make you more insecure. Your goal is to be YOU and to only look for someone who loves who YOU are,” says Ken Page, relationship psychotherapist and author of Deeper Dating: How to Drop the Games of Seduction and Discover the Power of Intimacy.

“Be Strong, but Not Too Strong.”

Women are told all the time that strong figures of female empowerment are people to look up to—whether it’s Hillary Clinton or Gloria Steinem—but we’re also supposed to be sexy, feminine, soft, and vulnerable. In other words, look like Kerry Washington while kicking ass and taking names like Olivia Pope (who’s a highly improbably and fictional TV character, BTW). The way this translates to relationships is that, especially in the case of heterosexual dynamics, you’re supposed to embody these two opposing traits in order to not threaten traditional gender roles, especially if your partner is a man.

Well, the healthy way to be is simply to inhabit your emotions in a genuine way, whether that’s anger in one moment (strong) or sadness and fear in another (soft). Some women will be more naturally in tune with one end of the spectrum than the other, and that’s fine, because the right partner, whoever he or she is, will balance you out just fine. “By not expressing excitement about your latest work success to someone you’re dating because it overshadows or upstages him or her, you’re only suppressing your authentic self and playing more games,” says Page.

“Get Married Because it’s ‘Time.'”

It’s 2016, and while, sure, there are still “waves” of couples pairing off to tie the knot at certain ages (the post-grad wave, the late-20s wave, the mid-30s wave, etc.), that sure as hell doesn’t mean you should follow suit if you’re not ready. Just like going to college, a lot of people say—when asked why they got engaged when they did—that it’s “what they were supposed to do.” Well, news flash: You should be following your intuition and your own life path, not taking your cues from everyone around you. If that means you stay single until 45, or, hey, until you die, that’s better than getting married to the wrong person because you thought people would judge you if you didn’t. “Don’t merely follow the script of life and marriage and what seems like the logical next step,” says Crosby.  “Forget the ‘happily ever after’ script and write your own to suit your needs and goals in life,” she says.

MORE: 7 Tips for Breaking Up with Your S.O. When You Live Together