The news comes Life & Style also reported that Clare threatened to quit The Bachelorette after 12 days of filming because she had “already fallen in love” with Dale, her now-fiancé. “She told producers she no longer wanted to participate in the show,” a source told the magazine at the time. The insider also claimed that Clare “refused to come out of her room” while filming, and the producers were “blindsided” and were “scrambling to figure out what to do” after Clare stopped filming.

So how did Clare and Dale fall in love so fast? Well, in an Instagram Live interview on Friday, July 31, Reality Steve, a Bachelor spoilers site, revealed that he has reason to believe that Dale and Clare communicated before her season of The Bachelorette started filming in July. You see, Clare was first announced as the season 16 Bachelorette in February and was set to begin filming in March. Before filming was scheduled to begin, ABC released the list of the contestants for her season, which included Dale. When production was delayed because of the current health crisis, it’s possible that Dale and Clare communicated with each other off camera. In the past, The Bachelorette producers prevented leads from communicating with contestants before their seasons by not announcing the cast until the Bachelorette was cut off from outside world and had their phone removed. Because Clare’s season was delayed, she was able to return to the real world, and thus communicate with a contestant like Dale. 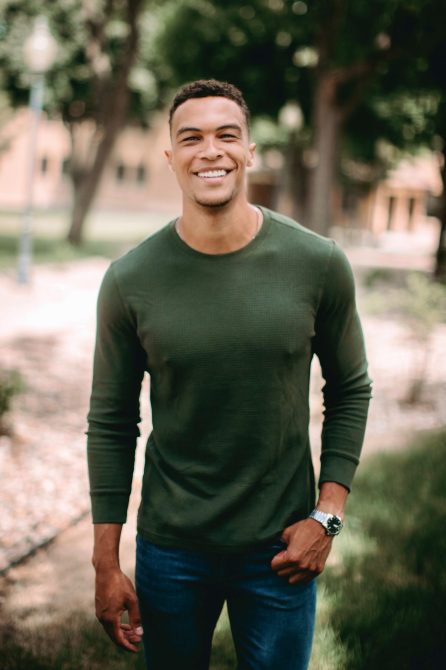 Though not all of Clare’s original men made it to La Quinta, California, where her quarantine version of The Bachelorette is filming, Dale was among the few that did, which means that it’s possible that Clare and Dale could’ve had a good four months of communicating online before they officially met on camera. Likewise, Life & Style reported that neither Clare nor Dale would tell producers when they fell in love with each other. “[They] won’t say exactly when cupid struck,” a source said. The insider also noted that there’s reason to believe that Clare and Dale even met in person in Palm Springs, a city near La Quinta, before they were quarantined for The Bachelorette. “People are wondering if it was love at first sight when she and Dale met up in Palm Springs two weeks ago,” the source said.

Reality Steve reported on his Instagram Live that Clare was midway through filming when she stopped filming, which led the Bachelorette producers to think of ways to save the season. Enter: Tayshia Adams, the runner-up from Colton Underwood’s season of The Bachelor. It’s reported that Tayshia was flown to La Quinta and quarantined there to replace Clare as the Bachelorette. New men will also be cast for Tayshia, and the old men will have the choice to either stay or go as the season starts over. Sounds juicy right? Congrats to Dale and Clare. Read our Bachelorette 2020 spoilers for more juicy details about season 15 of The Bachelorette. As Chris Harrison says, this season is about the most dramatic season ever.