You’re lying if you don’t say your favorite character in Crazy Rich Asians wasn’t Goh Peik Lin played by Awkwafina. The actress is hilarious in whatever role she plays, but, in case you don’t follow her on Instagram, the girl also knows how to freakin’ dress. That’s why I was so excited to see Awkwafina’s 2019 Oscars look. It was the actress and rapper’s first time walking the Academy Awards red carpet, and, I have to say, she killed it. Awkwafina wore a sparkly pink suit on the red carpet, and now I’m just anxious to see what outfit she wears when she’s actually nominated for an Oscar.

Awkwafina arrived to the 2019 Academy Awards in a sparkly and metallic pink DSquared2 suit so stunning, I had to check my pulse after seeing it. She’s donned both sparkly and Cinderella-eque gowns, but nothing like this all-pink ensemble. It’s like Awkwafina took a page from Barbie’s book, but made it entirely her own. The actress and rapper looked incredibly cool and effortlessly chic. 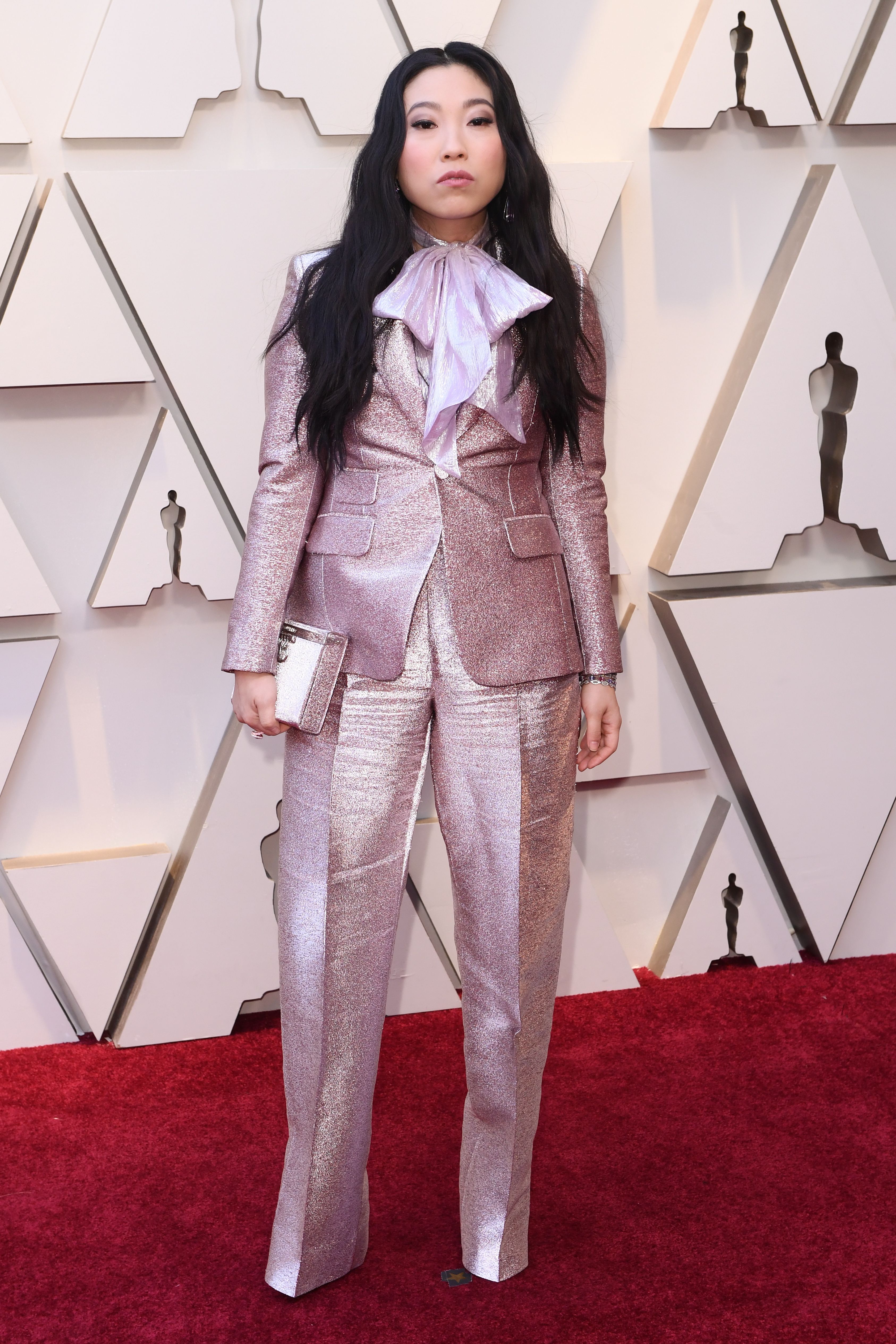 The details of the actress and rapper’s ensemble were so incredible as well. She wore a pink pussy bow around her neck and actually matched her purse to the metallic and sparkly suit. I mean, how iconic is that? Awkwafina had her hair long and wavy with a fresh-faced makeup look, including a pretty light pink lip. IDK who gave Awkwafina the right to be this cool, but I’m thankful she is.

Though not nominated for any awards herself, Awkwafina attended the 2019 Oscars present an award and represent Crazy Rich Asians. TBH, I’m pretty shocked that Crazy Rich Asians was overlooked in every single awards category, but at least the Academy included the film’s stars as presenters. While the Oscar snub for both Awkwafina and Crazy Rich Asians is disappointing, at least we have the actress’ outfit to stare at all night long. Heart eyes only.