Austin Abrams thinks of himself as a “healthy balance” between Dash and Lily. Not too cynical. Not too optimistic. “I’m definitely somewhere in between,” he tells StyleCaster.”I think I’m a healthy balance of insane positivity and cynicism, because they’re on the opposite sides of the spectrum.”

Abrams stars as Dash in Dash & Lily, a new romantic comedy on Netflix based on David Levithan and Rachel Cohn’s 2010 book, Dash & Lily’s Book of Dares. The series, which premiered on November 10 and is set in New York City during the holidays, follows Dash as he and Lily, a teenage girl he’s never met, pass back and forth a notebook of dares he found at the Strand Book Store in Manhattan.

“It’s a bit unconventional in terms of a love story. There are love stories that do this sort of thing, like You’ve Got Mail. but I suppose it’s more rare,” he says. “There was something quite charming about it taking place in New York and these two kids doing dares to get to know each other.”

Like their characters, Abrams also exchanged a notebook with his costar, Midori Francis, who plays Lily, as a way for them to know more about each other.  “We kept a notebook ourselves to mirror the show, exchanging personal things to one another to mirror the trust that’s in the show,” Abrams says. “I thought it maybe could be helpful. Because we’re filming on different days, it very much mirrors the show in the sense that we really don’t get to see each other much. We thought we might as well give it a try and try  communicating through that way.” 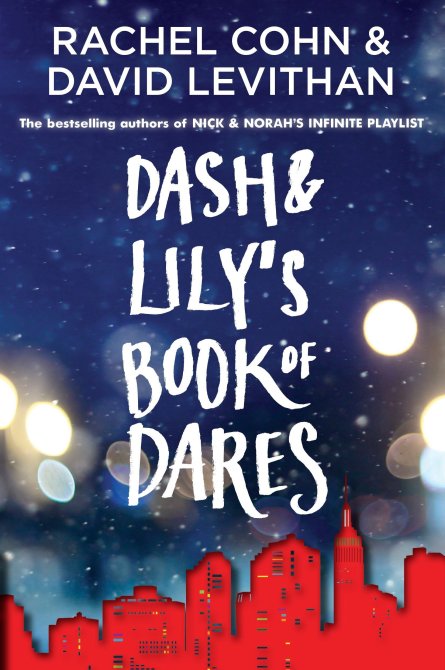 Ahead, Abrams talked to StyleCaster about if he relates to Dash or Lily more when it comes to Christmas, what he knows about Dash & Lily season 2 and what it was like to work with executive producer Nick Jonas.

On the first time he met Midori Francis

“We did a chemistry read and met through there. I wanted her to be the person from the beginning. From there, it was having dinners to get to know each other. Thankfully, we do have a good instant connection, which sometimes you’re lucky to have. Other times not so much when it comes to the person you’re playing opposite. She was just a great actor. You could tell that she was a thoughtful actor. We had a good chemistry.”

“We had people reading it for certain parts, which was helpful to have those certain beats to keep in your mind what the person wrote and what Lily wrote. When Dash is reading the notebook, there’s text in there. I didn’t want to just look at a blank page because that just sounds not as much fun. In the scenes Dash is writing in the notebook, I was actually writing it, as much as I could. Obviously, the dialogue is said faster than you can write it. But you write it as much as you can.”

“I like it. I like the fact of getting family together. So maybe I lean more towards the Lily side. I don’t have some sort of vendetta toward Christmas like Dash seems to.” 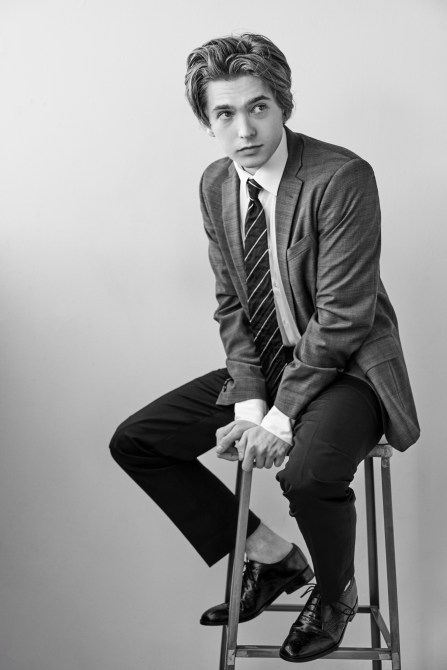 Image: Courtesy of The Riker Brothers.

“I didn’t meet him until we did that concert or until we did the scene in the trailer. I can’t remember which one came first. I didn’t meet him until then. In terms of his role, as a producer, I’m sure there was a lot more behind the scenes input that I’m not as aware of, but most producers, like him or Shawn Levy, that higher level, you don’t tend to see them on set as much except for maybe visit. [Nick, Joe and Kevin Jonas] were nice. They said congratulations. They got a nice posse with them. I found Nick to be a nice, normal guy. Just seemed like a very nice, professional dude. I think he’s very happy with the show and happy to be producing it.”

On if viewers can expect Dash & Lily season 2

“I’ve signed a couple years of my life to it. In terms of whether they’re going to do that or not, we’ll see. I have no idea. There is an interesting place to explore with his parents because you never get to see his mom, although I kind of like the fact that you don’t see her. It reminds me of Charlie Brown and not ever really seeing the parents. It’s up to the imagination of the audience to be like, ‘Who is this person like?’ That’s an aspect that could be interesting to me.”

Dash & Lily is available to stream on Netflix.