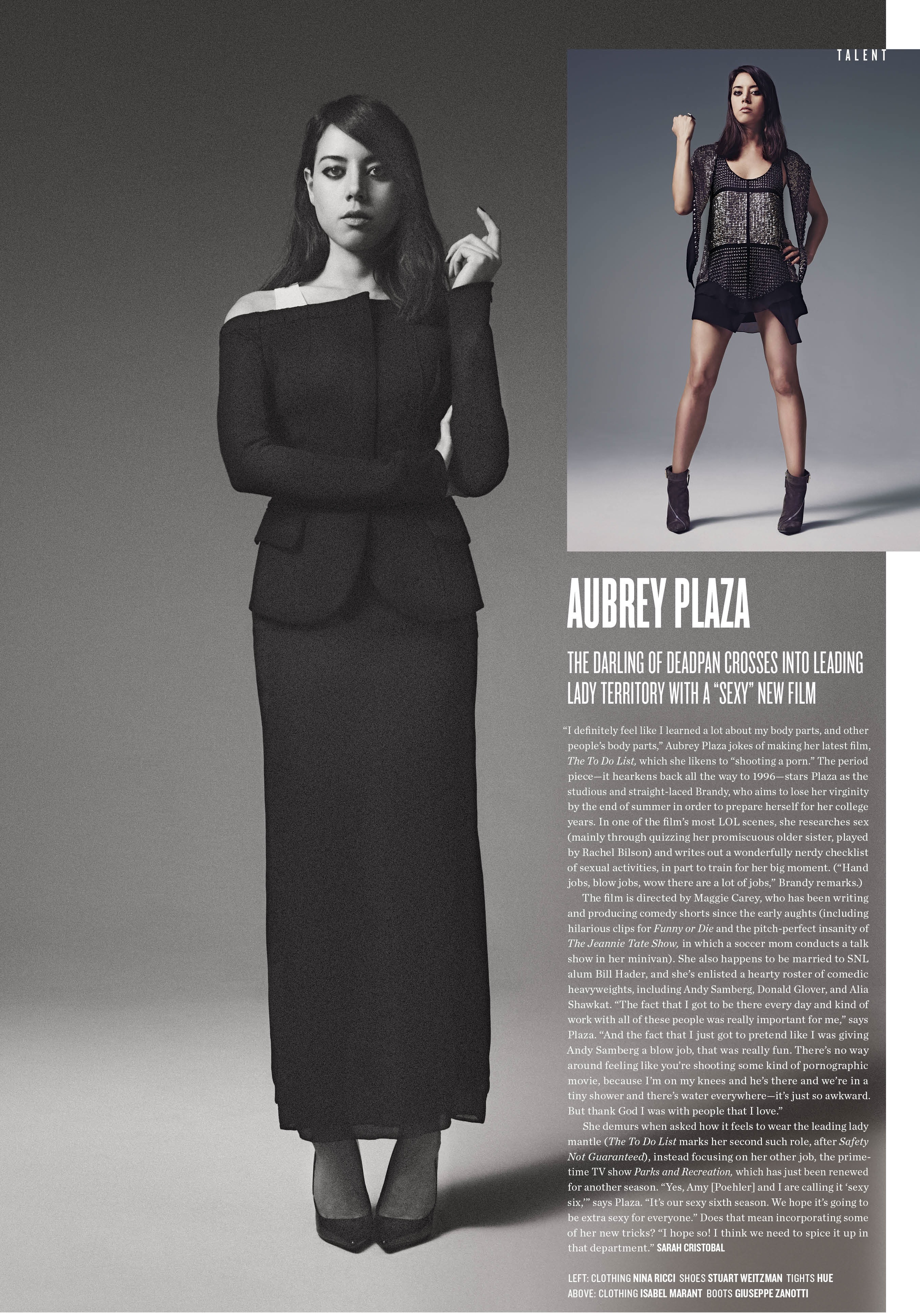 One of the breakout stars of NBC’s smash hit show “Parks and Recreation” is clearly the gorgeous Aubrey Plaza. The 29-year-old comedian first gained momentum in the stand-up world and is now on her way to becoming a full-fledged actress, with an upcoming starring role in “The To Do List,” alongside heavy hitters like Rachel Bilson and Andy Samberg.

Plaza posed for a spread in this month’s V Magazine in designer duds from Nina Ricci and Isabel Marant, and she also opened up about what it was like having a sex scene with Samberg, who has had a guest role on “Parks and Recreation.” “And the fact that I just got to pretend like I was giving Andy Samberg a blow job, that was really fun,” she said. “There’s no way around feeling like you’re shooting some kind of pornographic movie, because I’m on my knees and he’s there and we’re in a tiny shower and there’s water everywhere —it’s just so awkward. But thank God I was with people that I love.”

Clearly, the love scenes inspired her to step up her game for the upcoming season six of “Parks and Recreation.” “Yes, Amy Poehler and I are calling it ‘sexy six,'” she said. “It’s our sexy sixth season. We hope it’s going to be extra sexy for everyone. Does that mean incorporating some of her tricks? I hope so! I think we need to spice it up in that department.”

The issue (with iconic musician Prince on the cover) hits newsstands on July 18.