When I was in the first grade, I sat cross-legged on the linoleum floor of my elementary school’s cafeteria and watched Kristi Yamaguchi speak to my class about her club feet. I had never seen Yamaguchi skate, but I knew exactly who she was. She was an Olympic figure skater, a gold medalist, and one of the few Asian-American faces I noticed in the media growing up. I sat there entranced by the idea that someone with a last name like “Yamaguchi,” who had almond-shaped eyes like me and yellow-tinted skin like my mom, could be deemed an American hero.

Fast-forward 16 years, and I’m watching Chloe Kim win a gold medal in halfpipe snowboarding, Mirai Nagasu become the third-ever woman to land a triple axel at the Olympics, Nathan Chen perform a record-breaking six quadruple jumps, and 10 other Asian-Americans compete for Team USA. Though 13 is a drop in the bucket compared with the total 244 American athletes competing in PyeongChang this year, it’s still a record-breaking number of Asian-Americans at the Olympics and an accomplishment that isn’t lost among a community that is still struggling to be seen as American. 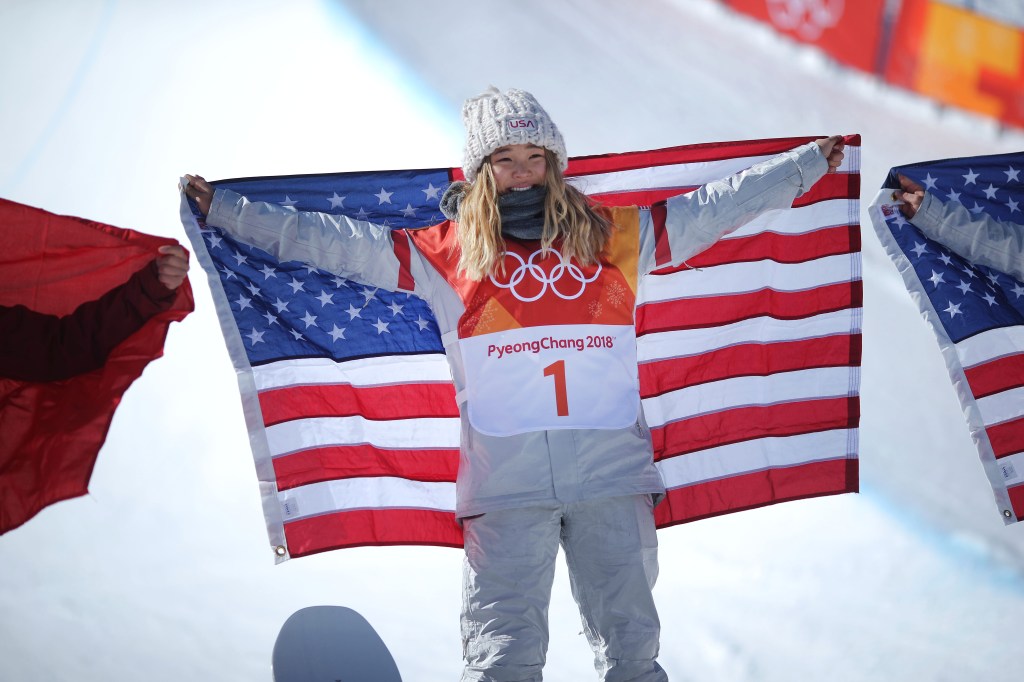 Asian-Americans are still struggling to be seen as American.

Growing up in a Vietnamese-dense community in Northern California, where more than 80 percent of my classmates were Asian-American and came from immigrant families, I was very aware of race and the pressure to assimilate. From as early as I can remember, there was an unspoken rule at school that equated Americanization with privilege. To be more American meant to be more popular. And so a subtle contest began to see who was the least “fobby,” a word derived from the slang term FOB, an acronym for “fresh off the boat.” Whose parents were the least strict? Whose family spoke the clearest English? Whose house smelled less of fish sauce and incenses? Who was the first to date a white guy?

Soon, for me, being American translated to being white, a dangerous territory to be in. Fobby was no longer a playful word used between my friends and me but a term that ostracized us from our Asian identity and thus the sacrifices that our parents made when they immigrated to the United States. We were so afraid of being othered that we did it to ourselves.

For me, being American translated to being white, a dangerous territory. 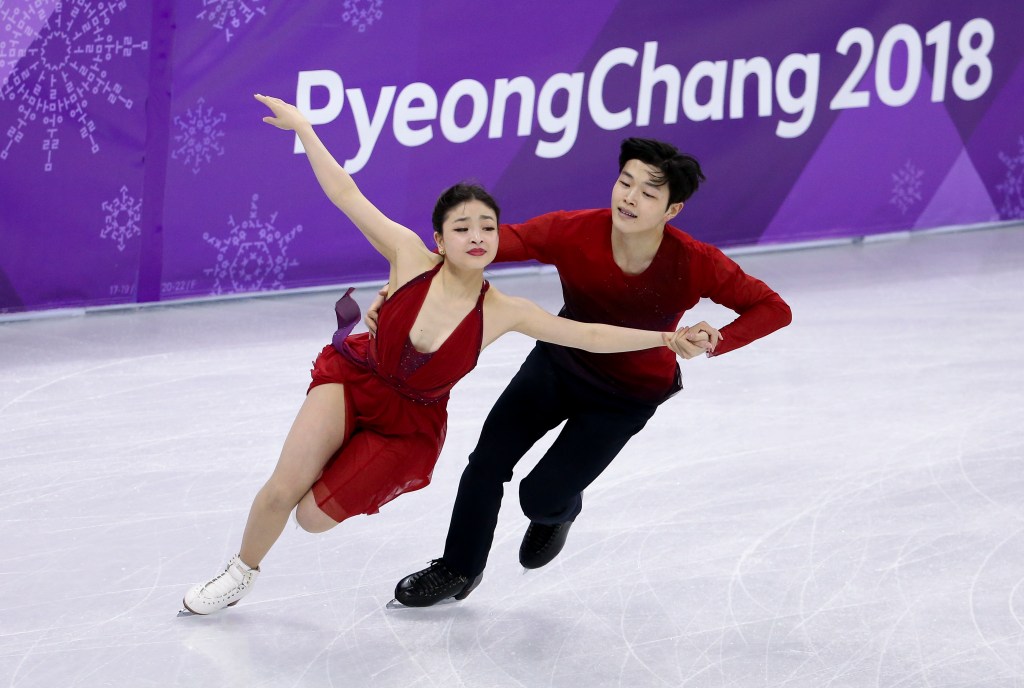 This is why New York Times writer Bari Weiss’s recently retweeting a video of Mirai Nagasu performing a triple axel with the caption “Immigrants: They get the job done” hit so close to home. Nagasu was born and raised in California and was competing at the Olympics for the United States, yet, presumably because of her name and appearance, Weiss assumed Nagasu was an immigrant—something that never would have happened to her white teammates.

Even Asian-Americans who are decked out in American-flag regalia aren’t seen as if they’re from here.

As model Chrissy Teigen, who is half-Thai, explained, Weiss’s tweet perpetuates the notion that Asian-Americans are foreigners in the United States. Teigen also noted that Weiss’s tweet, which attempted to quote the “Hamilton” lyric “Immigrants: We get the job done,” used they instead of we, further othering Nagasu. Though there is nothing wrong with being an immigrant, Weiss’s assumption that Nagasu wasn’t American-born is a stark reminder that even Asian-Americans who are competing for the United States in the Olympics and are decked out in American-flag regalia aren’t seen as if they’re from here. 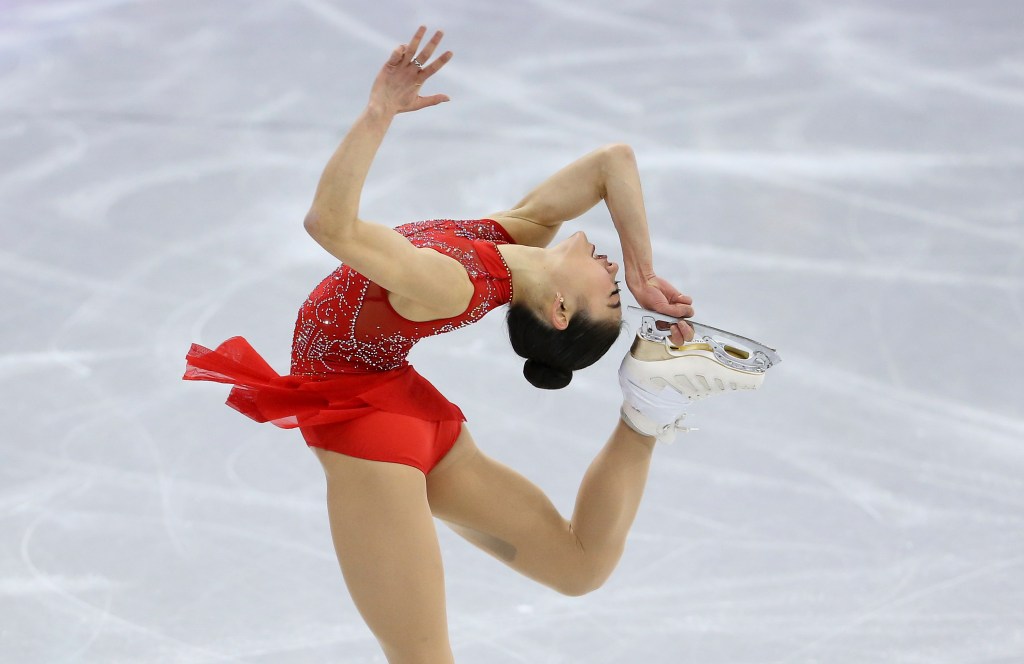 This is far from the first time an Asian-American has been othered at the Olympics. In 1998, MSNBC published an article with the headline “American Beats Out Kwan,” after Tara Lipinski won gold over Michelle Kwan’s silver at that year’s Winter Olympics. Lipinski and Kwan were both American and competing for the United States. MSNBC swiftly apologized, but the mistake left a bad taste in the mouth of Asian-Americans.

This time, there’s a greater platform to call out racist othering and hold people accountable.

Twenty years later, the same mistake is being made at another Olympics, but this time, there’s a greater platform to call it out and hold the offenders accountable. Since the Olympics began, my Twitter feed has been flooded with Asian-American pride and people rooting for “everyone Asian-American,” proving that the good outweighs the bad. In addition to seeing Asian-Americans cheer on other Asian-Americans, it’s been satisfying to see mainstream news outlets pick up stories about Kim, Chen, and other Asian-American athletes and witnessing non-Asian people call them their heroes and take them under the wing of American pride. 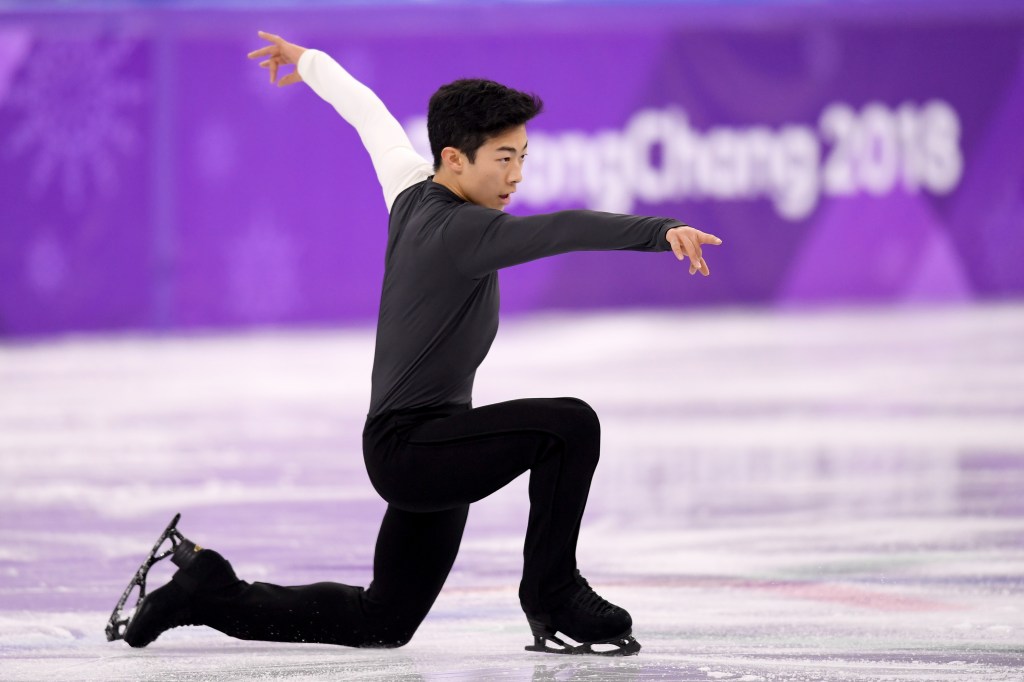 It’s hard to say whether seeing more Chens, Kims, or Yamaguchis growing up would have affected the internalized othering I experienced in school. But I do know that the next generation of Asian-Americans has a legion of unabashedly Asian, yet wholeheartedly American, role models to look up to. No matter where you were born, or how broken or clear your English is, or whether you’re an Olympic athlete or the just-immigrated parent of a first generation kid, we’re all on Team USA.