Ashton Kutcher and Mila Kunis welcomed a baby girl Tuesday, and now we’re getting a few new—and highly important details—about the tot, though not without a trace of Kutcher’s signature humor.

The ‘Two And A Half Men” star wrote on his aplus website: “Mila and I would like to welcome Wyatt Isabelle Kutcher to the world. May your life be filled with wonder, love, laughter, health, happiness, curiosity, and privacy.” 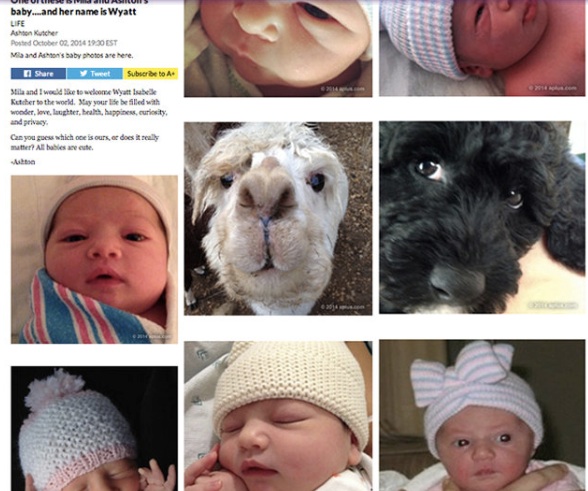 And then, Kutcher posted a photo of the baby—with five others, and a few dogs. “Can you guess which one is ours, or does it really matter?” he wrote. “All babies are cute.”

Well, if anyone was going to turn having a baby in to a giant episode of “Punk’d,” it’s Kutcher.

Head over to aplus now to take a look at the babies, and let us know which one you think is Wyatt!