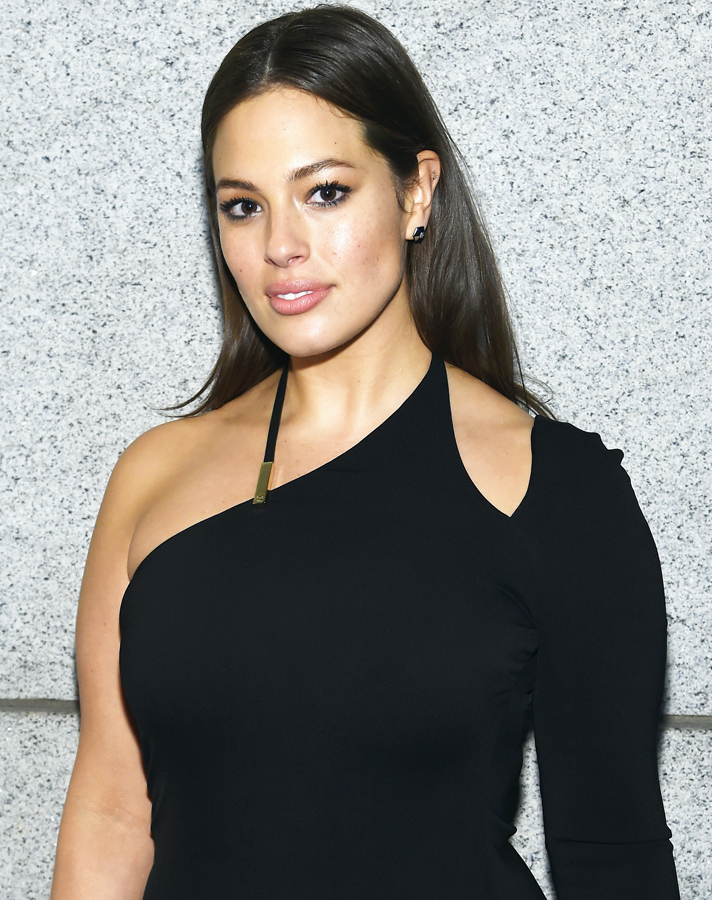 Graham announced the news today to her one million Instagram followers, sharing a snap of the SI shoot along with a caption: “It’s official – I’m a @si_swimsuit model!! This is a dream come true. Thank you to everyone who stood up for curves- our voices were heard and together we can help me win Rookie of the Year. Stay tuned for voting instructions #beautybeyondsize #siswim.”

It's official – I'm a @si_swimsuit model!! This is a dream come true. Thank you to everyone who stood up for curves- our voices were heard and together you can help me win Rookie of the Year. Stay tuned for voting instructions #beautybeyondsize #siswim

For those of you who aren’t familiar with Graham—or her hella-famous curves—her backstory is one that’s shared by a lot of big-time models: She was discovered in a mall in her hometown of Nebraska, entered the industry young, and worked her way up to gigs with major brands and high-profile magazines. However, what sets Graham apart is her unapologetic attitude toward body image. She’s a founding member of ALDA, a collaborative of models whose goal is to empower women and change the perception of beauty, and balances modeling gigs with public-speaking gigs at high schools, where she speaks with teens about body image. You might also remember back in 2010 that the model and activist caused a lot of buzz (and confirmed her curves are too hot for television) after starring in a campaign for plus-size clothing retailer Lane Bryant, an ad that was promptly banned from TV for being too risqué.

The announcement clearly is the latest in a series of casting choices to suggest Sports Illustrated is steering toward championing more body-positive beauty ideals. It’s hard to believe that it was only one year ago that Graham made history by becoming the first “plus-size” model to appear in an advertisement published within Sports Illustrated. It was during the same year that Australian beauty Robyn Lawley became the first plus-size model to ever be featured in a spread in the issue, and just last month UFC fighter Ronda Rousey nabbed the coveted spot for the magazine’s Swimsuit Issue.

If SI is moving in that direction, the mag is right on trend: Body positivity is on the rise in the fashion and modeling business—you only have to look to Annie Leibowitz’s portraits for this year’s Pirelli calendar, which nixed naked models in favor of strong, successful women like Amy Schumer and Serena Williams, for proof.