Let’s not beat around the bush here: Lime green is a hard color to wear. With all its head-turning vibrance and challenging yellow undertones, the shade can wash a person person out, overwhelm their outfit—or do both at the same damn time.

But Ashley Graham‘s ability to seamlessly work lime green into her autumn wardrobe has us questioning everything we thought we knew about the striking color—and its place in our closets.

MORE: Heidi Klum’s Cabin OOTD Is the Most Autumnal Thing We’ve Ever Seen

On Tuesday night, Graham took to Glamour’s “Women of the Year Awards” in a stunning two-piece ensemble, designed by the one and only Christian Siriano. The set featured a pair of lime green wide-leg pants and a matching top—a white bandeau with a billowy silk attachment crafted from reversible fabric (white on the top, lime green on the bottom).

The look felt distinctly ’70s, but offered a surprisingly contemporary vibe. And Graham showed off the ensemble in all its silky glory in an Instagram video later that night.

This isn’t the only time Graham’s sported lime green recently. Last month, she headed to a Hearst event wearing a figure-hugging chartreuse sweater dress. Though the piece skewed yellow, where last night’s matching set skewed green, both were clearly cut from the same color family. 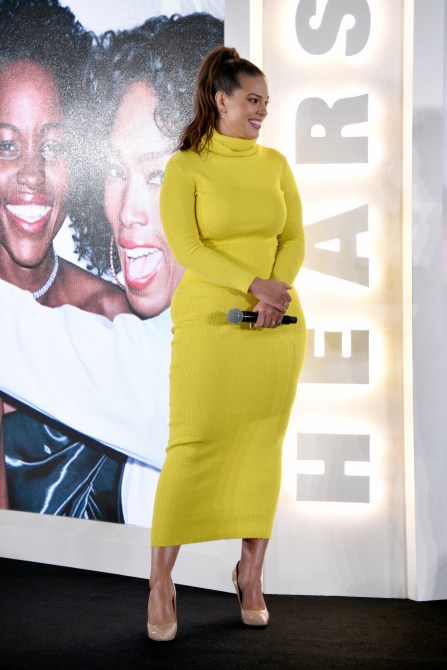 Not to mention, around the same time as the Hearst event, Graham showed up to an awards show sporting a similar palette. The model paired a cropped sweater with a lime green and yellow floral skirt—a piece that might’ve screamed “summer” were it not for the juxtaposition with the knit. 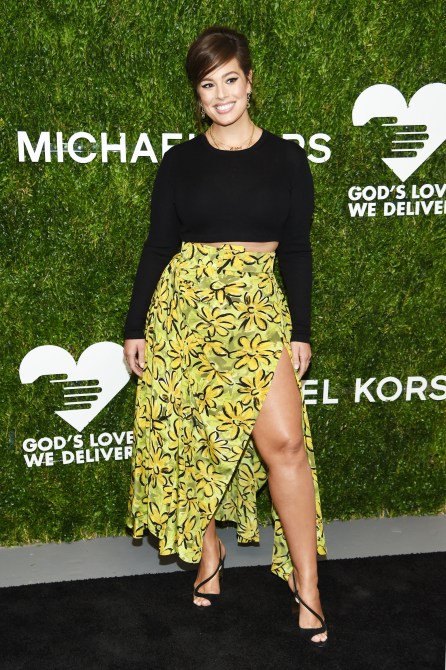 Traditionally, we’ve viewed fall as a season for neutrals—and pops of jewel tones. But Graham has us considering lime green more seriously than we ever have before.

The color likely won’t replace our autumn go-tos, but it might work its way into our wardrobes as a statement piece. Everyone needs a head-turning pop of color or two—and now that Graham’s shown us how to style it, lime green is officially on the menu.