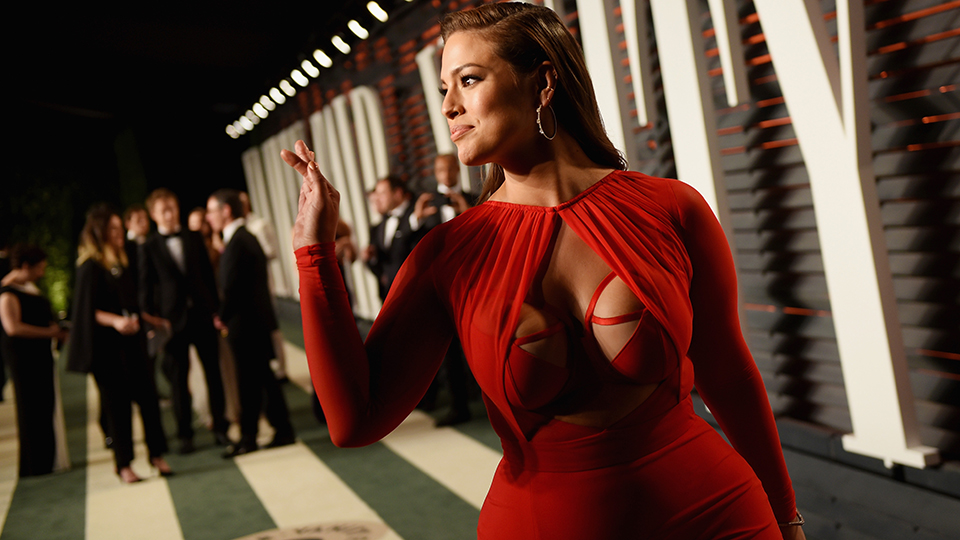 Back in 2010, Ashley Graham made headlines when her lingerie ad for Lane Bryant was banned by television networks—for seemingly no reason other than her size-16 curves.

The commercial is part of the plus-size retailer’s “This Body” campaign and, according to People, it has been rejected by major networks including NBC and ABC on the grounds of inappropriate content. The 30-second spot also features models Precious Lee, Denise Bidot, Georgia Pratt, and Tara Lynn, who is shown breastfeeding her infant son.

The raciest the footage gets is brief flashes of bare, soft midriff, and a shot of the models nude, but fully covered. It’s hardly NC-17-worthy stuff. Plus, most of the country has already seen Graham in a string bikini on the cover of Sports Illustrated‘s Swimsuit Issue at their local newsstand by now—so really, why the prudishness?

In a statement, Lane Bryant emphasized the message of body acceptance behind the ad:

“The THIS BODY campaign was meant to be a fun way for us to celebrate and honor women of all shapes and sizes. What is too much for some does not hold true for others. All women should be celebrated and feel empowered to express themselves as they see fit. We want her to know she can attract as much media attention, look just as striking as her smaller counterparts, and decide what beautiful means to her. The THIS BODY commercial holds nothing back. It is a true celebration of women of all sizes doing what makes THEM feel beautiful whether it’s breastfeeding their newborn, flaunting their bodies the way they see fit, breaking down barriers all around and simply being who they are or want to be!

NBC likewise issued a statement to People saying, “As part of the normal advertising standards process, we reviewed a rough cut of the ad and asked for minor edits to comply with broadcast indecency guidelines. The ad was not rejected, and we welcome the updated creative.”

And while that would be all well and good, we spent a full hour last night watching Victoria’s Secret models writhe around the beach on cable television in five inches of fabric, tops, so they’ll have to do better than “indecency guidelines” to excuse this.