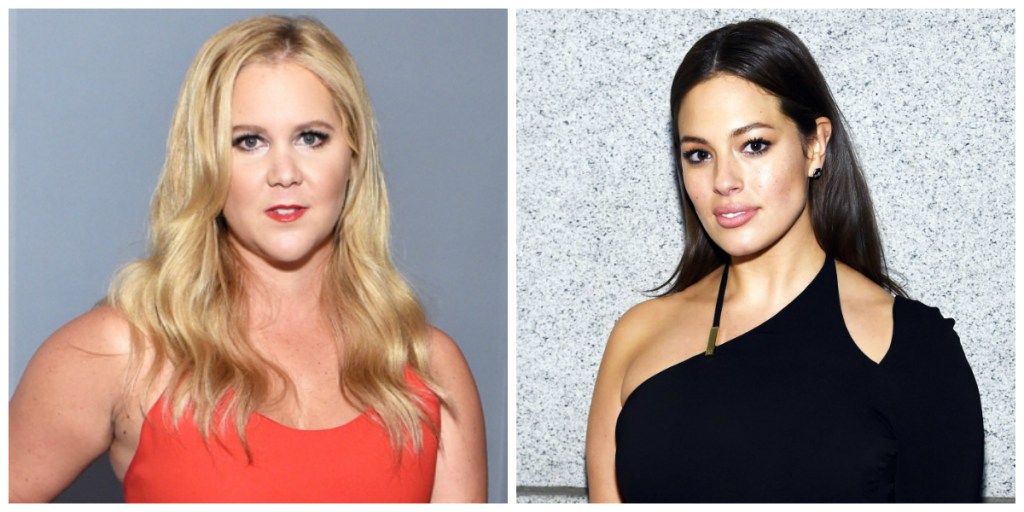 Does anyone remember that comment Amy Schumer made back in April about how ruffled she was about labeled “plus-size” by Glamour? No? Makes sense, it was three months ago, short-term memory fades fast. But one person seems to remember it quite well: Ashley Graham, who for some reason felt the need to revive Schumer’s remarks in a new interview with Cosmopolitan.

First off, a quick memory jog: Schumer was featured in Glamour‘s plus-size issue without her prior knowledge, and she was pissed when the issue dropped. Though she was quick to say that she wasn’t trying to fat-shame anyone, she said she didn’t feel as though she belonged in the plus-size category. “I think there’s nothing wrong with being plus size. Beautiful healthy women,” she wrote on Instagram. “Plus size is considered size 16 in America,” the comedian continued. “I go between a size 6 and an 8. @glamourmag put me in their plus size only issue without asking or letting me know and it doesn’t feel right to me. Young girls seeing my body type thinking that is plus size? What are your thoughts? Mine are not cool glamour not glamourous.”

Graham’s thoughts seem to be more along the lines of “cool, Glamour, glamourous.” As she put it to Cosmo, “I can see both sides, but Amy talks about being a big girl in the industry. You thrive on being a big girl, but when you’re grouped in with us, you’re not happy about it? That, to me, felt like a double standard.”

It should be noted that both Graham and Schumer were both shouted out on the cover of Glamour‘s bonus plus-size issue, a collaboration with Lane Bryant, along with Adele and Melissa McCarthy.

After Schumer posted her tirade to IG, a Glamour spokesperson told People, “First off, we love Amy, and our readers do too—which is why we featured her on the cover of Glamour last year. The cover line on this special edition—which is aimed at women size 12 and up—simply says “Women Who Inspire Us,” since we believe her passionate and vocal message of body positivity IS inspiring, as is the message of the many other women, of all sizes, featured. The edition did not describe her as plus-size. We are sorry if we offended her in any way.”

Though Graham apparently took umbrage at Schumer’s comments, she also doesn’t label herself plus-size, so we’re a bit confused as to why she’s so offended in the first place. “Just because I’m not calling myself plus-size doesn’t mean I’m not representing a woman who is,” she noted to Cosmo. “I’m giving curvy women a seat at a table that we’ve never been invited to before—a table with high-end fashion people who have never considered us beautiful.” If she’s going to be labeled plus-size, though, she apparently wants Schumer to take a seat at that table along with her too. Schumer hasn’t addressed Graham’s comments—yet.