After Pretty Little Liars finished filming at the end of 2016, Benson sold her Los Angeles home and decided to rent a smaller apartment in downtown Manhattan. “I kind of came empty handed,” Benson told People in an exclusive interview. “I obviously couldn’t bring furniture from my [L.A.] house to New York—it would have been too crazy.”

Instead, Benson started from square one. And the result is a carefully curated space filled with millennial pink walls, gold accents and all kinds of modern art. 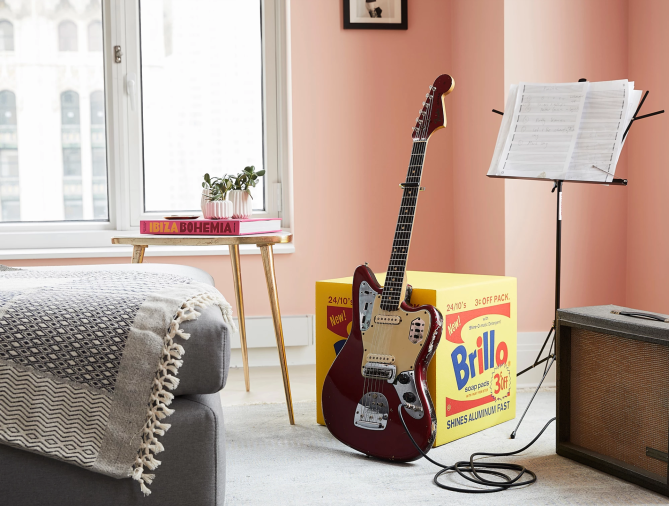 Benson credited her team with getting her apartment picture-perfect, but said she was an active collaborator throughout the process. 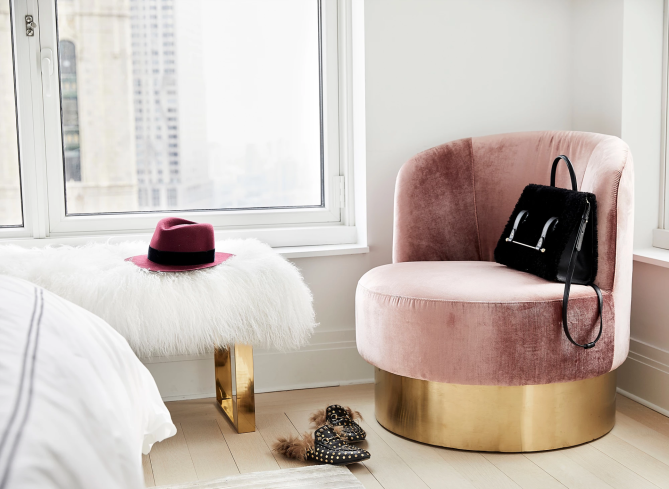 “I just made bolder decisions and took more risks,” she said. “I’ve never really done that in any of my other houses, so that’s definitely a new thing for me.” 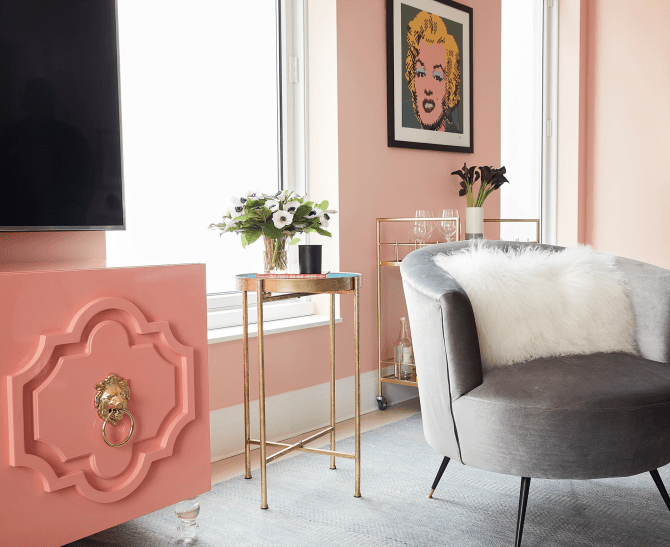 In addition to infusing her space with blush pinks and golds, Benson added pops of bolder tones in certain corners. She painted the walls of her powder room forest green and surrounded her dining room table with navy velvet chairs.

“[This] was my first New York apartment, and it was a really fun project,” Benson said. And the results are incredible. Um, when can we move in?