Engagement season is still going strong! Sometimes-pop singer Ashlee Simpson, 29, and her 25-year-old beau Evan Ross—the actor/musician son of the legendary Diana Ross—are getting hitched, after Simpson said yes to his proposal while the pair were on vacation recently in Hawaii.

“My baby love and I are ENGAGED!!! Hallelujah Hawaii !!!!!,” Ashlee tweeted last night, along with a photo of herself, Evan, and her brand new engagement ring, which can only be described as massive. The photo is all kinds of blown out and blurry, but the ring appears to be a large marquise-cut diamond set in the center of two intersecting diamond halos. In keeping with Ashlee’s love of a style that’s vintage-meets-rock, the ring has an antique vibe to it. Check it out: 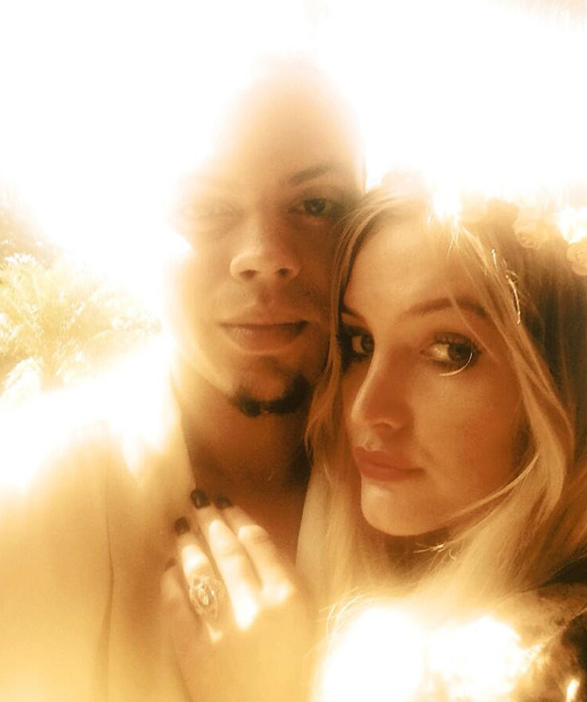 Congrats to the happy couple! May they have many musical family moments to come.