There’s a highly noteworthy trend we’ve been noticing as of late: artists have become kind of obsessed with fashion. And by “kind of,” we mean very: Between Ivan Orama taking on “fashion star” Kanye West, Bradley Theodore’s colorful paintings of everyone from Anna Wintour to Coco Chanel, to the fashion industry’s fascination with artists like Banksy, there’s a significant chunk of the contemporary art community who have their brushes (and other tools) firmly fixed on the fashion world.

Meet Jeremy Penn, the latest artist to take on the fashion world. The classically trained Brooklyn-based artist has a talent for  drawing colorful, abstract portraits of some of fashion’s most famous faces, like Diane von Furstenberg, Kate Moss, Karl Lagerfeld, the controversial John Galliano, and beyond.

“These people are icons,” Penn told StyleCaster of his recent work. “They’re style trendsetters. They’re the people who innovate a certain style or a certain look, which trickles down and effects people everywhere. Karl is just an enigma; he’s a master at what he does. He’s dedicated his life to something, and that’s how you become a master. His ability to understand the female mind and body is fascinating to me.” 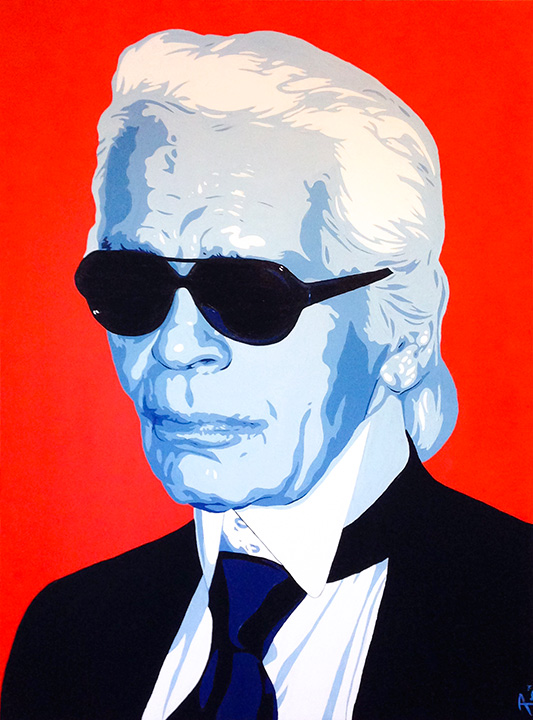 Even more fascinating, Penn says, is the role women play in fashion and in his work.

“If you look at a lot of my work, it’s a lot about women finding their power. [The DVF portrait is about] the empowerment of women. She is woman. She is it,” Penn said.

“She’s a role model to women everywhere. The power that she has as a woman, to me, her energy, her force—it transcends everything. Women are the gods of the world; we [men] are total servants to women. Finding these powerful women who change the world, they deserve to be treated as goddesses and to be painted. I believe a look from a woman is one of the most powerful weapons in the world.” 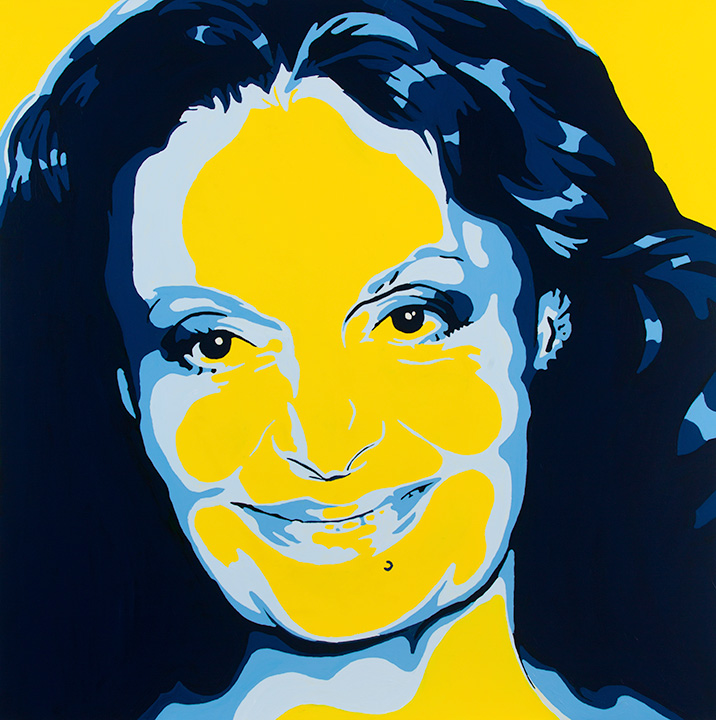 Penn’s paintings tend to be very blue in nature (“I used 50 shades of blue way before there was 50 shades of gray,” he joked), and he’s quite aware of the visual similarities people draw between his work and that of icon Andy Warhol.

“Some people at first glance might think that the work is a little Warhol-esque, and he was an innovator, but his mission with his work was completely different,” Penn explains. “There’s a very cerebral approach to my work, a lot of scientific research that I put into each piece.”

And according to Penn, that research is seriously intense. “With the Kate Moss portrait, for example, I researched her and her face for years. In art school, they teach you about the golden ratio, which is a scientific formula to perfection. When you apply the golden ratio to Moss’ face, it’s the closest thing to perfection that there is.” (As very open fans of the supermodel, we couldn’t agree more.) 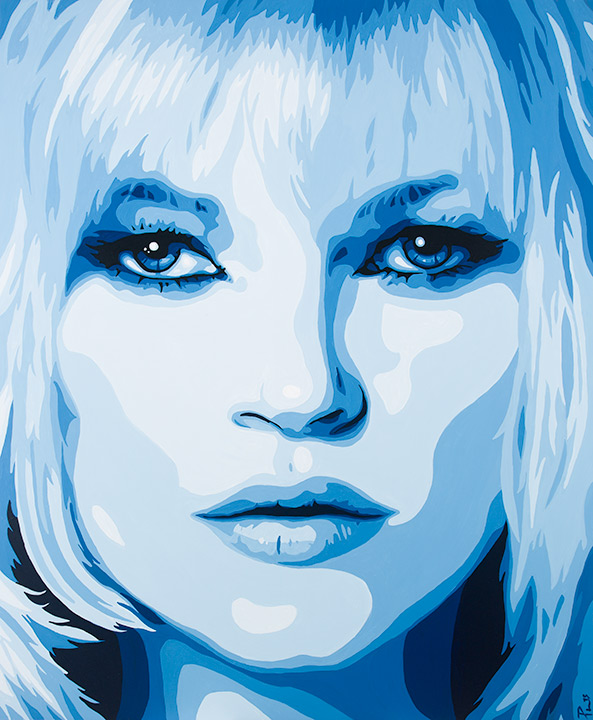 Head to Penn’s website to see more of his work, including a controversial portrait of John Galliano as a boy dressed up for his bar mitzvah, which Penn produced in the middle of Galliano’s unforgettable scandal over anti-Semitic comments. 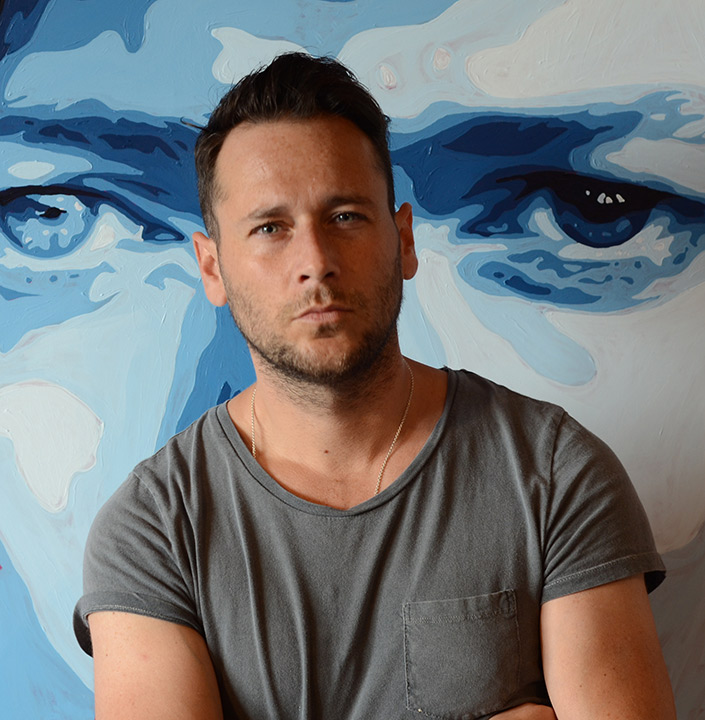