Kat McNamara may play Oliver Queen and Felicity Smoak’s daughter on The CW’s Arrow, but how well does she know the show she’s on? Ahead of the Arrow series finale on Tuesday, January 28, we put McNamara’s Arrow knowledge to the test to find out how much she really knows about the DC superhero show after two seasons as Mia Smoak. (Spoiler alert: The woman didn’t graduate from high school four years early for no reason. In other words, she killed it.)

As McNamara told StyleCaster in her January Digital Cover story, Arrow was her second audition after she found out that Shadowhunters was canceled in 2018. At first, she was told that the character would be a police officer who had a sharp tongue. “The sides were dummy sides, so it was a made-up character just for the audition. It was, like, a rookie cop who had a dark past and a bit of a dry sense of humor,” she recalled.  “I was like, ‘Oh. I’ll get to do something different. Something more structured. I’ll get to learn what cops go through.’”

Little did McNamara know that the character she was actually auditioning for was Mia Smoak, Oliver and Felicity’s adult daughter from the future. Needless to say, when showrunner Beth Schwartz told her truth after she got the part, McNamara freaked out. As for the series finale and her role in the upcoming Arrow spinoff, Green Arrow and the Canaries, McNamara teased that fans should expect the unexpected. “I think people are going to be very surprised at the take we have on things,” she said.“Expect the unexpected because you can’t really count on anything.” 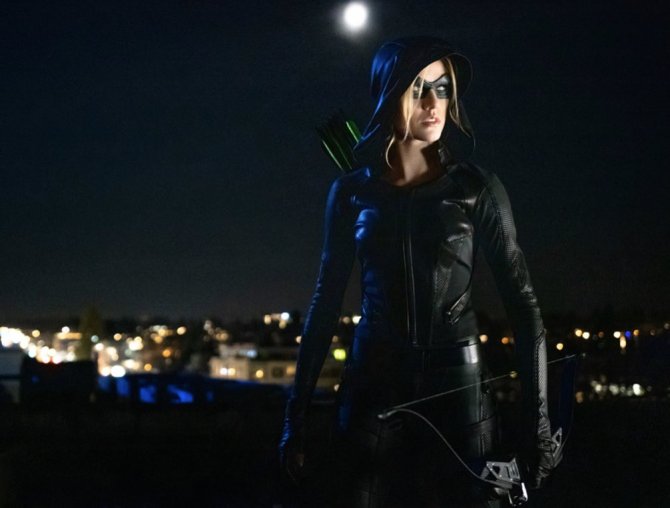 She also confirmed that the spinoff will center on Mia in the aftermath of her father’s death. “Having to pick up her father’s mantle so soon after meeting him and so soon after losing him is very difficult. It’s a huge hurdle that Mia has to jump over and really determine if she can see herself as this hero,” she said. “I think she questions a little bit if she can live up to his legacy.”

There’s a lot in store for both McNamara and Mia. To refresh your memory on the Arrowverse, watch Kat McNamara take the ultimate trivia challenge above.