The 2010s were a big decade for Kat McNamara. She started the decade as a math nerd who had dreams of becoming an economist. Fast forward 10 years later and McNamara is a cast member one of the longest-running superhero shows on TV: Arrow on The CW. She’s also the lead of Arrow‘s upcoming spinoff, Green Arrow and the Canaries, where she will lead Arrowverse’s first all-female superhero show.

Ahead of Arrow‘s series finale on Tuesday, January 28, we asked McNamara to look back on the moments that defined her decade, from her high school graduation at 14 to the moment she received the call that she was Oliver Queen and Felicity Smoak’s daughter on Arrow. “I’ve had a lot of doors open this year. I’ve had a lot of doors close this year. People have come into my life. People have gone out of my life. Jobs lost and gained, stories begun and ended,” McNamara told StyleCaster for January Digital Cover story. “I think the biggest lesson I’ve learned is, as crazy as things can get, it’s important to pause, take a breath and appreciate the moment that you’re in.”

Those who haven’t seen Arrow, may also remember McNamara as Clary Fray on Freeform’s Shadowhunters, which ran for three seasons. The part was one of McNamara’s defining moments of her decade, and, as she explained to StyleCaster, it’s where she grew up and transitioned from a child star to an adult. 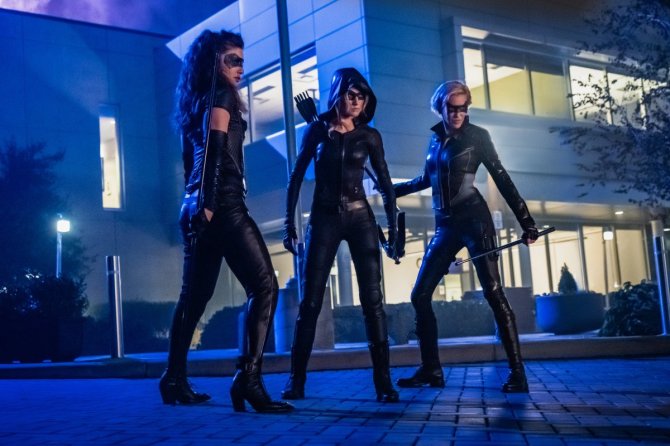 “Shadowhunters will always be really special to me because I’ve never had a character that’s so similar to who I am,” she told StyleCaster. “My journey very much parallels Clary’s journey as a girl who’s unsuspectingly thrown into this world with all this responsibility and has to grow up in the process. Shadowhunters became family for me.”

Find out more moments that defined Kat McNamara’s decade in the video above.