We have a bit of news for Ariel Winter: That dress you wore to the Emmys last night was almost the same exact dress Kylie Jenner wore last week during her blowout NYC Fashion Week extravaganza. Oh, you meant to twin with her? Oh, and you’re also trying to twin with her every day, all day? OK, then. Carry on.

Winter, who has been known of late for Instagram posts of the half-naked and bikini variety (sound familiar?), wore Yousef Al-Jasmi for her red carpet appearance last night, and she styled the look strikingly like Jenner—hair pinned up in a bun, same kind of sandals.

Jenner threw an R13 jean jacket over her much shorter version, and paired the dress with lucite Yeezy heels, cutting a decidedly more downtown image, but there’s no denying that the two dresses are almost exactly the same. 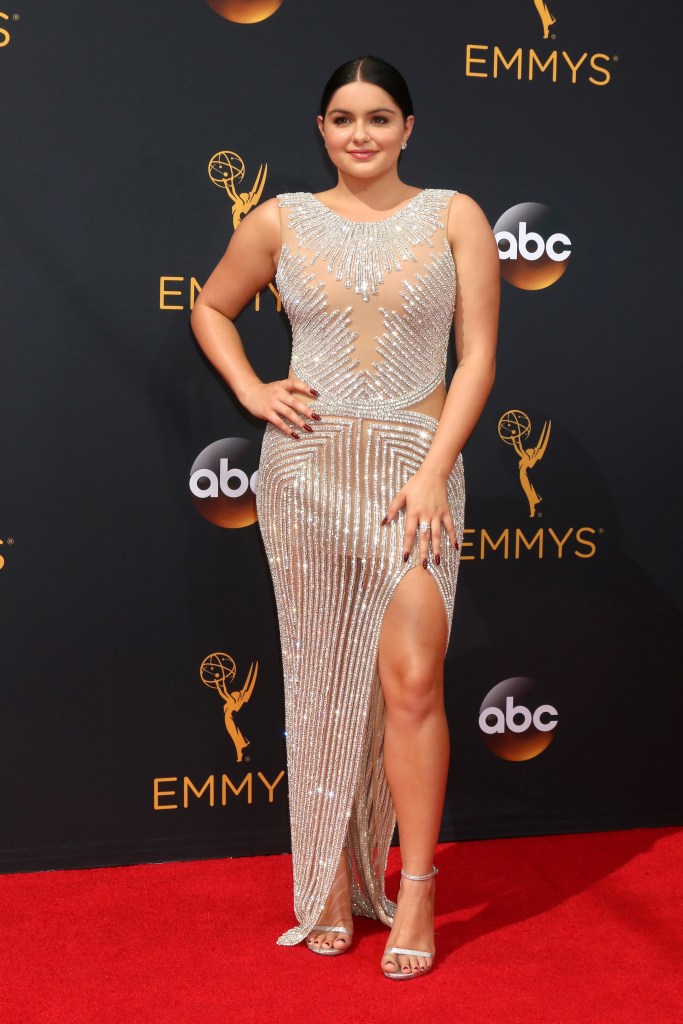 Winter told E! News that choosing her dress was the easiest part of her Emmys prep. “This was actually the quickest decision,” she said of finding the gown. “I saw it, tried it on, and I was like, ‘This is what I want to wear,’ and that’s that.”

No word on whether that decision had anything to do with a similar decision Jenner made a week ago, but—either way, they both look beautiful. A tad ice skater-y, but beautiful all the same.