It’s almost the weekend and we’re already getting cute new things to kick it off with. Ariana Grande’s “thank u, next” fragrance video is officially our favorite thing about today. If you recall back when the “God Is A Woman” songstress released the original vid–it was a Mean Girls/Bring It On/Legally Blonde mash-up moment that we’ve been dreaming about for our entire lives. It also involved Kris Jenner. Now, Ari’s back again with a mini remix.

Ariana teamed back up with director Hannah Lux Davis to promote the release of her new perfume– thank u, next (the fragrance). Just like before, a ton of rumors are swirling around the pop songstress in the video. They include

“I heard she sings to her rose garden every day. They get, like, a private concert.”

“I heard she swam with actual mermaids in the Bermuda Triangle.”

“Rumor has it, she put part of her ponytail in it.”

We cannot stop laughing about the ponytail joke. YouTube queen Colleen Ballinger (a.k.a. Miranda Sings) is also back for this video. But this time, she’s carrying a baby instead of holding her pregnant belly.  Watch it for yourself below.

The original song and album have broken a ton of records. The album has now earned over 2 billion on-demand audio streams in the US in 2019. It’s the first album to achieve this milestone. Meanwhile, the fragrance video is already trending.

By the way, if you were interested in the perfume, STYLECASTER’s Beauty Editor, Nikki Brown describes it as, “A fragrance to match your movin’ on mood, complete with juicy white pear and raspberry, creamy coconut and pink rose petals.” 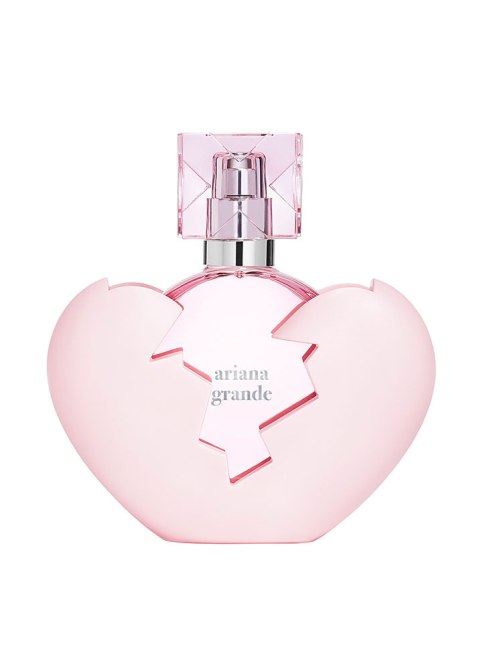